The new model of wireless headphones comes with the designation Realme buds q. The headphones are "true wireless" designs and were designed by José Lévy, co-founder of the popular brand Hermès.

The manufacturer has set the combined endurance (also with the battery in the box) and Bluetooth 20 technology on these headphones for 5.0 hours. The model also includes IP X4 certification for increased water protection (splash water resistance). 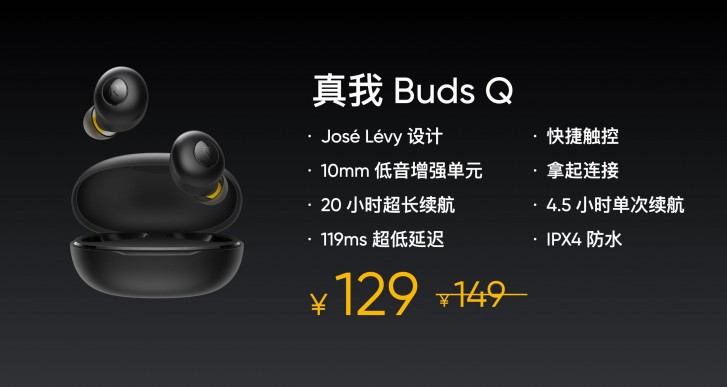 Each handset weighs only 3,6 grams and the total box with the box weighs only 35,3 grams. The headphones offer a converter with a diameter of 10 mm or a response level of only 119 ms. The box supports up to 30W fast cable charging. Wireless charging is not supported.

Headphones Realme buds q are starting to be sold exclusively in the Chinese market for the time being at an introductory price of CNY 129, which translates to approximately 17 € / USD 18.

The second model of headphones with the designation Real Buds Air Neo is with equipment similar to the already introduced Air model. It also offers the so-called "true wireless" design, only their inverter is larger with a dimension of 13 mm (compared to the 12 mm inverter of the Air model).

Unlike the Air model, this model does not offer wireless charging or active suppression of ambient noise. While the Buds Q model introduced above is characterized by soft silicone tips, this model resembles the popular AirPods headphones with a hard cube construction.

The combined endurance of the headphones with the box is at the level of 17 hours (3 hours last the headphones alone). There is no lack of Bluetooth 5.0 technology and a delay of only 119,2 ms. You will also enjoy an instant Bluetooth connection on Realme smartphones.

Real Buds Air Neo they will be on sale first in white, later also in green and red color versions. The model will be sold primarily in the Chinese and Indian markets at a price of CNY 270, which in current conversion is approximately 34,50 € / USD 37.

A pair of new external batteries are marked 30W Dart a Power bank 2. The first named 30W Dart offers a capacity of 10 mAh and can transmit and receive energy with a power of up to 000W. It should be exclusively available on the Chinese market and its price is not yet known. 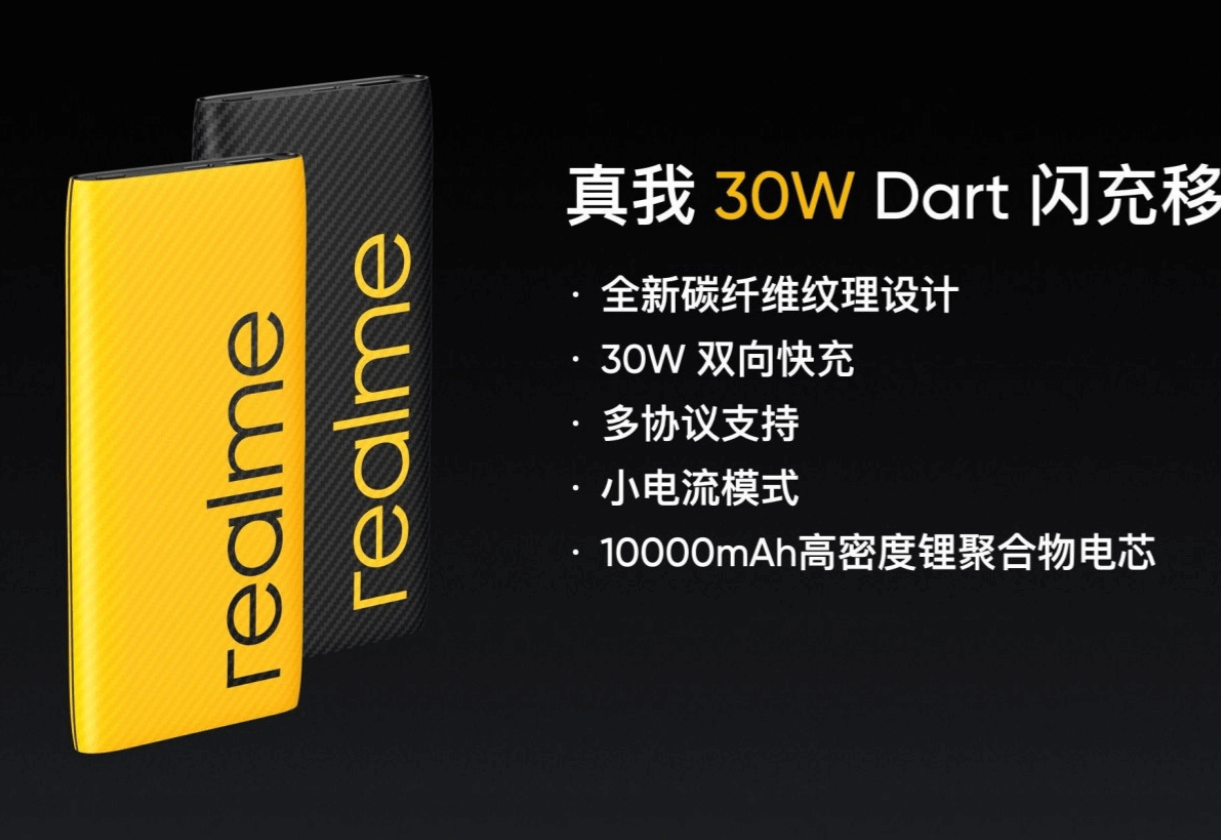 Power bank marked Powerbank 2 will also offer a capacity of 10 mAh, will offer bidirectional charging power at the level of 000W. It includes a standard USB-A port as well as a type C USB. This model is sold in India for 18 INR, which is 12 € / USD 13. 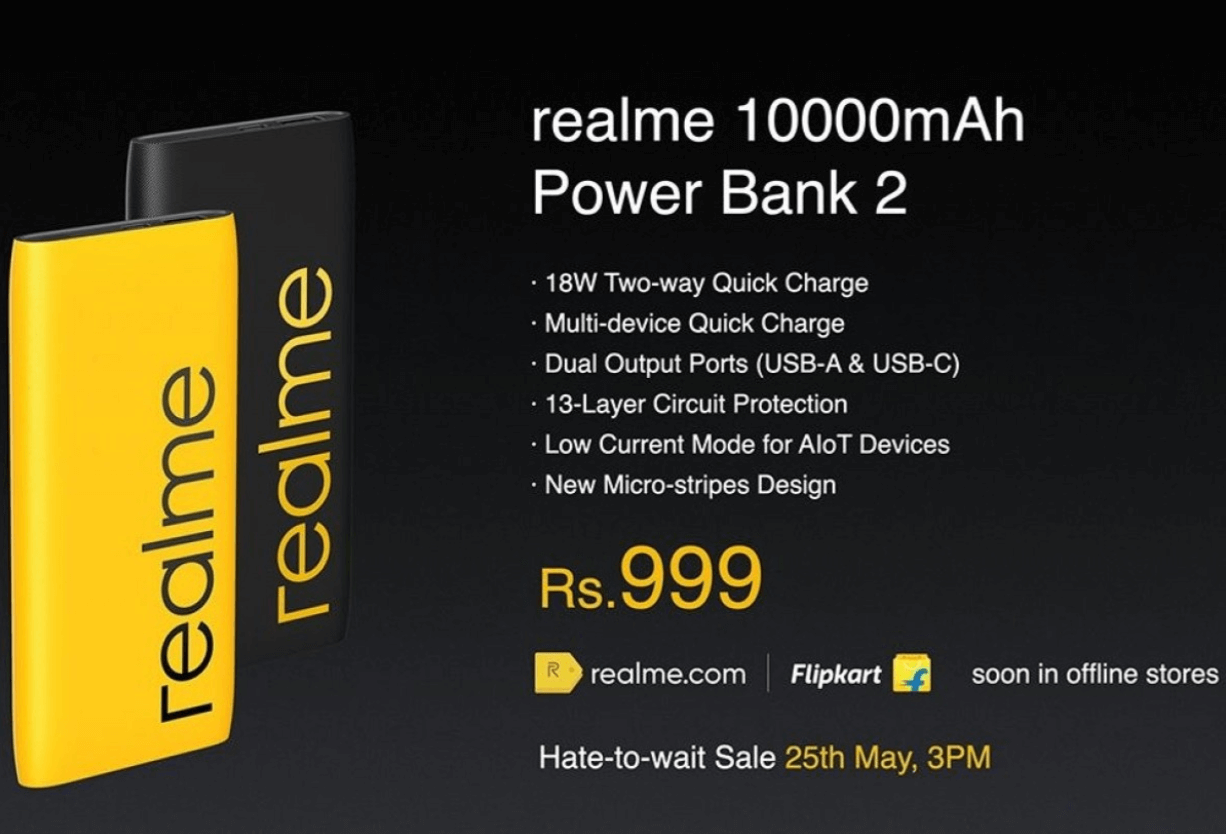 Realme 6s comes with a lower price than the basic model, 48 MPx main sensor and almost the same parameters

Jetbeam Mini One is a small and practical LED battery with USB-C. In addition to the advantageous price, it also has UV / RGB light