Electric compressor with accumulator Xiaomi Mi Portable Air Pump became a very popular gadget immediately after it went on sale. It was especially popular with scooters and cyclists, mainly due to its compact dimensions. In the editorial office, we tested and compared the first model with the recently introduced, improved version of 1S.

In the article you will learn what the differences are between the old and the new model, how the optimization manifested itself and whether it is worth buying a new version of this compressor.

As you can see from the parameters in the table, many changes are not visible. The biggest change is the optimization of functionality and performance while maintaining almost the same hardware.

Where to buy them?

Right at the beginning, we can compare the prices of the compressors themselves, which do not differ much. While the first generation compressor was priced at € 33 at the time of this test, the improved 1S could be purchased for just under € 40.

You can always find the current prices of both compressors on our sister website XiaomiPlanet.sk. There we regularly update prices and coupons in the articles.

In addition to the compressors themselves, the packaging of both products also includes an adapter for the "Presta" or galus valve for bicycles, a ball needle and a practical textile bag to protect the compressor during transport. The only difference is the presence of a short charging cable in the first generation package, which is missing in the package of the new compressor. 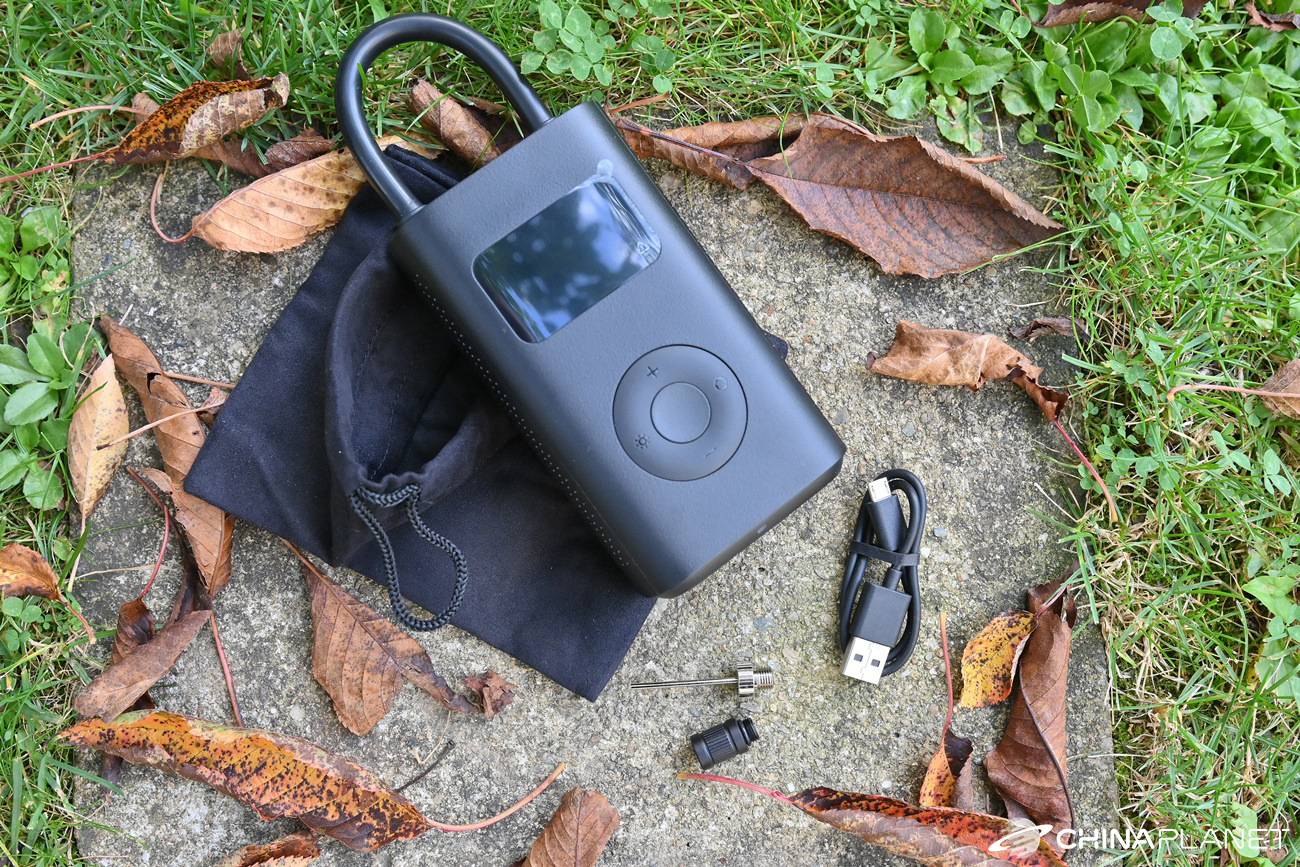 Design, processing and layout of elements

In terms of design, we have seen minor changes, which are more cosmetic. At first glance, the compressors look the same. The attentive eye will notice a different coloration of the frame of the port into which the tube is inserted. The first generation Xiaomi Mi Portable Air Pump has a red port frame, while the new generation has a silver frame.

The display has undergone a visible design change. Although its size is the same, the data display has been given a new style. However, it is also just a matter of changing the design, not the functionality or layout of the individual data on the display. The difference is only in the style of the main numbers, where the new version brings the so-called dotted lines. 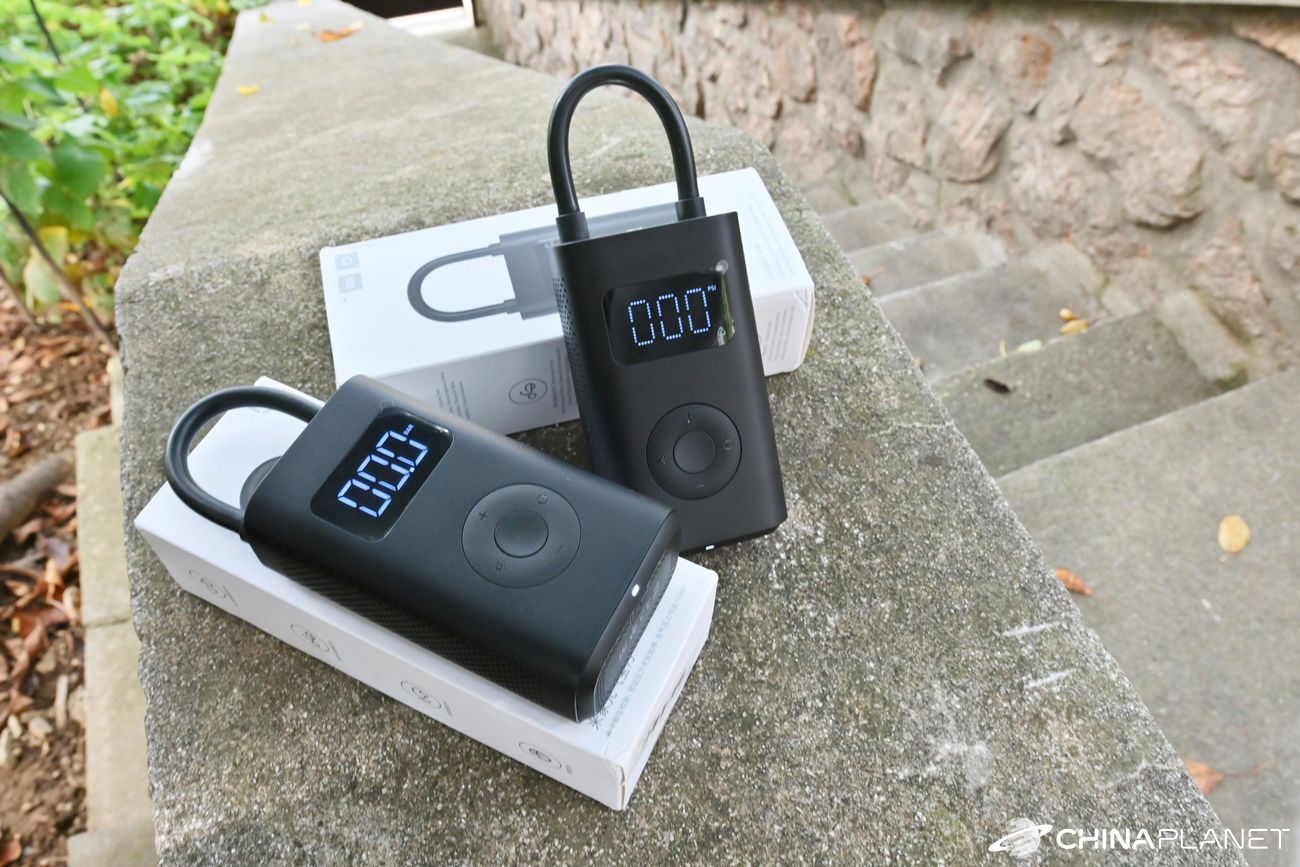 The processing and layout of the elements are identical. Below the display there are 5 buttons arranged in a circular control and in the lower part there is a charging port, protected by a rubber cover. Here we have seen an innovation in the form of a USB-C charging port. 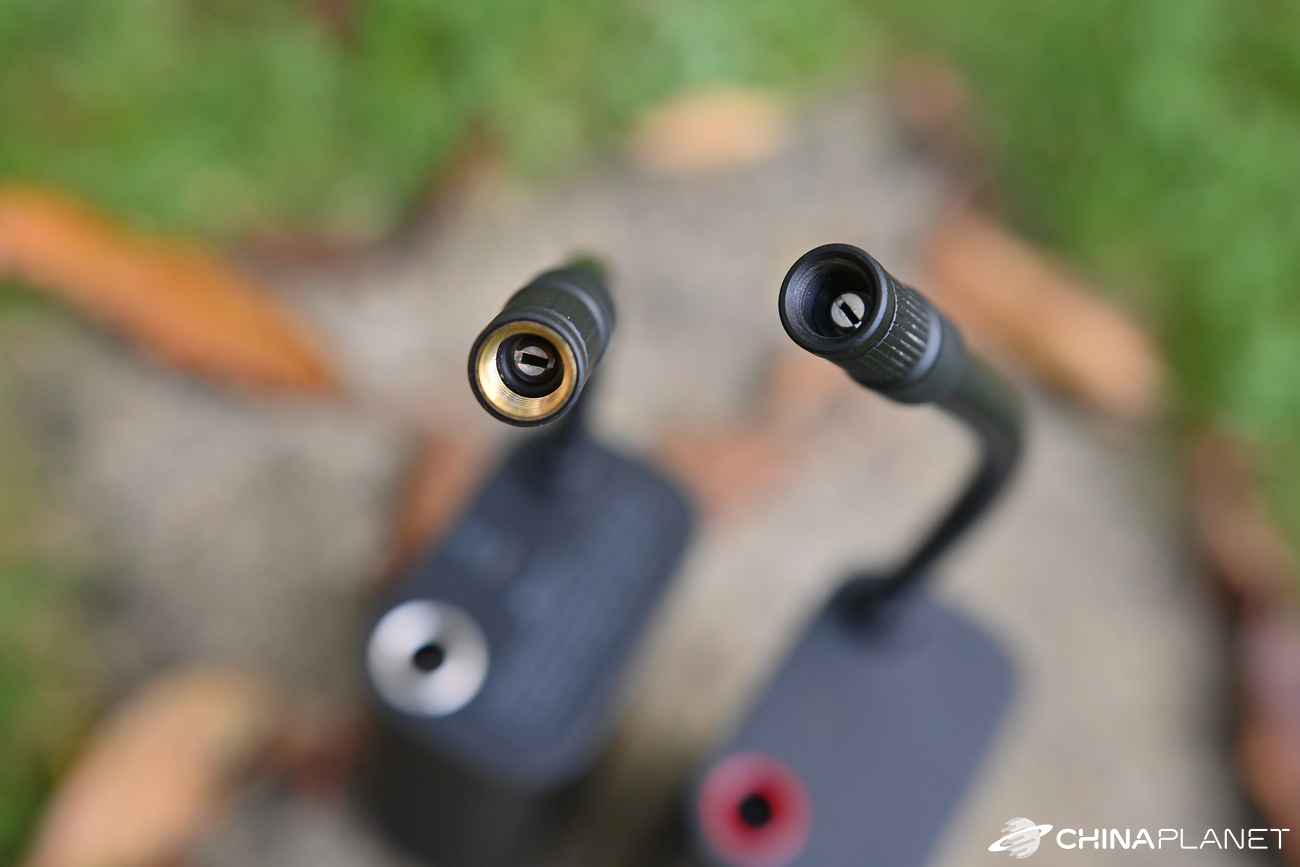 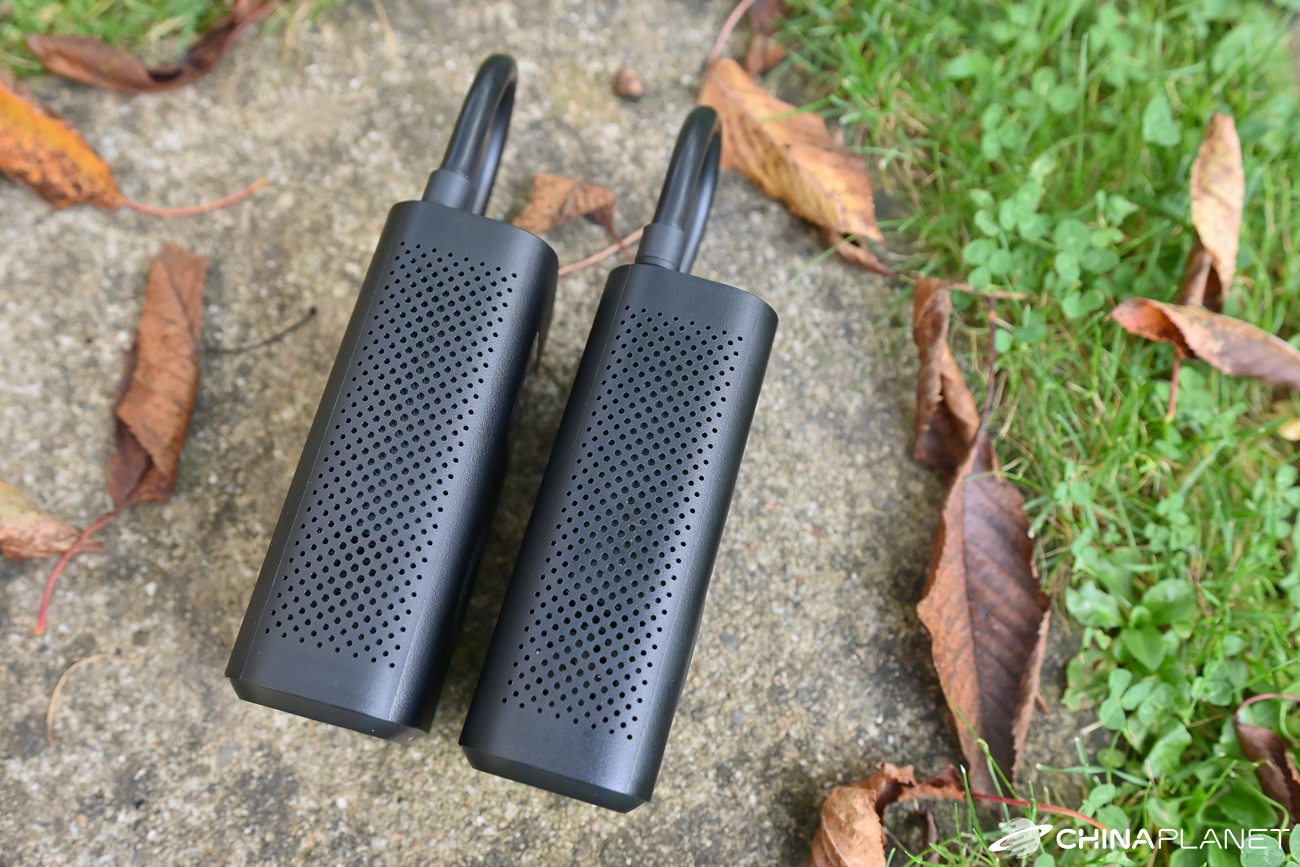 Xiaomi achieved higher airflow thanks to hardware optimization. We expect the new generation to be able to inflate the wheels significantly faster.

What is the real difference in blowing speed?

The technical parameters promise to blow twice as fast with the new version, which we have of course verified. In the table below you can see what is the real difference in the time of blowing the wheels of a scooter, car or bicycle. We measured all reported values ​​during our test.

According to the manufacturer, you can inflate approximately 41 football balls or 8 bicycle tubes, or 6 motorcycle wheels or 5 car tires (from 2,0 bar to 2,5 bar) on a single charge with the first-generation Xiaomi Mi Portable Air Pump. 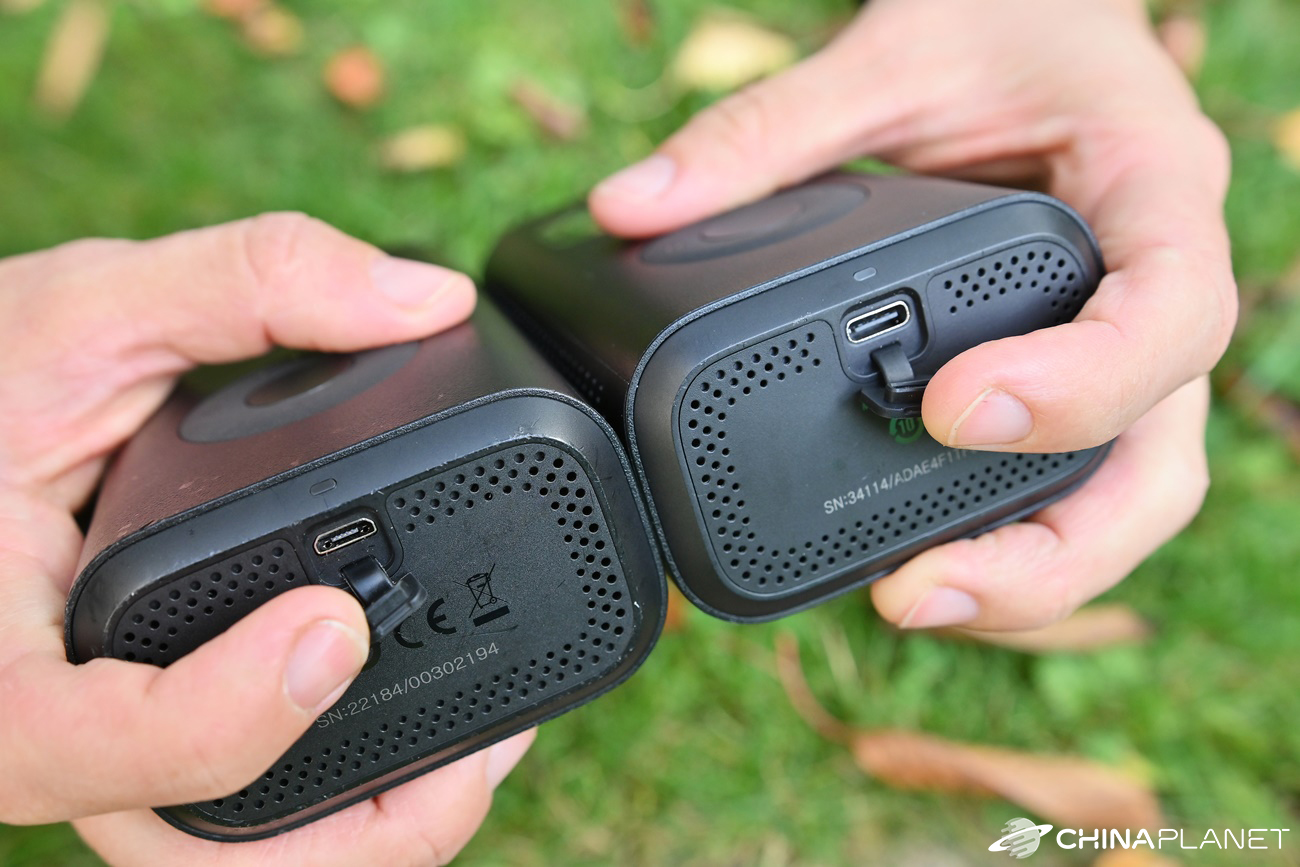 With the new generation Xiaomi Mi Portable Air Pump 1S, the manufacturer states an improvement of up to 45.4% and as an example states that with this compressor we should inflate up to 8 wheels of the car, unlike 5 in the first version. Of course only from 2.0 bar to 2.5 bar.

However, it also adds a table with other means of transport and balls, where such significant differences no longer exist. The stated 45.4% somehow does not fit. Xiaomi Mi Portable Air Pump 1S inflates 44 soccer balls, as well as 8 wheels of a road bike and 7 wheels of a motorcycle. 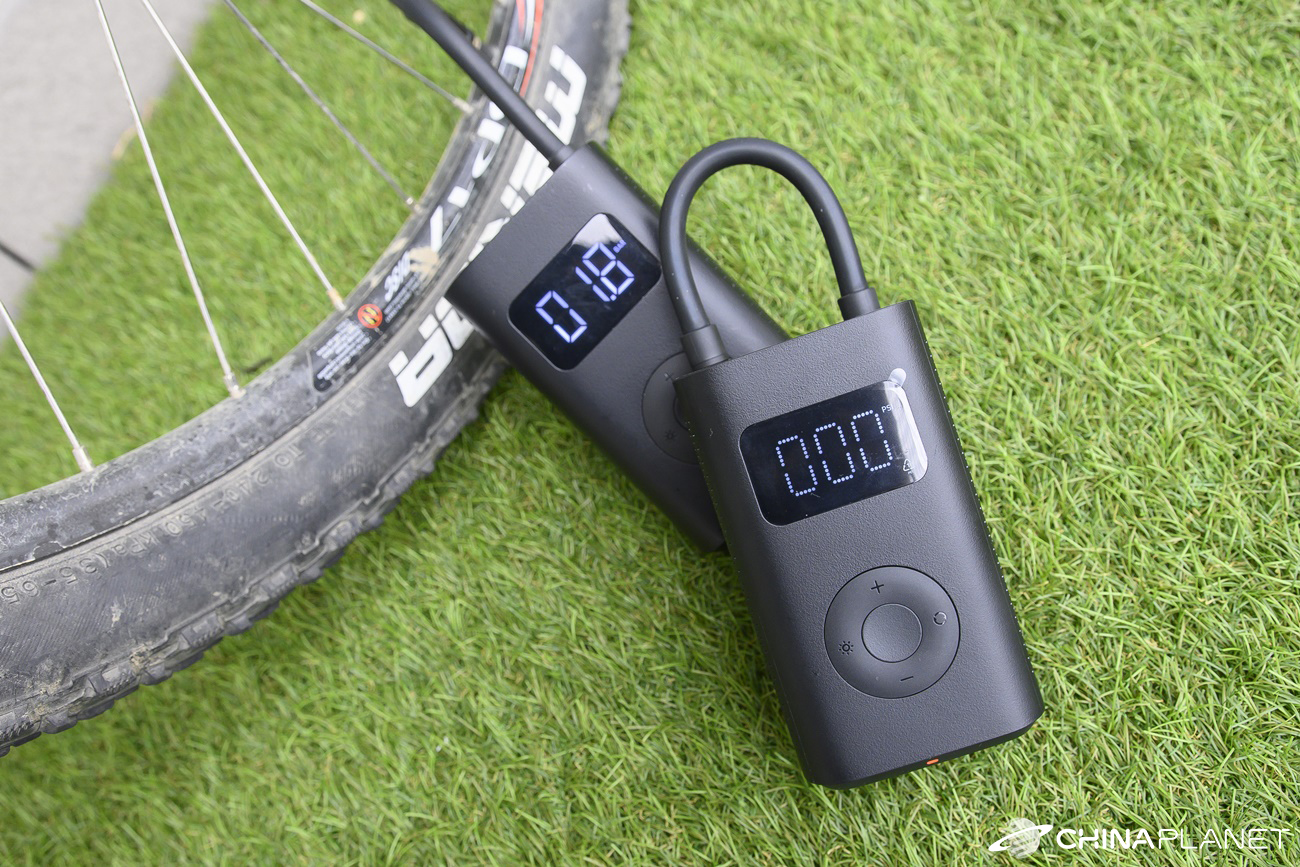 We compared endurance when blowing 26 ″ wheels of a mountain bike. The first generation of the compressor was able to inflate the wheel 8 times, during the ninth attempt the compressor turned off. With the new version 1S, we inflated the wheel 10 times and the compressor did not turn off until the eleventh blow.

The new version got a USB-C port for charging, while the older version has a micro USB. However, both versions have a 2000 mAh battery and charging takes about the same length - 2 hours and 40 minutes.

The sound has also changed

According to the specifications of both compressors, their noise level is at the same level. If we compare them directly, the newer version is emotionally noisier and has a completely different sound during its operation. Despite its small size, the compressors can be heard quite well. 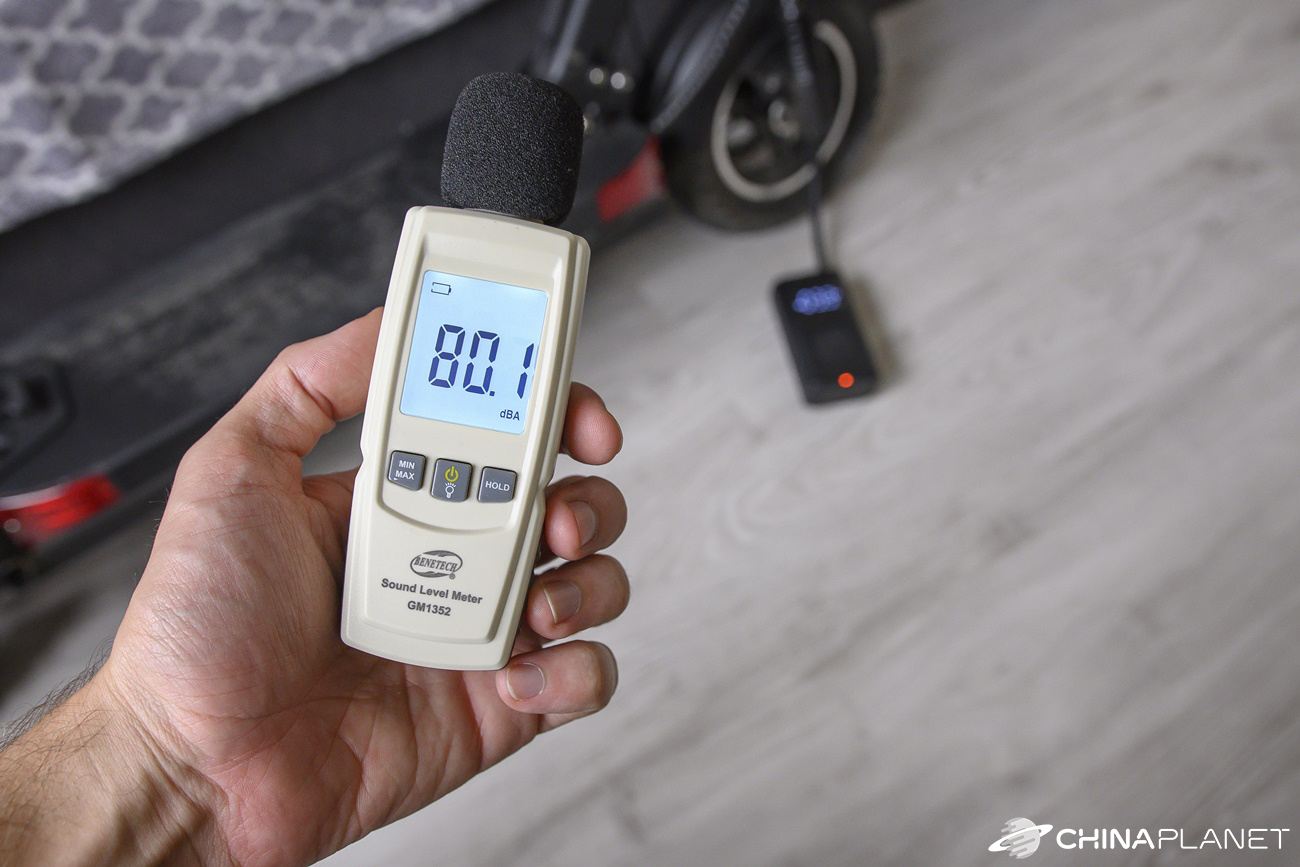 For comparison, we measured the noise level using a digital sound level meter at a distance of approximately 1 m from the compressor. The older version reached 79 dB, while the new version was 80 dB. The noise level is thus at the same level.

In our test, we directly compared 2 generations of a compressor from Xiaomi. The new version comes with almost the same design, but brings optimized functionality, which resulted in faster wheel inflation. 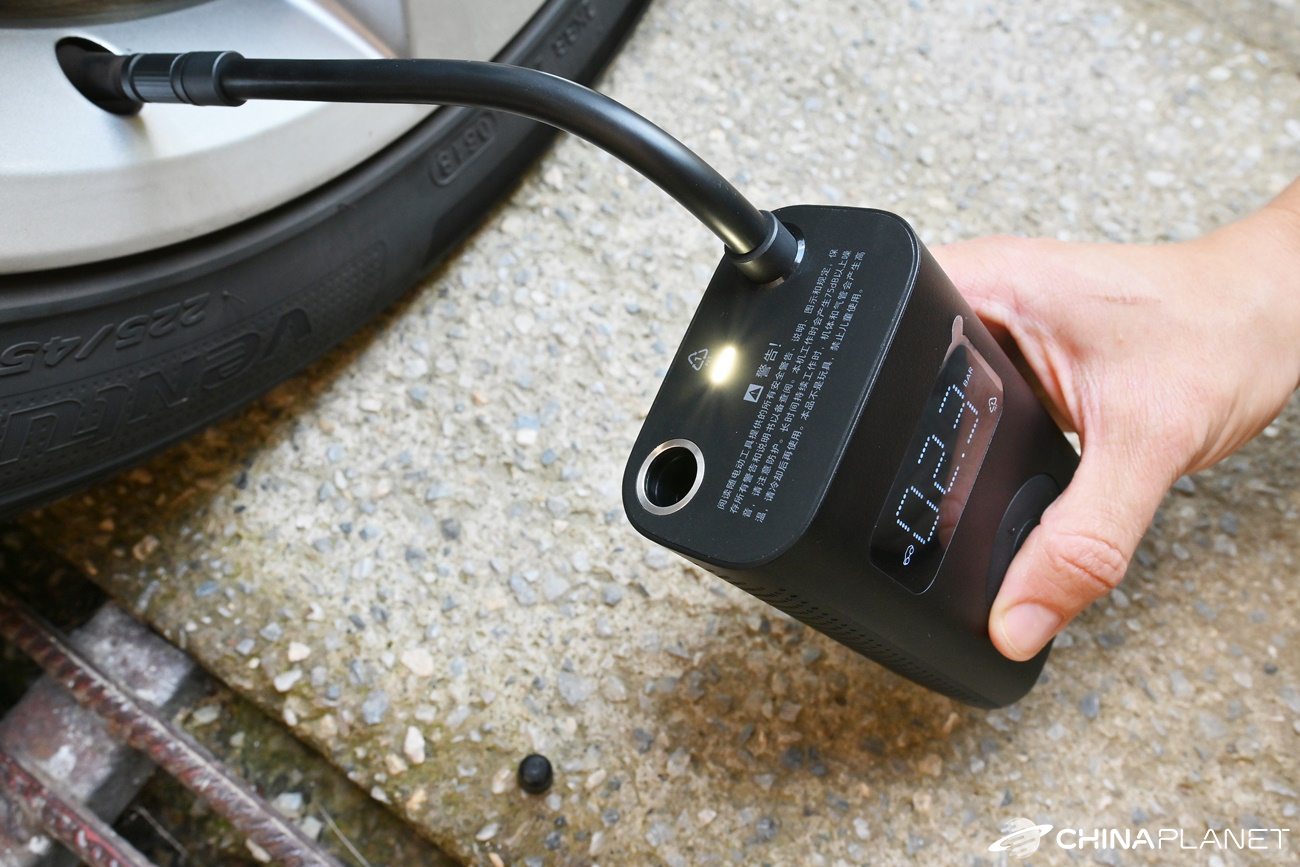 You will also enjoy charging with a USB-C cable and maintaining a similar price. If you own a first-generation compressor and only use it to occasionally inflate tires, upgrading to a new version is probably not worth it. However, if you inflate the wheels regularly or you do not yet have such a compressor, but you are considering buying it, we would definitely reach for a new version of the Xiaomi Mi Portable Air Pump 1S.