It has never had such a price yet: NITECORE TM39 is a beast among LED flashlights with an incredible afterglow of 1500 meters

Today we will imagine a real champion among strong and powerful LED flashlights. This is specifically a model Nitecore TM 39, which appeared in the offer of one of the well - known Chinese sellers.

It is a top product for real connoisseurs. However, the performance of this LED battery also corresponds to its price, which is not for everyone.

There is a discount coupon

If you are considering buying a powerful LED flashlight with a label Nitecore TM39, we recommend you to buy it via the e-shop Banggood.com. With our discount coupon, the sale price will drop.

You even get fast and proven transport included EU Priority Line. With this type of transport, you do not pay any other fees such as taxes or duties on imports. 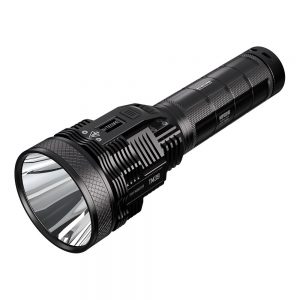 The length of the flashlight stopped at 276 mm, the size of the head is 90 mm. The weight of a quality metal body is high, specifically 1361 grams.

The high performance of the flashlight determines the brightness of the level 5200 lumens, the flashlight lights up to a distance 1500 metrov, of course according to the surrounding conditions. The battery life is very high and is 36 hours or 1 and a half days.

The power supply is solved by an integrated NBP68HD battery, which can be recharged with the included adapter. In terms of LED technology, type technology was used LUMINUS SBT-90 GEN2, the reflector is of the SMO type.

The Nitecore TM39 flashlight offers white light and has a number of modes. These include SOS mode or search or rescue mode. It will please the OLED display, which indicates the selected mode. There is no memory that restores the previously set brightness after the battery is restarted. 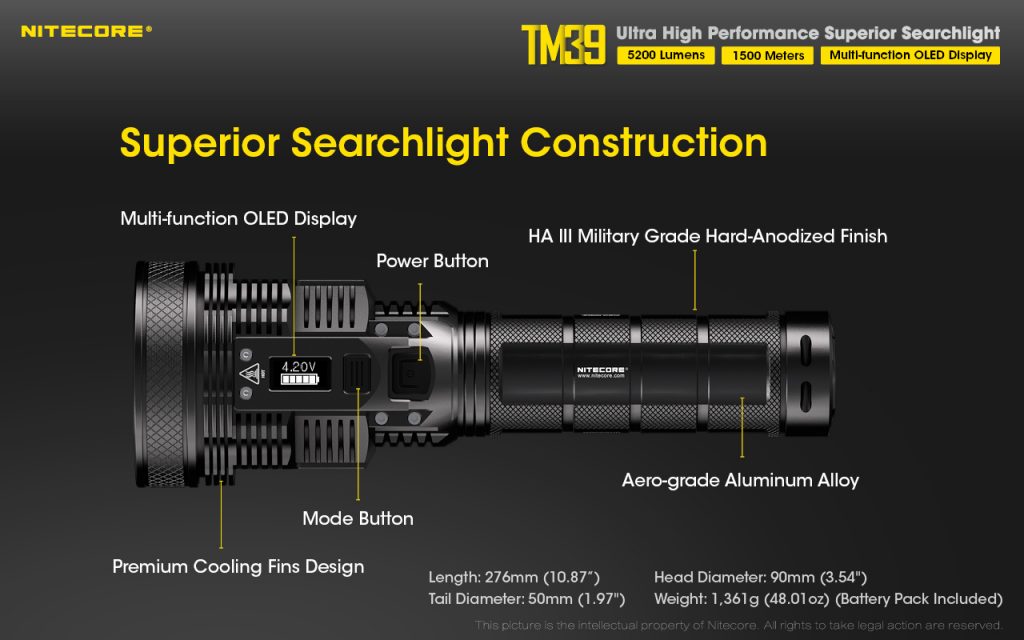 A practical feature is the lock, which, when activated, prevents accidental pressing of physical buttons on the handle. The package also includes a belt for possible carrying of the LED flashlight over the shoulder. There is also a standard thread on the body of the flashlight for mounting on a tripod.