Record prices in the EU: Huawei WiFi AX3 router is the first router with WiFi 6, has a speed of up to 3000 Mbps

The Chinese giant introduced Huawei Wi-Fi AX3 as the world's first Wi-Fi 6 router. It went on sale at our certified dealer and offers a great price-performance ratio.

The Wi-Fi 6 standard offers much higher baud rates, smaller responses, and more connected devices at one time. They are gradually implementing the new technology into smartphones as well as other network devices.

Huawei WiFi AX3 is available at Mall Store on AliExpress v global versions. In EU warehouses you will find Dual-core (AX3) Russian version with European ending and Quad-core (AX3 Pro) Brazilian version with American ending. However, you don't have to worry, both versions support English, Czech and Slovak, but for the BR version you will need an adapter for the European suffix.

Shipping from the Spanish warehouse is cheaper, so choose the AX3 Pro version (ie BR version / US charger). Order the RU version from the Polish warehouse. 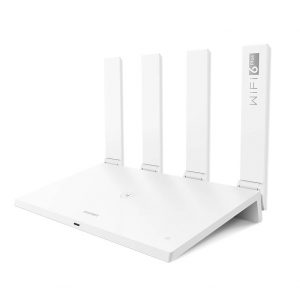 I want it
Do you shop for the first time at Aliexpress? See instructions! 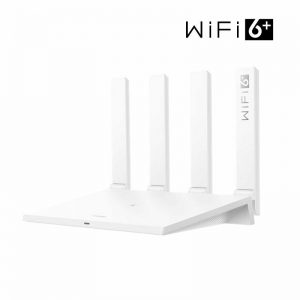 I want it
Do you shop for the first time at Aliexpress? See instructions!

The dealer also has a router Banggood, but it is only in the Chinese version. The browser interface supports only the Chinese language (must use Google translator). It is also available in EU warehouses with fast delivery.

The router was introduced in white and black, but the seller has it available only in black so far. It has sharp edges and up to four antennas for the best possible signal.

On the front is located LED indicator, It also includes a special Hi button for pairing and WPS compatibility. There is also a hidden reset button.

By far the biggest highlight of these devices is support Wi-Fi 6 standard (802.11ax). AX3 routers were the first in the world with this technology. Their maximum transfer rate is great 2976 Mb / s.

Huawei is also developing its own Wi-Fi 6 chip, which operates at 160 MHz. They called him Huawei Wi-Fi 6 Plus and with selected Huawei smartphones it can send a 6 dB stronger signal and thus increase the speed even more.

For better signal acquisition and transmission, 2 separate antennas were used for the 2.4 GHz frequency and another 2 for the 5 GHz frequency. It also supports the older Wi-Fi 5 standard.

There is also control with applications under the name HUAWEI AI Life App. There it is possible to configure the whole router. So you can control connected users, set up automatic address assignment, or set security policies.

Beautiful universal AUTOYOUTH car covers, they have several colors and the price is only 24 € in EU stock