Several Chinese manufacturers also offer under their main brand some other so-called sister brands. The same story comes in the case of gaming devices Black Shark (which has the Chinese Xiaomi under the baton) or a new game Nubia, a brand that belongs to the Chinese ZTE.

In today's comparison, we will present all the important technical parameters and testsime figure out whether a model is a better choice Black Shark 3 Pro, or the other way Nubia RedMagic 5G.

Gaming smartphones are a specific category and are aimed primarily at mobile gamers. The main benefit of these smartphones is high performance, even under graphic load, but ergonomics, ie practical grip of the device, is also important.

An equally important element of gaming smartphones is the design. Both smartphones are characterized by rounded gamesnami, but with accentuating and contrasting sharp elements, especially on the back wall.

However, the rounded corners definitely help the final grip during game activities. 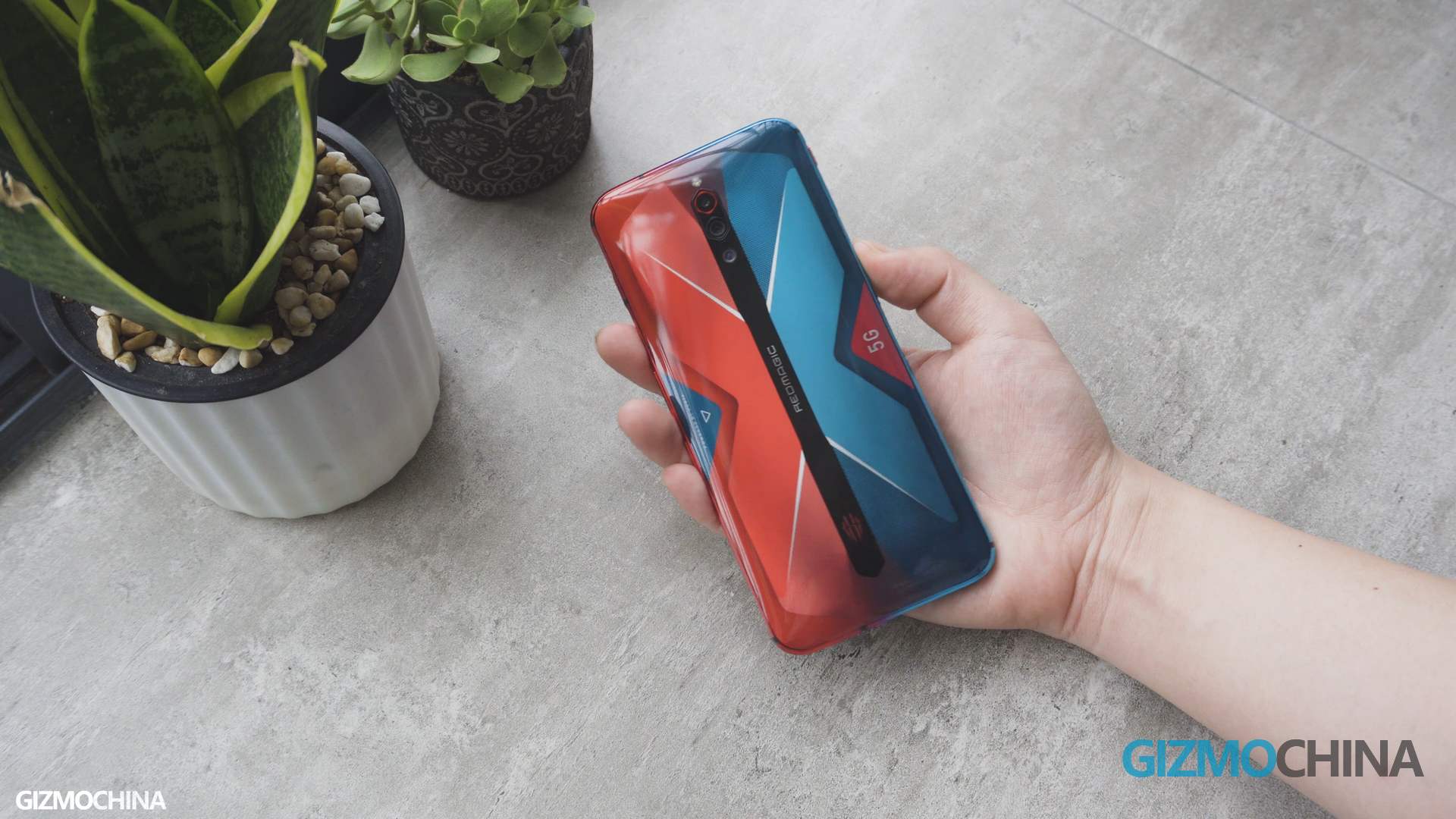 From a practical point of view, both smartphones have something in them. Red Magic is smaller in size and therefore offers an easier grip, on the other hand Black Shark has a larger display for better consumption of content.

The situation is very similar on the display. It is mainly a choice of the user. Black Shark offers a really large 7,1 ″ AMOLED panel with a resolution of 1440p and a refresh rate of 90 Hz.

It is a piece of equipment that you really don't have to be ashamed of and a panel that is a pleasure to look at. 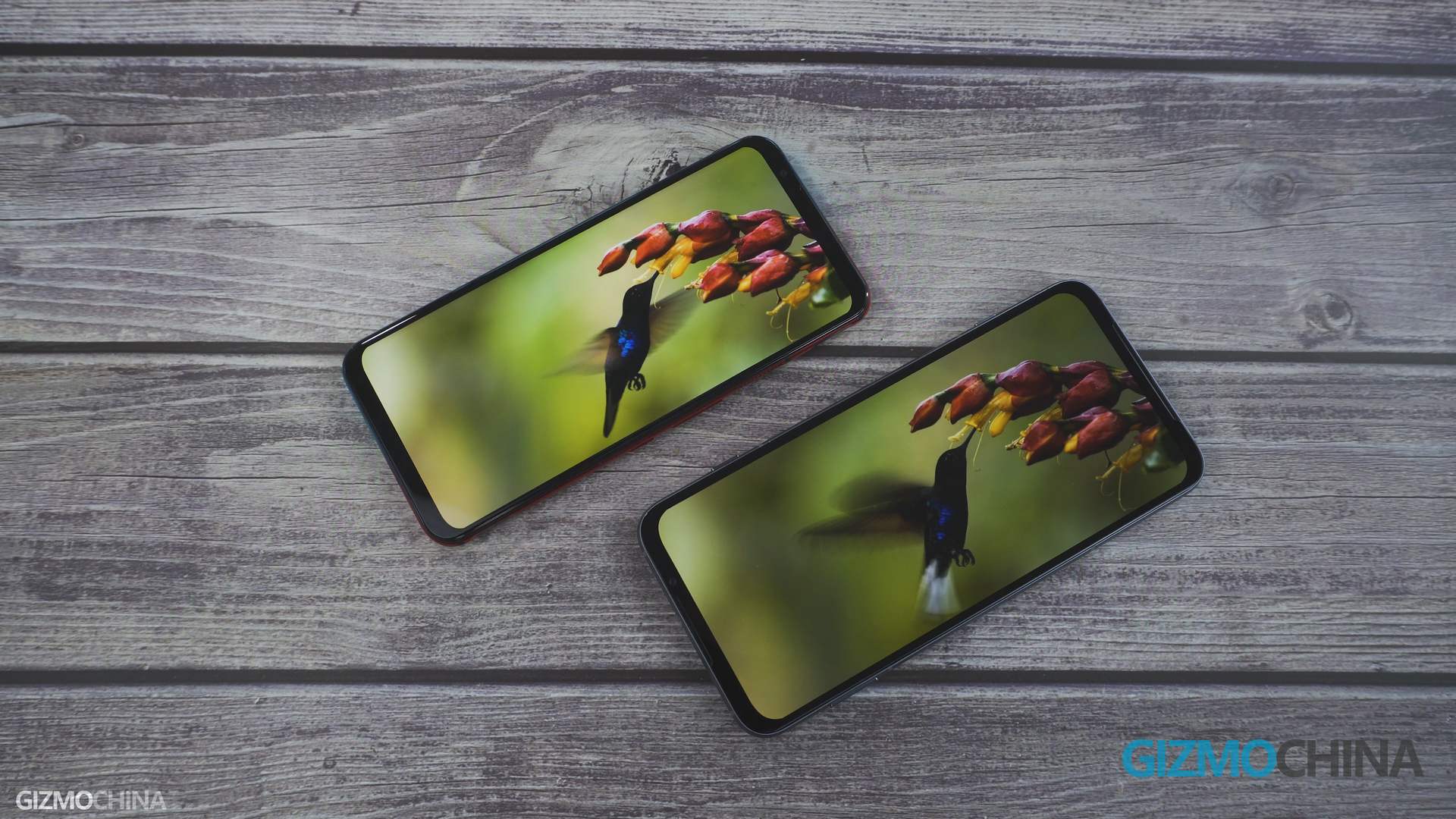 However, Nubia went even further with its RedMagic 5G model. Although the display is smaller, it is 6,65 ″ AMOLED and has only 1080p resolution, on the other hand, its refresh rate is an incredible 144 Hz. This is especially useful for gamers when playing mobile games smoothly.

Both panels also support a wide DCI-P3 gamut of colors. Xiaomi offers unspecified protection, while Nubia has Gorilla Glass. The choice is therefore size vs. refresh rate, depending on what you prefer.

Practically the most important element of a gaming smartphone is its performance, even under graphically demanding loads. It is necessary to take into account not only fast reactions, but also heating at maximum load. For both devices, an eight-core flagship Snapdragon 865 (7 nm) processor from a Qualcomm workshop is available.

In this case, we are not talking about the smoothness of applications and support for games from the Play Store, due to the hardware, it is a matter of course and the phones have enough power for any application and game or for more demanding multitasking. 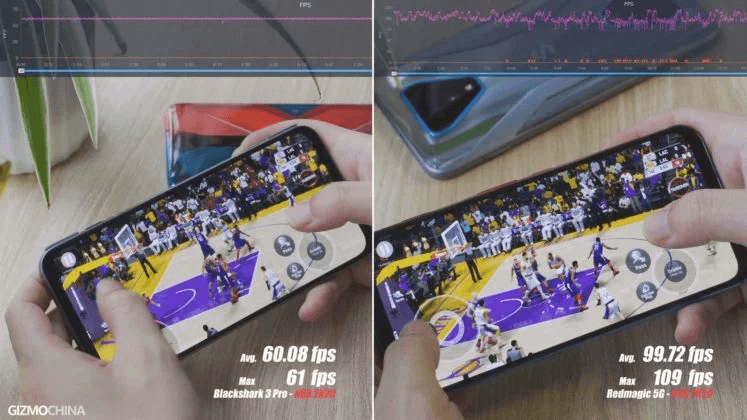 Gaming smartphones can't miss game testing either. The PUBG title, which offers support for up to 120 frames per second as standard, is the real challenge.

Black Shark recorded a stable result at the level of 89,56 frames, as practically the maximum power of its 90 Hz panel. In contrast, the Nubia with a 144 Hz display recorded 116 frames per second. 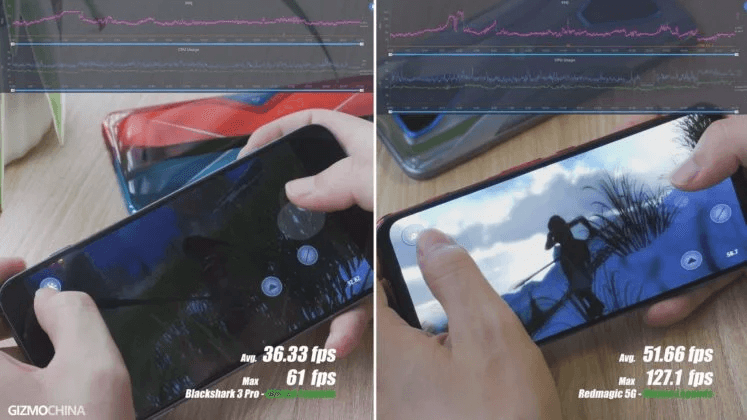 In the case of the Call of Duty title, the smartphones recorded practically the same result. Black Shark offers 59,97 frames and Nubia 59,99 frames per second. A special situation occurred with the NBA 2K20 game title.

Black Shark only showed a value below 60 frames per second, while Nubia supported a full 144 frames. The test result evaluated the better performance and smoothness on the Red Magic smartphone. On the contrary, a more detailed image and its better presentation on a 2K display was recorded on a Red Magic smartphone.

Overheating of the device during performance means in particular insufficient cooling of the components. In this case, testing on the PUBG game for 40 minutes was successful at an ambient room temperature of 27 degrees Celsius.

In this test, Black Shark recorded a value of 43 degrees Celsius at the location of the phone's logo. The temperature at the place to be gripped during play was 38 degrees Celsius. 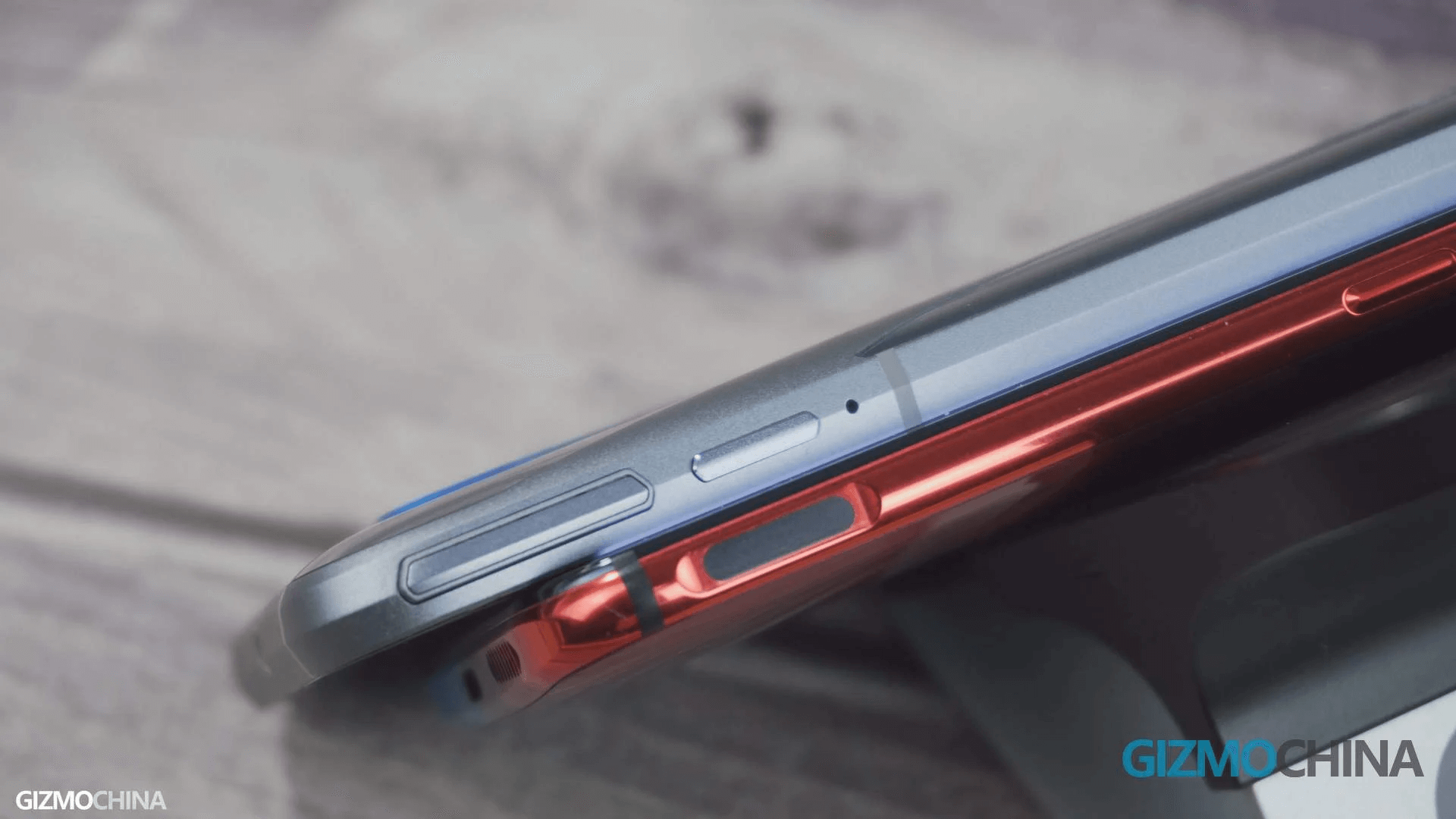 On the contrary, the result for the Red Magic 5G was a bit disappointing. The result while playing was just over 43 degrees Celsius, even in the left place of gripping the device during the last 10 minutes of playing.

The phone felt uncomfortably warm even a few minutes after playing, the area of ​​the cameras also had a high temperature. This caused discomfort during subsequent shooting.

The test result determined the Black Shark model as the winner of this part. Although both smartphones cooled down relatively quickly (within minutes) after the game activity and could still be used, the Nubia simply has a slightly worse cooling system, and this is noticeable when using the device.

Both smartphones offer three rear cameras. The main one is 64 MPx (f / 1.8) in both cases. The Black Shark also offers a 13 MPx (f / 2.3) ultra-wide angle camera, as well as a 5 MPx depth sensor to blur the background.

On the other hand, the Nubia offers an additional 8 MPx (f / 2.0) ultra-wide-angle sensor and a 2 MPx macro sensor. 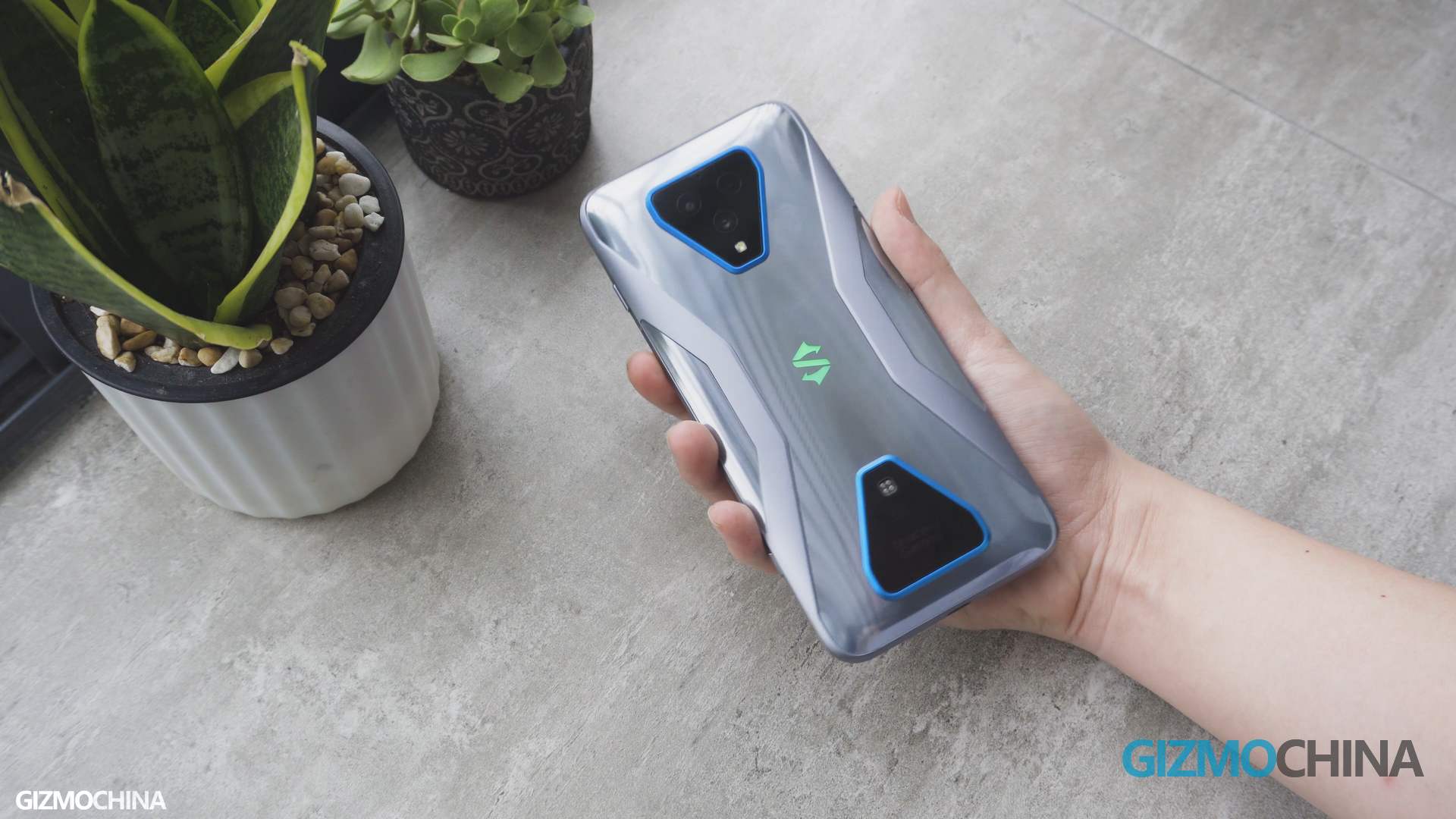 From the point of view of the front camera, the model from the Xiaomi workshop has a slight upper edge. The opposite situation comes after the video recording page.

The Black Shark model supports 2160p video recording at 30/60 frames per second. You don't have to be ashamed of this quality at all, but better equipment is offered by the competing Nubia.

The Black Shark 3 Pro smartphone contains a slightly larger battery. Specifically, it is a battery with a capacity of 5000 mAh, while the phone also supports faster charging with a power of 65W.

In addition, charging via a magnetic port with a power of 18W is also available. 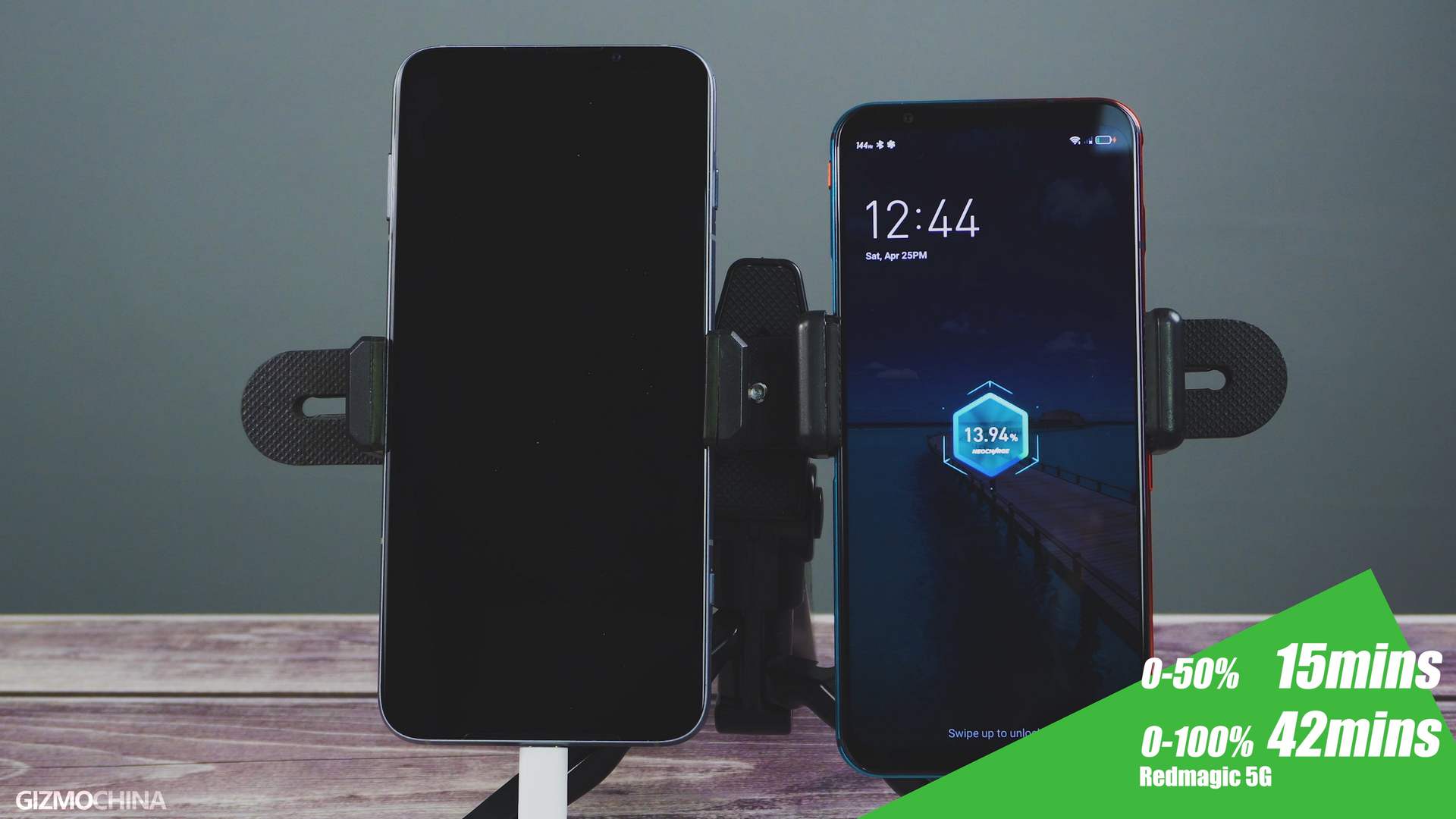 Competitive Nubia Red Magic 5G offers a smaller 4500 mAh battery, but on the other hand, has a smaller screen with a lower resolution. The endurance of both devices is at a very similar level. However, it offers a weaker 55W fast charge.

Nubia can do it 100% in 42 minutes, while Black Shark can do it in 44 minutes. However, it is also necessary to take into account the different capacity of the battery, where the Xiaomi model has the upper hand. 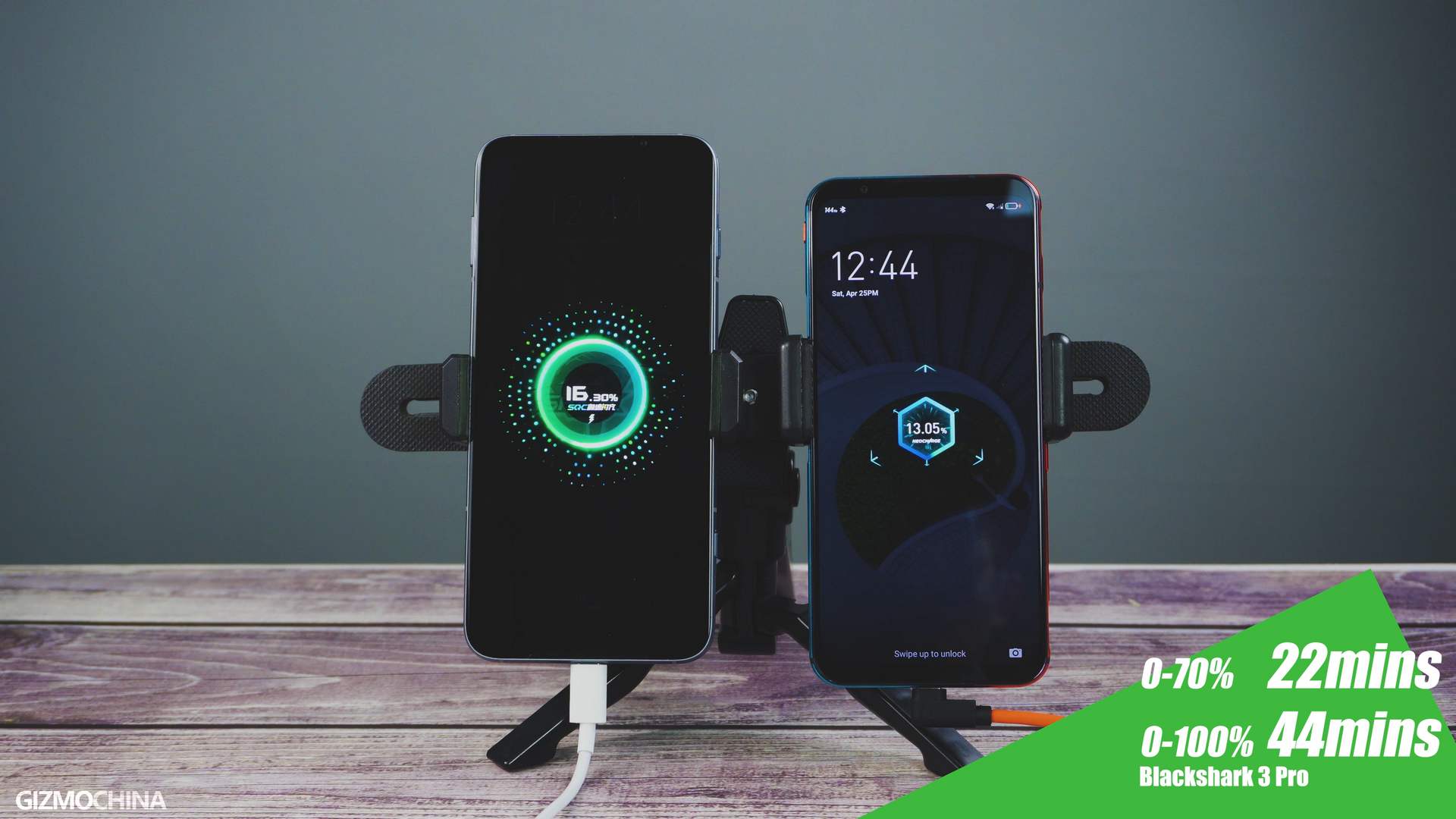 This also applies when using HDR mode. When choosing a device in terms of endurance, it is therefore necessary to take into account the charging speed in particular, and the better model Black Shark has that.

The price of these smartphones is definitely not low and is around 700 euros. Neither of the pair officially sells on the Slovak market, so it is necessary to look for the phone from abroad.

Price of the Chinese version Black Shark 3 Pro starts at the level of 710 euros for the 8 + 256 GB version. The global version of the smartphone will be officially unveiled on May 8.

Regarding prices Red Magic 5G, the phone is available in the official European e-shop for a great 579 €. 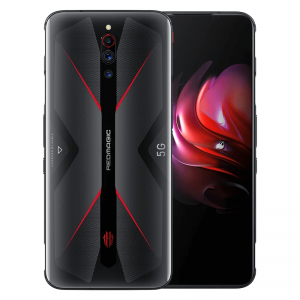 I want it
Close
Current price:  €0  more expensive than average
Are you shopping for RedMagic for the first time? See instructions! 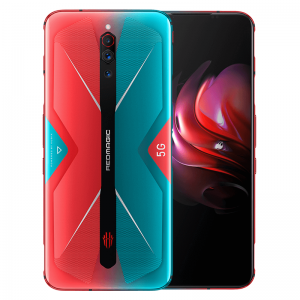 I want it
Close
Current price:  €0  more expensive than average
Are you shopping for RedMagic for the first time? See instructions!

Yes, selected flagship phones, while begin to even higher price tags, but even at this price it should be very well want to consider using a smartphone.

However, due to the price / performance ratio, we would choose a slightly cheaper Red Magic model with a 144 Hz screen and powerful hardware.

Black Shark and Red Magic, that Xiaomi and ZTE have tried to build a truly premium gaming smartphone that would be addressed real mobile players.

Both smartphones offer high performance and technical specifications of the flag along with AMOLED screen, fast charging and sophisticated ergonomics.

If we looked at the price, we would choose Red magic 5g smartphone with slightly better technical equipment.

But when it comes to screen size, bigger battery and faster charging, it's right here Black Shark 3 Pro.