Xiaomi, Apple and Samsung are the three most counterfeited phone brands in China | China Planet

Xiaomi, Apple and Samsung are the three most counterfeit phone brands in China

Copying phones is nothing new in the world. Everyone knows that most such copies come from China itself. An up-to-date survey has now been published on which phone brands are most counterfeited in China.

Chinese benchmarking tool Master Lu has released a rating of the most counterfeit phones for Q1 in 2020. As the data are obtained from a benchmark application, the data were not expected to change significantly from Q4 in 2019.

It is certainly interesting that from TOP 9 counterfeit phones are the brand in the first 3 places Samsung, Apple a Xiaomi. The application reads device information that is not commonly available on the device. 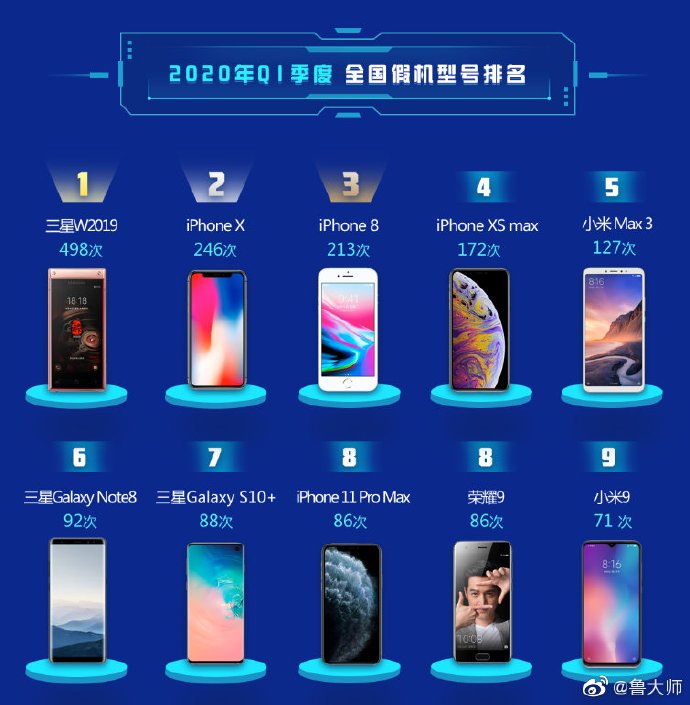 In the TOP five counterfeit models, the list includes:

The Samsung W2019 was the most counterfeit model with a number of counterfeit pieces up to 498. Despite the available data, we cannot confirm their transparency, as it is not known whether the application re-registers the already registered device after its launch.

Other models in TOP 5 have been counterfeited in the following numbers:

Interestingly, the Xiaomi Mi Max 3 is the only model in the list belonging to the middle class, other models belong to the higher classes.

JJRC H43WH is a drone under 15 euros. It has an HD camera, a height holding function and also control via a smartphone