The new Realme UI 2.0 system will be coming soon. We also have a list of facilities

Realme UI 2.0 comes with a new smartphone. We also have a list of other devices

The latest superstructure of a Chinese manufacturer, Real UI 2.0, was officially introduced at the same time as the introduction of the new Realme Narzo 20 smartphones in India. It is practically an improved version of the ColorOS 11 superstructure used by Oppo devices.

Thanks to Xu Qi, Realm's marketing director, we know that the superstructure will arrive as early as October this year. He informed about it on the Chinese social network Weibo. The company is most proud that the new superstructure will offer users consistency, simplicity and fluidity. 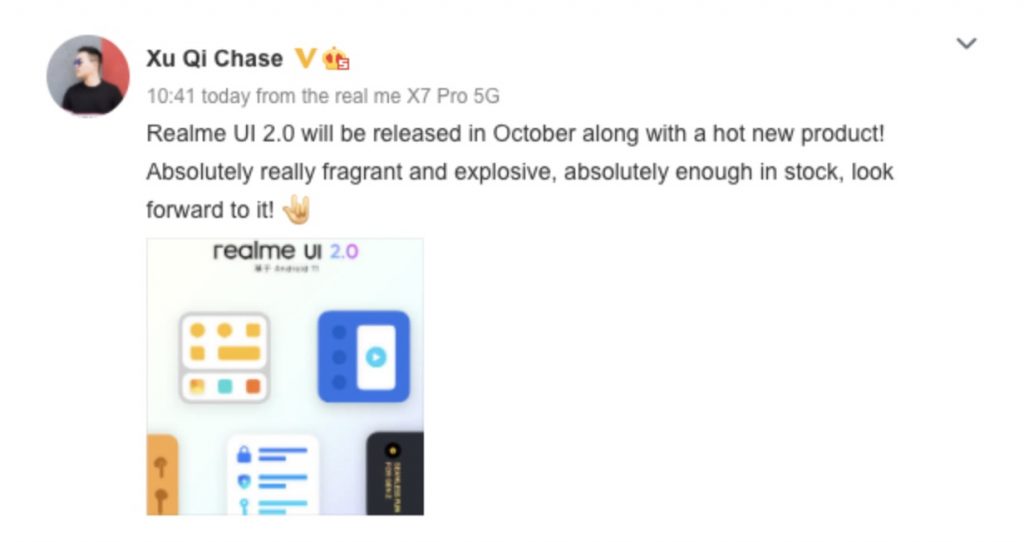 Among other interesting innovations, a new environment is proposed with maximum emphasis on safety. After all, safety is very important in today's world. Features will be added to allow the user to choose their own privacy settings. It is also worth mentioning that the new superstructure will run on the latest Android 11which was introduced only recently.

A new smartphone will also come

But that's not all. The manufacturer is preparing another surprise - a new smartphone, probably from the new Realme Q series. The expected parameters are still unknown, but the novelty will probably run on the new Android 11 with the new Realme UI 2.0 superstructure. 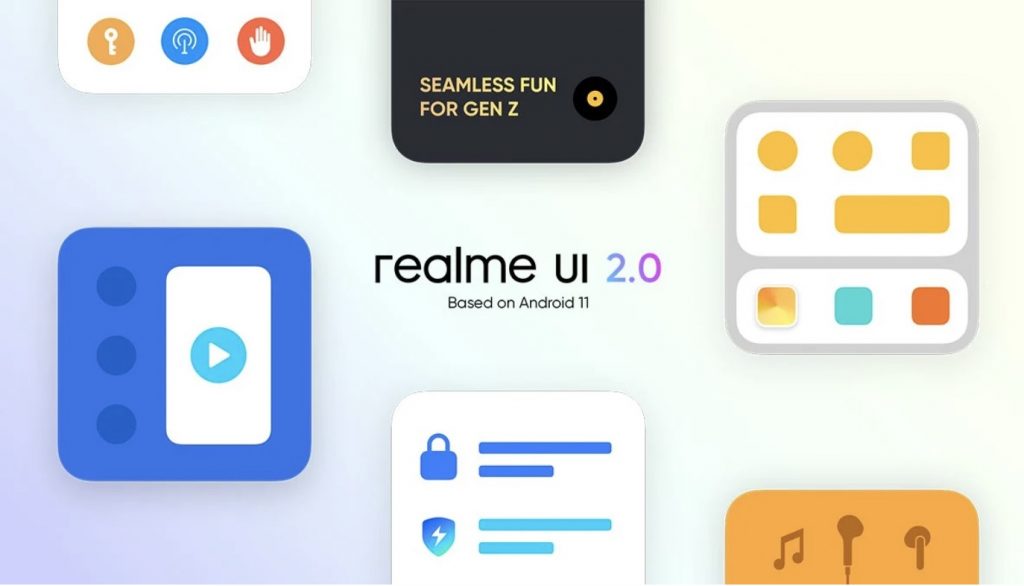 Owners of the model will be able to try out the new superstructure first Realme X50 Pro. Unfortunately, only in China so far. From those who sign up, the company will choose a few who will receive a real update and will be able to test the new system among the first.

This first beta version should be available for Chinese Realme X50 Pro owners from the 24th. septembra. It should continue with the Realme 7 Pro model and the new Indian Realme Narzo 20, which will receive an update in November. You can see all other announced smartphones on the roadmap below. 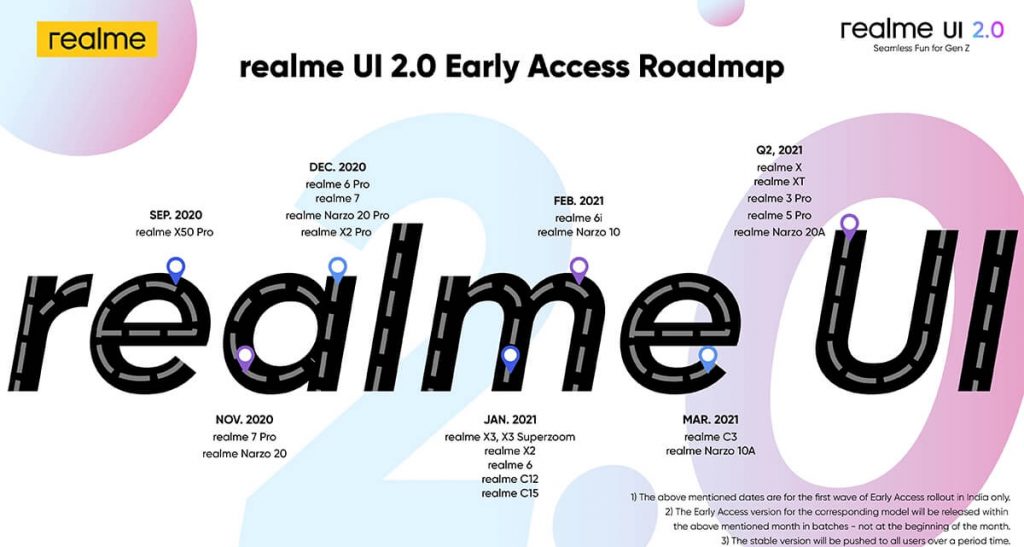 However, these dates indicate the release of the Beta version of the system, and the final stable version of Realme UI 2.0 will be based on the Android 11 operating system, which has not yet been released. We can expect some older models to appear on the equipment list in the third quarter of 2021.

The mentioned Realme X50 Pro could get an update to the new Android 11 this year, but so far it's all just speculation. Are you looking forward to a new superstructure from a Chinese manufacturer? Write us in the comments what you like best about it.