The Oppo brand should bring its first smart TV soon

Oppo is expected to bring its first smart TV soon

Chinese manufacturer Oppo Asia is well known as a manufacturer of smartphones, but its influence extends more and more to Europe. In the first quarter of 2020 he was even placed in a position among the top five producers in the region. However, recent leaks suggest that this manufacturer is also preparing its own the first smart TV.

Last December, at the Oppo Inno Day conference in China, the manufacturer unveiled its new strategy for placing products in various categories. Some of these products are even officially introduced and can be purchased from international retailers. 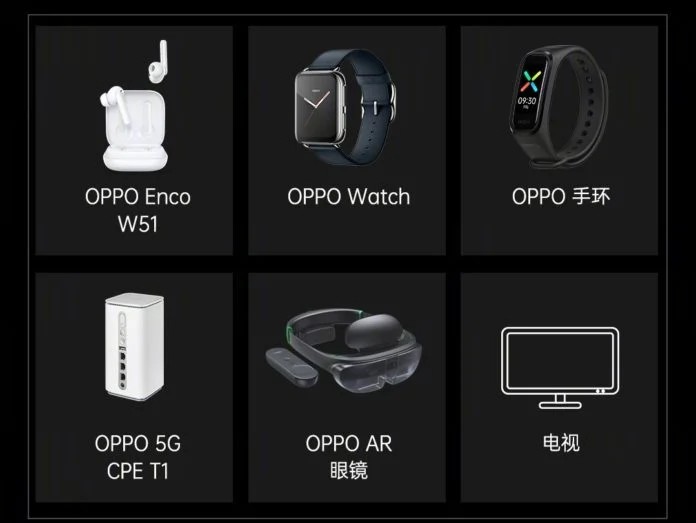 Just a day after the series starts Reno 4 with brand Oppo share the image that was created to mark the first anniversary of the commercialization of 5G networks in China. This image shows all the achievements of the brand's technologies in the field of 5G networks.

Particularly interesting is the lower part of this picture, which was originally published through the Chinese social network Weibo. Among the products shown, in addition to AR Glasses - glasses for virtual reality, there is also a picture that points to the preparations of a smart TV.

As for the production of smart TVs, Oppo will be the first manufacturer of smartphones, which will also start with this assortment of goods. Chinese Xiaomi produces its television for several years and its smart TVs have already sister brand Realm and OnePlus.

These days, the launch of the new affordable smart TV brand OnePlus. It is aimed at the Indian market with a price starting already around the limit of 177 € / 200 USD. Due to the fact that OnePlus shares resources and production facilities with the Oppo brand, it should not be difficult to develop your own TV model.

However, we have not yet officially confirmed when Oppo will launch its first smart TV. And if that happens soon, there is a high probability of being limited exclusively to the Chinese market. Later, the novelty could reach India and then global markets, including the European one.

Would you buy a smart TV from an Oppo workshop? You can write your observations and opinions to us in the discussion below the article.