Lenovo we were just very pleasantly surprised by their brutal news from the gaming smartphone segment. It's about the model Lenovo Legion Phone Duel 2. The name itself suggests that many parts of the device are actually such a duel. Why?

Lenovo Legion Duel 2 is an amazing and unique gaming smartphone

Right from the beginning, we would like to introduce the term duel, as it is also in the very title of the news. They are inside the smartphone right away two batteries a two fansthat cool internal components. They are ready for the right players right away two USB-C ports. 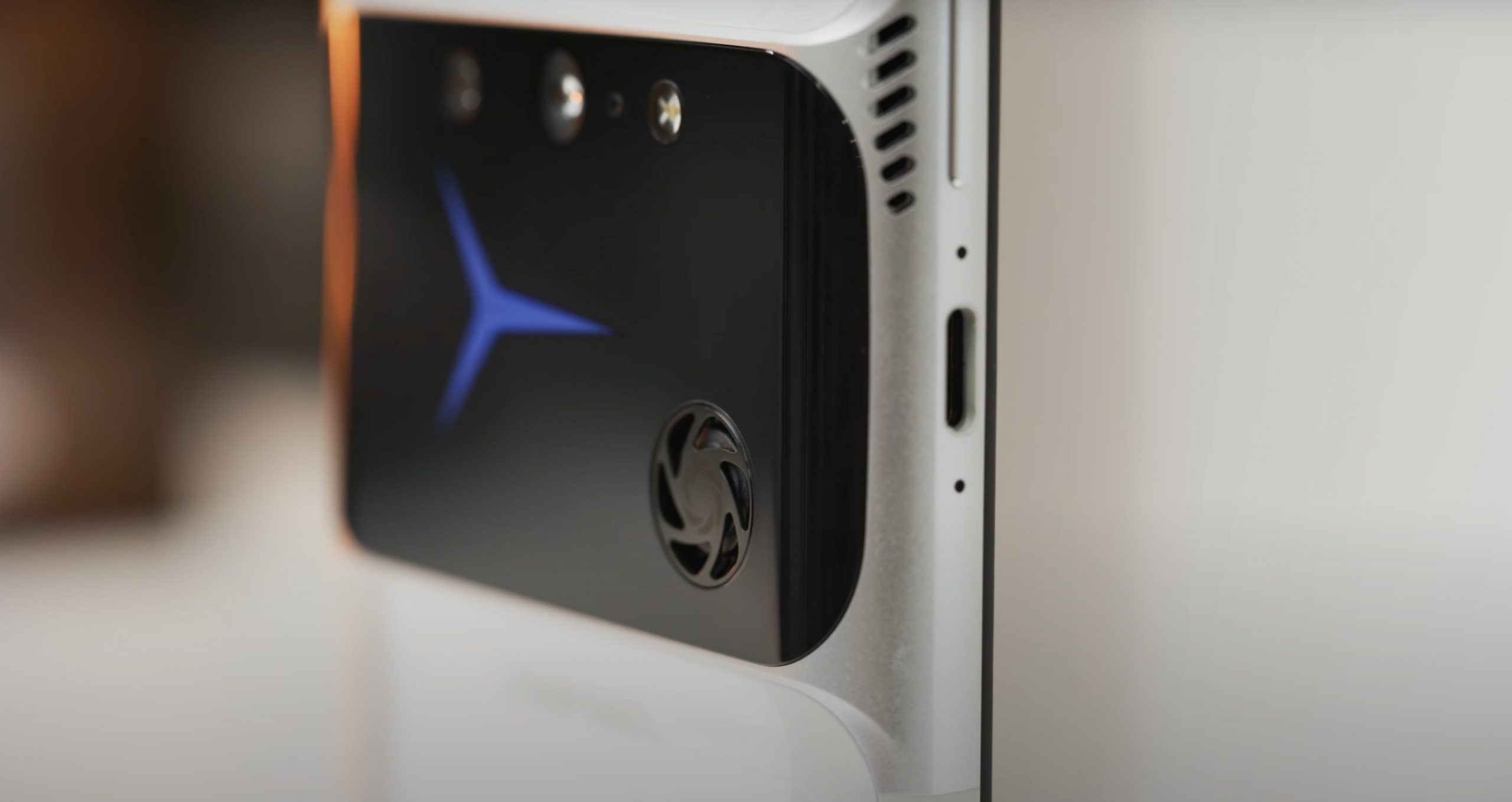 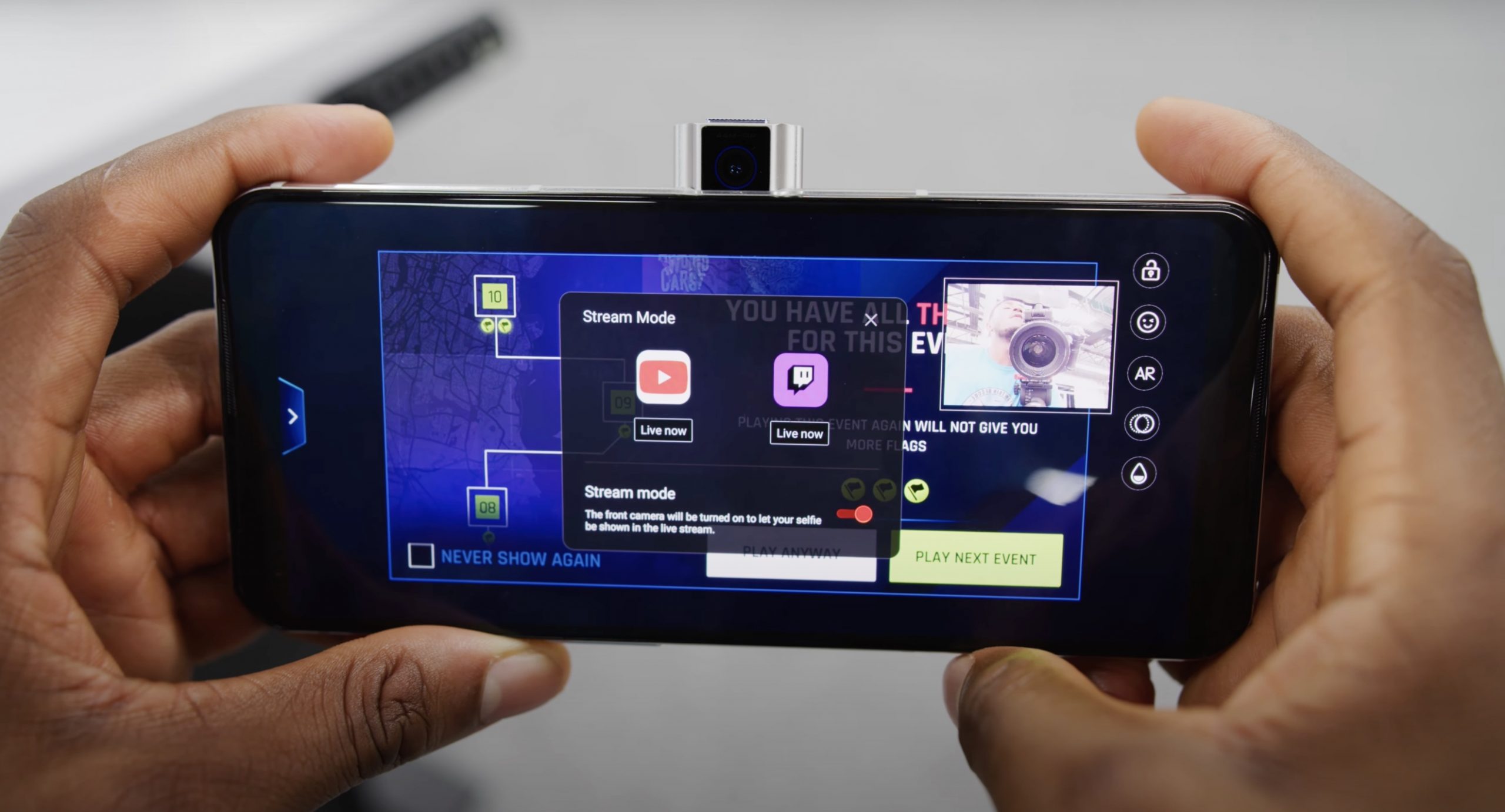 The phone is also ready for online streaming of games. This is indicated by the retractable "selfie" camera, which is based exactly on the center of the horizontally rotated smartphone. It has a resolution 44 MPx and is capable remove background behind you during gameplay.

A module with cameras like we haven't seen before

The cameras are located in the center of the back. Players will probably rarely use them, but it's still great when you don't have to polish them after every game because you touched them with your fingers. The primary sensor has 64 MPx and the company makes him i 16 MPx ultra wide angle lens.

It also fits with an integrated active cooling element. The heat from the device will not come directly to one part of your hand, but it will be distributed throughout the structure and the mobile phone will cool down faster. 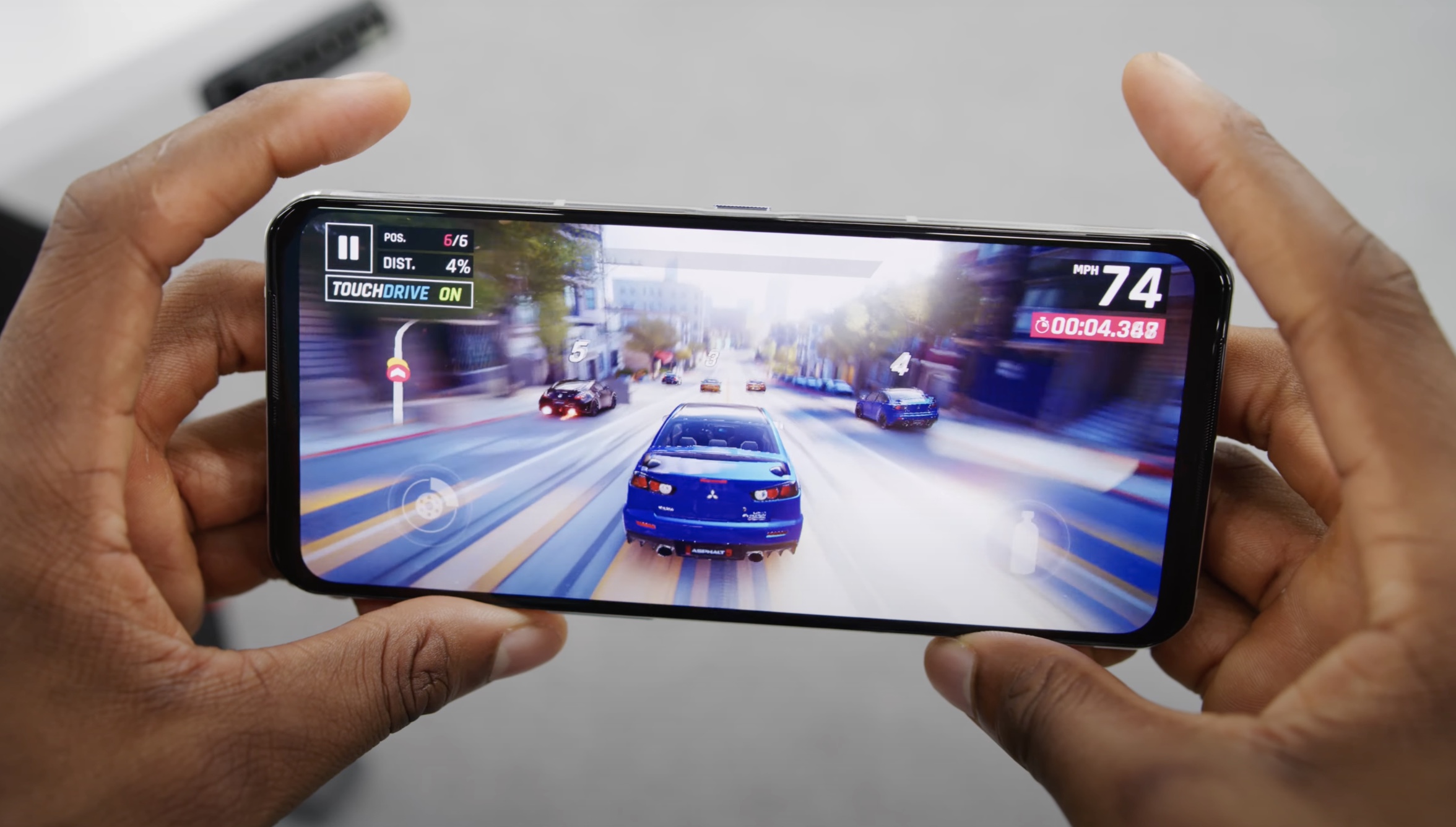 The very powerful drive from the workshop of the American giant Qualcomm takes care of the extremely powerful drive itself, Snapdragon 888. It is supplemented by o 18 GB LPDDR5 RAM and 512 GB UFS internal storage 3.1.

As for the operating system, of course, it has become the latest Android 11, which still has a user superstructure from the Lenovo brand on top, ZUI in the version 12.5. 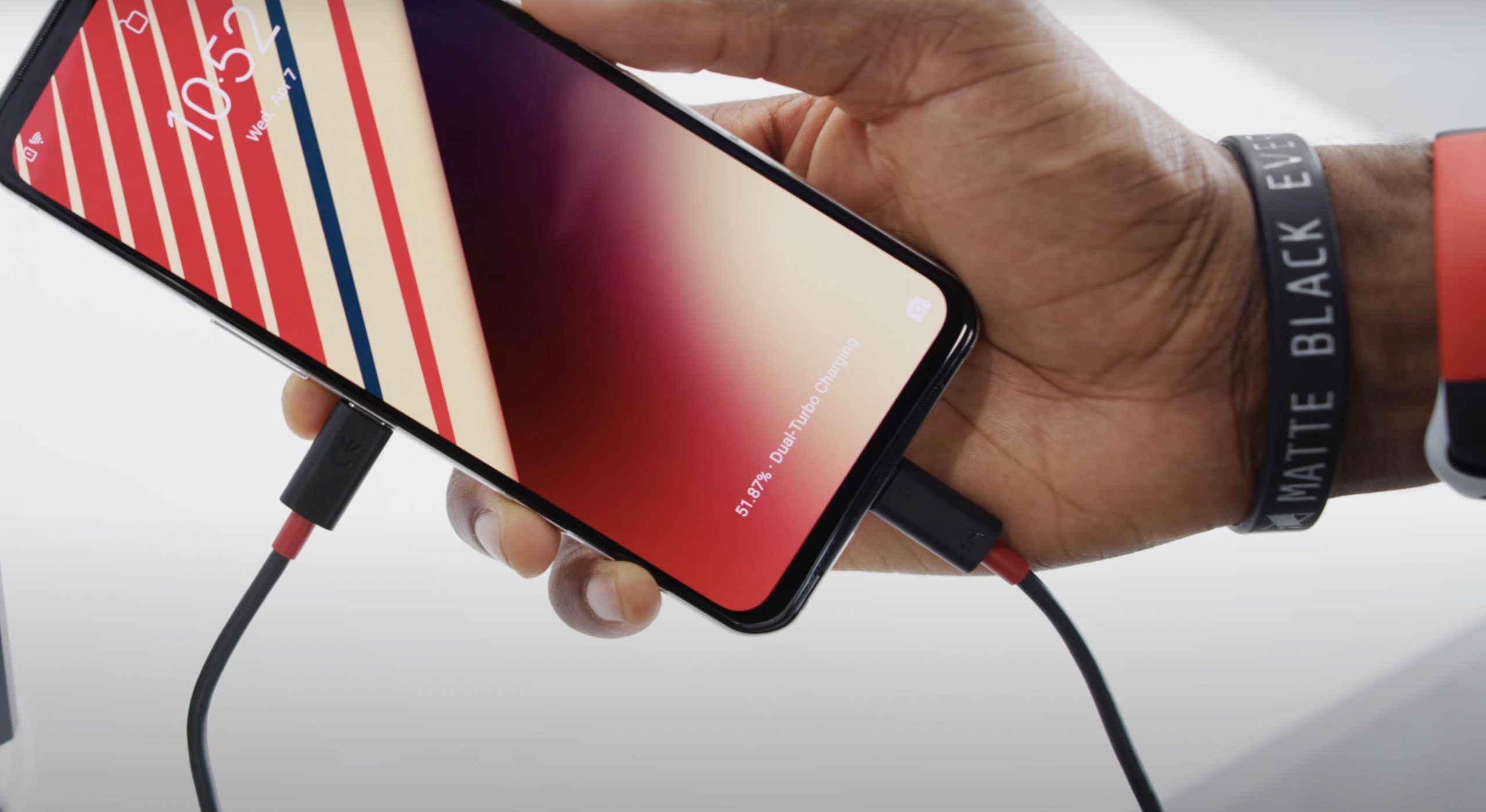 Lenovo Phone Duel 2 will be available in “Titanium White” and “Ultimate Black” colors. The back has RGB elements, as they belong on gaming devices.

Camera module, gaming brand logo Legion and fans are just the hallmarks of this smartphone. The competition will thus meet only very demanding demands with significant features of the novelty.

After all, two batteries are more than one. It's called Lenovo Legion Phone Duel 2

When it comes to the battery and its charging, you can look forward to couple integrated batteries with a capacity of 2750 mAh. You'll charge them already in half an hour, thanks 90 W charger.

However, you will not find it in the package and you have to buy it separately. In order to quickly charge with a power of up to 90 W, you must connect two cables.

The resulting image of the smartphone is therefore very interesting and at the same time a bit controversial. Lenovo but it says that if you charge the phone fully, you can have up to 8 hours continuous play.

The stability of the mobile network is guaranteed by support 5G, including sub-6GHz frequencies. K Lenovo Legion Phone Duel 2 you can finally buy a game controller. We recommend you take a look video from the famous YouTuber MKBHDwhich will show you what a real game beast it really is. 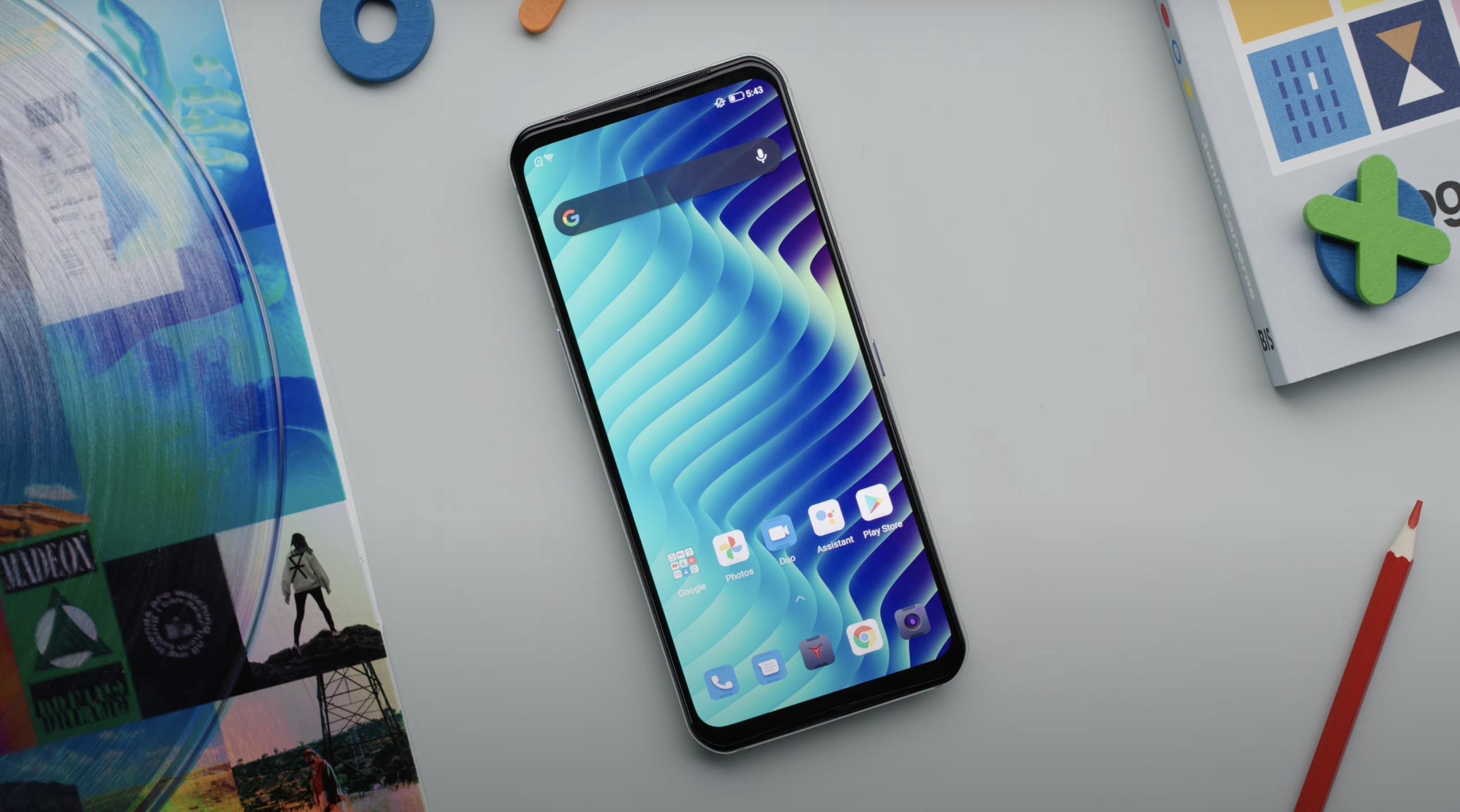 The price for the European market should be 999 €as for the so variant 16 GB RAM, 512 GB internal memory and the included charger. 799 € you will get an edition with 12 GB RAM a 256 GB storage space, which is more than enough. However, do not count on the charging adapter in this case.

[REVIEW] The Redmi K40 Pro is a perfect high-end smartphone with a beautiful AMOLED, which will pleasantly surprise you with its price