The company Oppo lured us to introduce a new smart watch called the Watch 3. It should use a new processor from Qualcomm and will also score points with an unprecedentedly curved display. The Chinese manufacturer officially confirmed the launch date today.

In addition, he also revealed that he will deploy a newly introduced processor in the Oppo Watch 3 smart watch Qualcomm Snapdragon W5 Gen 1, which is specially designed for wearable smart devices. He will be seconded by a coprocessor Apollo 4 Plus.

The show is behind the door

As for the show itself, it will happen August 10 at 19:00 local time, but only exclusively on the Chinese market. We do not yet have information on whether we will ever see these smart watches on the global market. At the same event, the company will also introduce a smart camera Zhimei Life. 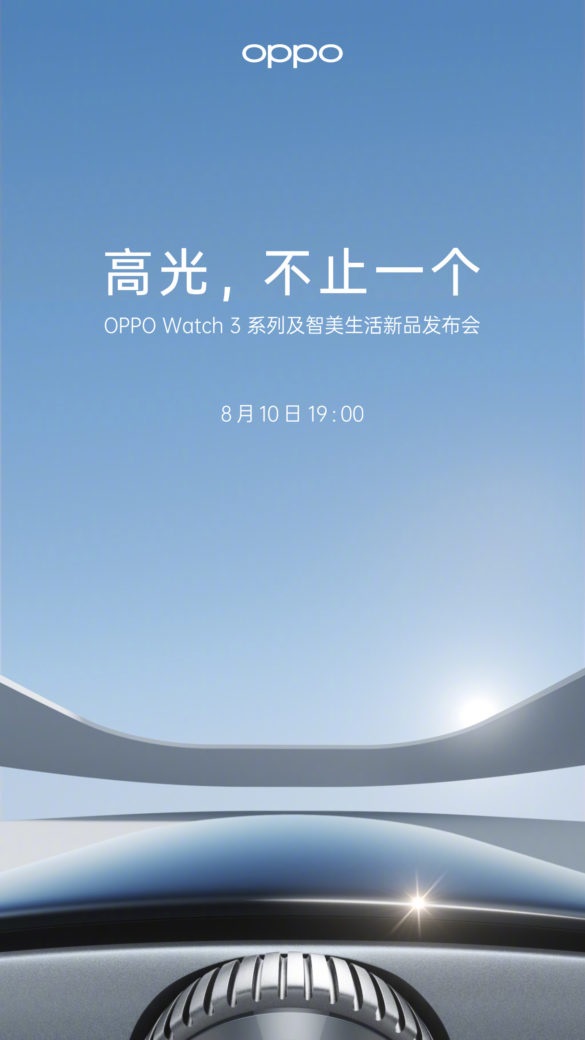 We also received a new render of the Oppo Watch 3, which was shown by the well-known leaker Evan Blass. As seen in the pictures, the watch is equipped curved display. Such a design better follows the shape of the wrist, which can be more comfortable to wear.

The body will probably be made of stainless steel and will be matched with a black or brown leather strap. There will also be a rotating crown on the right side for better navigation in the system WearOS.

Some leaks have already revealed that the display itself will have up to 1,91-inch, produced by technology AMOLED, but what is the biggest surprise, he will also have LTPO technology, so the refresh rate will change according to the displayed content.

This is more suitable for Always-on mode, when the watch will constantly display the time, but then the frequency of the display could drop to the value 1 Hz, so it wouldn't have that much impact on battery life. Apple Watch also uses a similar principle.

Stamina should range from in RTOS mode at the level of 15 days, but in full-fledged WearOS mode we will see around 5 days. This is also a really excellent value for the system from Google. The watch is expected to offer classic features like heart rate, blood oxygenation, EKG, GPS, NFC, e-SIM and water resistance 5 ATM.

How would you like such a curved display on a smart watch? Isn't it too much and you wouldn't worry about damaging it? Let us know in the comments below the article. Watch the web ChinaPlanet, sign up for news and join us on our social networks Facebook a YouTube.

Available again after more than a year! Kugoo The M2 Pro dethroned the Xiaomi M365 thanks to its price-performance ratio