Laotie FT5 is a folding electric fatbike with an output of 500 W, a range of 90 km, full suspension or a discount in CZ stock

Laotie FT5 is a folding electric fatbike with an output of 500 W, a range of 90 km, full suspension or a discount in CZ stock

If you live in a bigger city, you know how annoying it is to commute to work or simply move around the city by car when rush hour. Many times you say behind the wheel that you would rather get to the place on a bicycle. It is for these, but also other different purposes that a folding, electric fatbike is created Laotie FT5 usable even in more demanding terrain.

Laotie FT5 from Czech warehouse with coupon for a discounted price

As you may have noticed, many Banggood products are available in one of Europe's warehouses. Often we are talking about our neighbors from the Czech Republic.

This is also the case this time, which means that you will not pay anything extra for customs duties and you will receive the ordered goods within a few working days.

More specifically, it takes a maximum of 24 hours to process your order and ship it. You will have a fatbike in 2 to 4 working days Laotie FT5 delivered by courier. You pay € 13,11 for shipping.

Small, handy and foldable. Such is the Laotie FT5 fatbike

Laotie FT5 is a fatbike designed for those looking for a small means of transport to move around the city.

If you are one of them, we can only recommend the purchase. Laotie FT5 has thick tires that do not stay caught on any pavement. 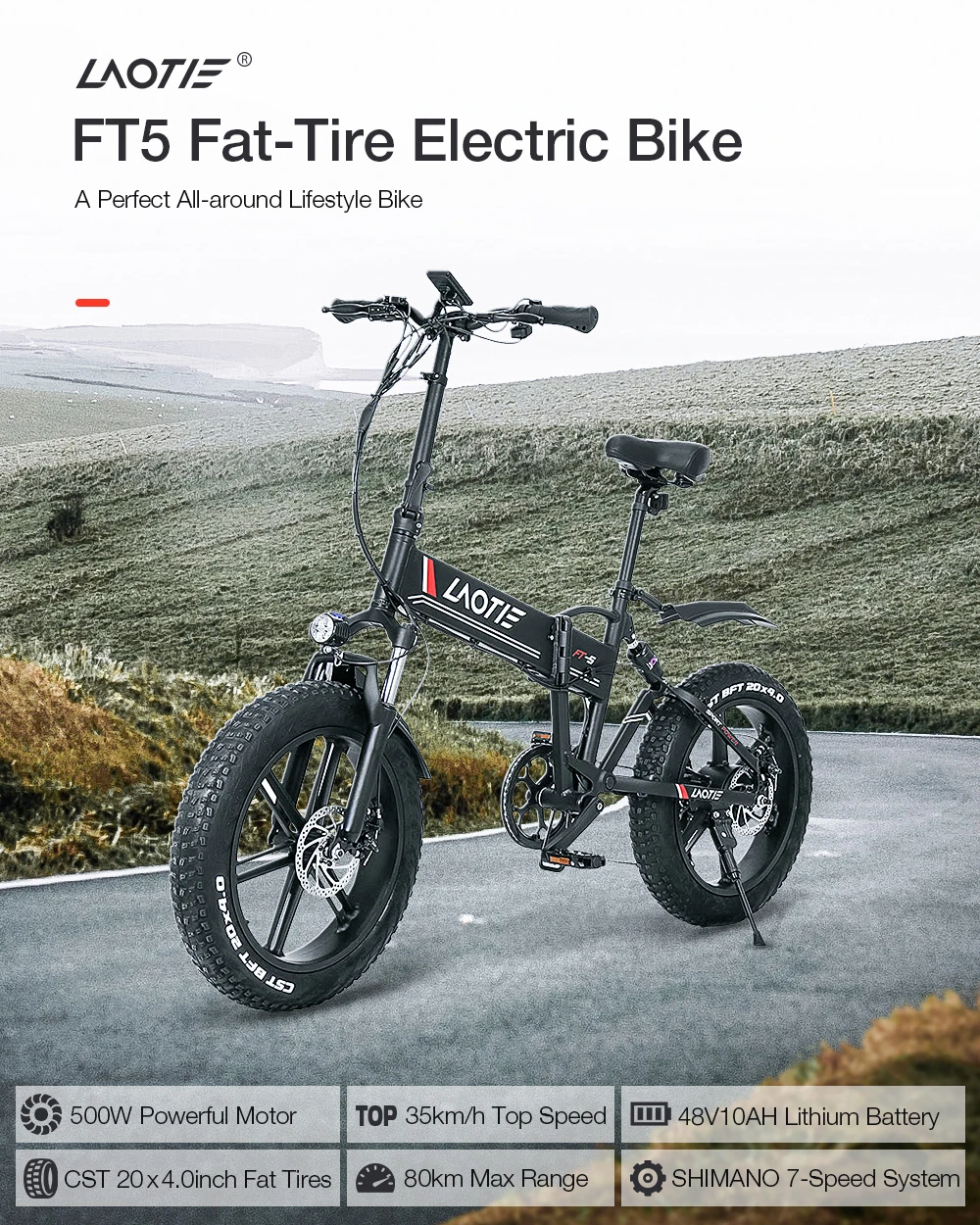 The frame of this fatbike has 20 inches and is made of high quality, aluminum material. Laotie FT5 has 500 W an engine capable of reaching maximum speed 35 km/h. 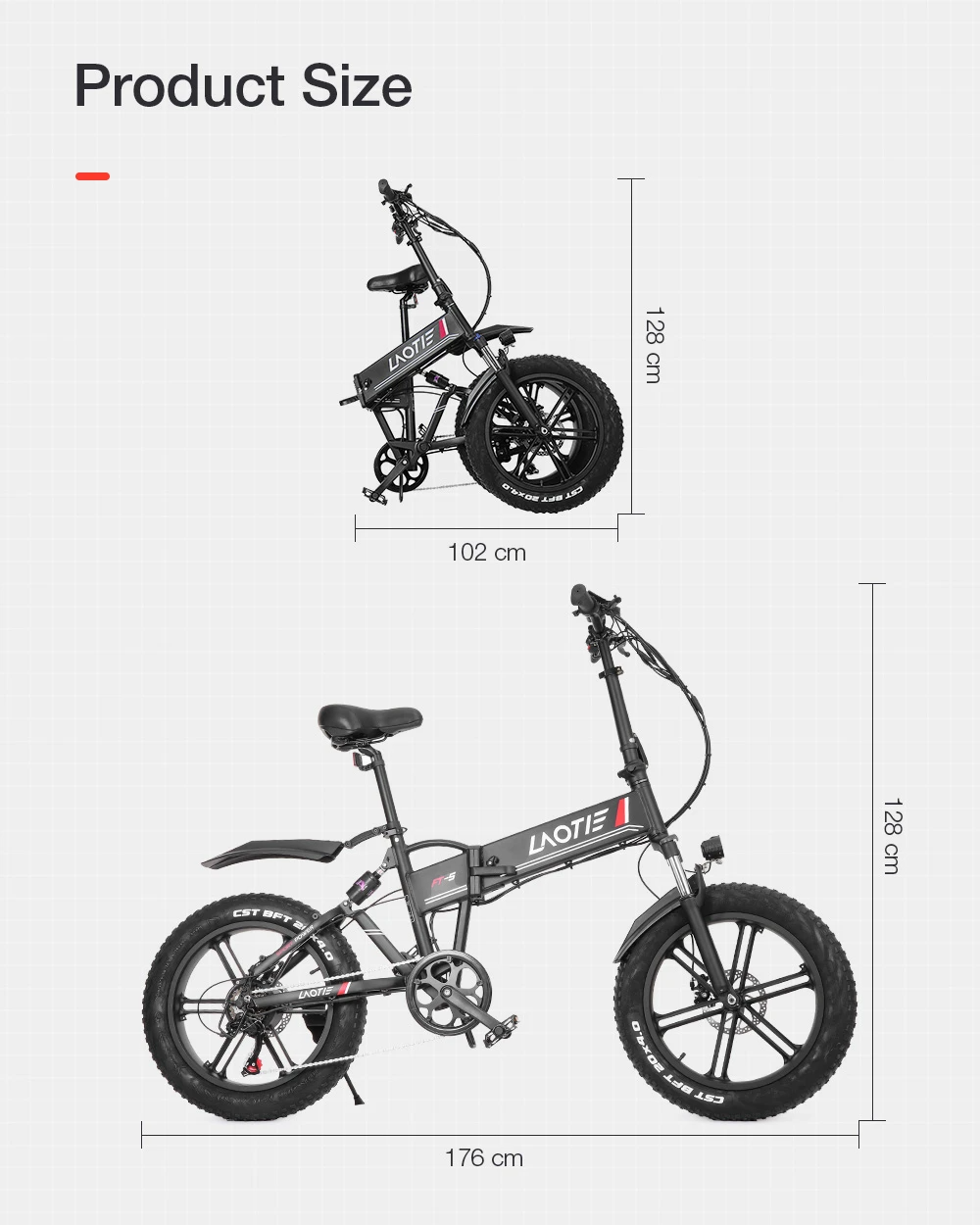 You will fully charge the Fatbike already from four to sixh hours. The system of a well-known brand takes care of changing speeds SHIMANO, which you could already hear about in the case of classic bicycles.

The Laotie FT5 gives you a choice of three driving modes

Laotie FT5 it is even a durable machine. It is characterized by several types of protection. We will mention, for example, protection against overcurrent, overvoltage, short circuit, overcharge or overheating. 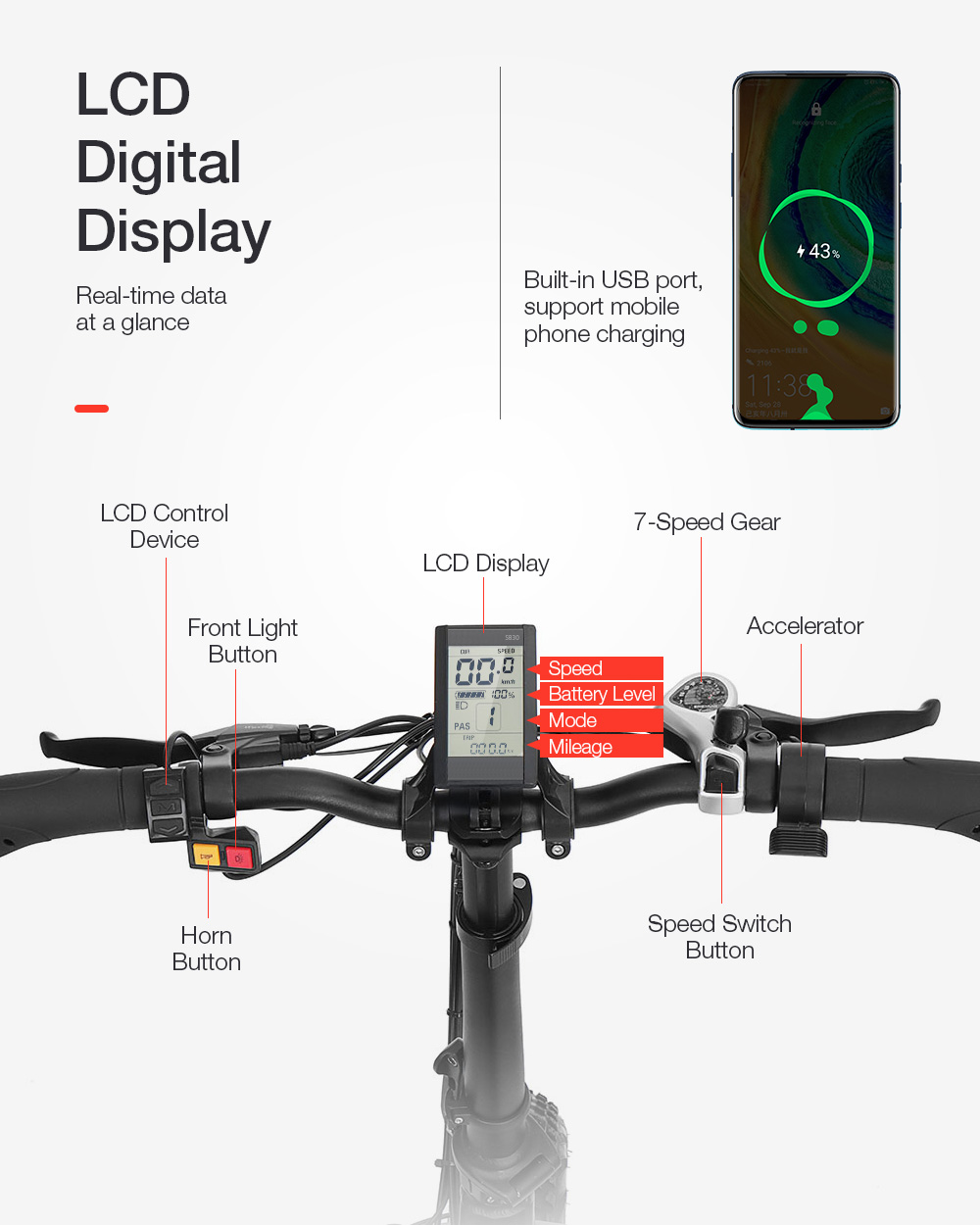 You have three modes to choose from while driving. Fully electric uses the full power of the electric motor. Expect, however, that Laotie FT5 discharges relatively soon. When it comes to battery life, you'll use a mode where you "help" the engine by stepping on the pedals.

However, you will definitely get less tired after a long journey than if you had to use a mode that uses purely human drive, so the electric bike will become a classic bike.

This can really please the right enthusiasts, but we don't expect you to use the third mentioned mode somehow. Then you wouldn't buy a bike with an electric motor. 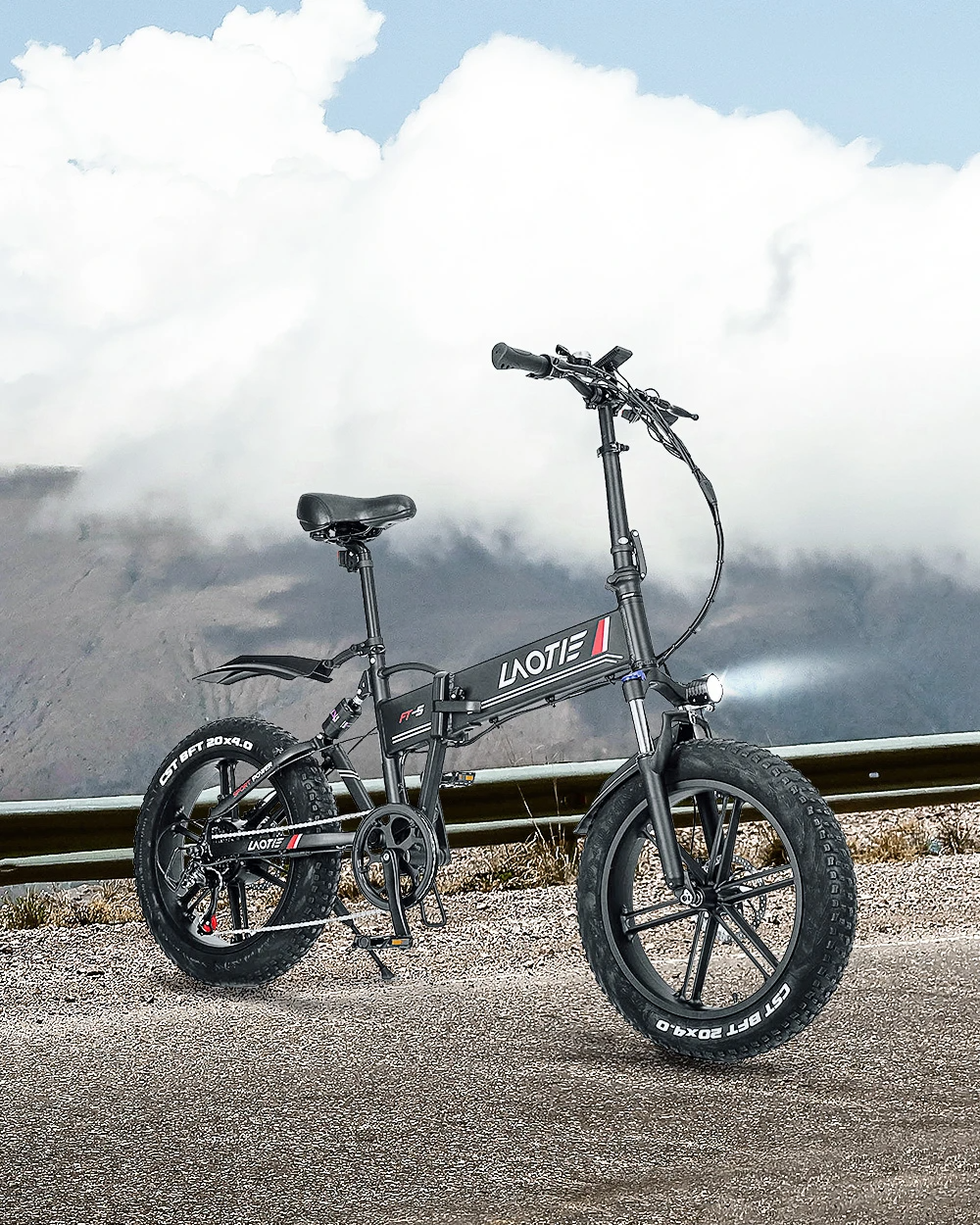 The manufacturer offers a fatbike Laotie FT5 v black, gray a white implementation. White is not available at the moment, so you will only be able to choose between the two mentioned variants.

[REVIEW] The Redmi K40 Pro is a perfect high-end smartphone with a beautiful AMOLED, which will pleasantly surprise you with its price