WalkingPad X21 review: a folding treadmill from the Xiaomi ecosystem

folding structure, thanks to which it does not take up much space during storage

clear display in the upper part of the handle

possibility to connect to a smartphone

silent operation of the belt itself

there is no storage space for the power cable

non-functioning NFC tag on the handle

I'm sure many of you have sedentary jobs these days. At the same time, with summer ending and winter approaching, it is the right time to secure home exercise machines. Treadmill WalkingPad X21 may be one of them.

WalkingPad X21 is produced by the Chinese brand KingSmith, which belongs to the Xiaomi ecosystem. They have several different types of treadmills in their portfolio. The new WalkingPad X21 ranks among the top models of the brand.

Where to buy WalkingPad X21?

You can buy the KingSmith WalkingPad X21 from our reliable international partner. Will be happy to ship from a European warehouse, which will make delivery fast and hassle-free.

WalkingPad X21 was delivered to us by a DPD courier with the question: "What did you order?". His curiosity was justified, as it was by far the largest and heaviest box among those he had loaded in the van.

The treadmill comes in a really big box with dimensions of approximately 110 x 80 x 26 cm and a weight of up to 46 kg. Even a stronger guy has a lot to do to carry such a box somewhere. However, a willing courier will help you. 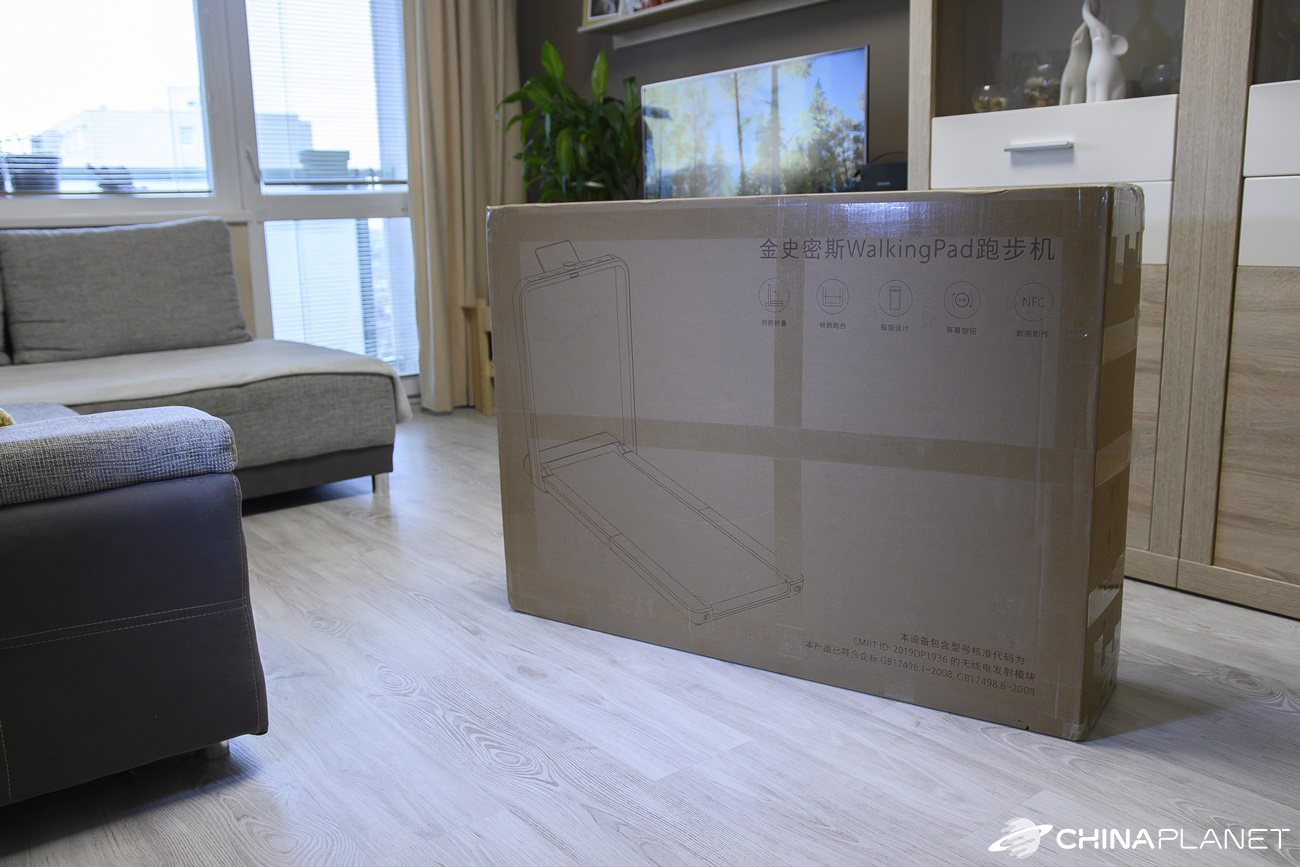 After unpacking the box, we were greeted by a lot of Styrofoam around the folded treadmill with one cardboard box for accessories. It hides several components. Specifically, it is a holder for a tablet or smartphone, a power cable, an Allen key, silicone oil, a securing cord and an instruction manual. 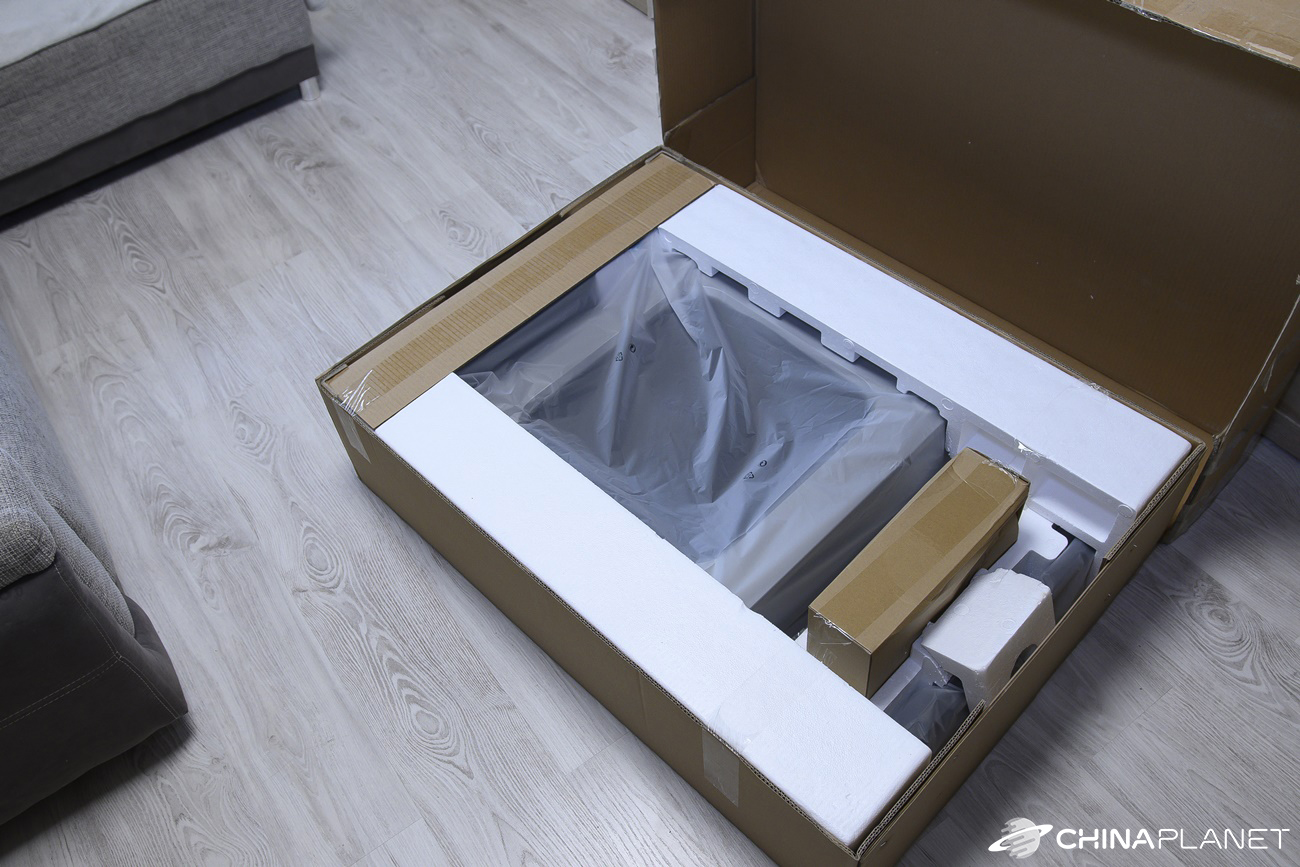 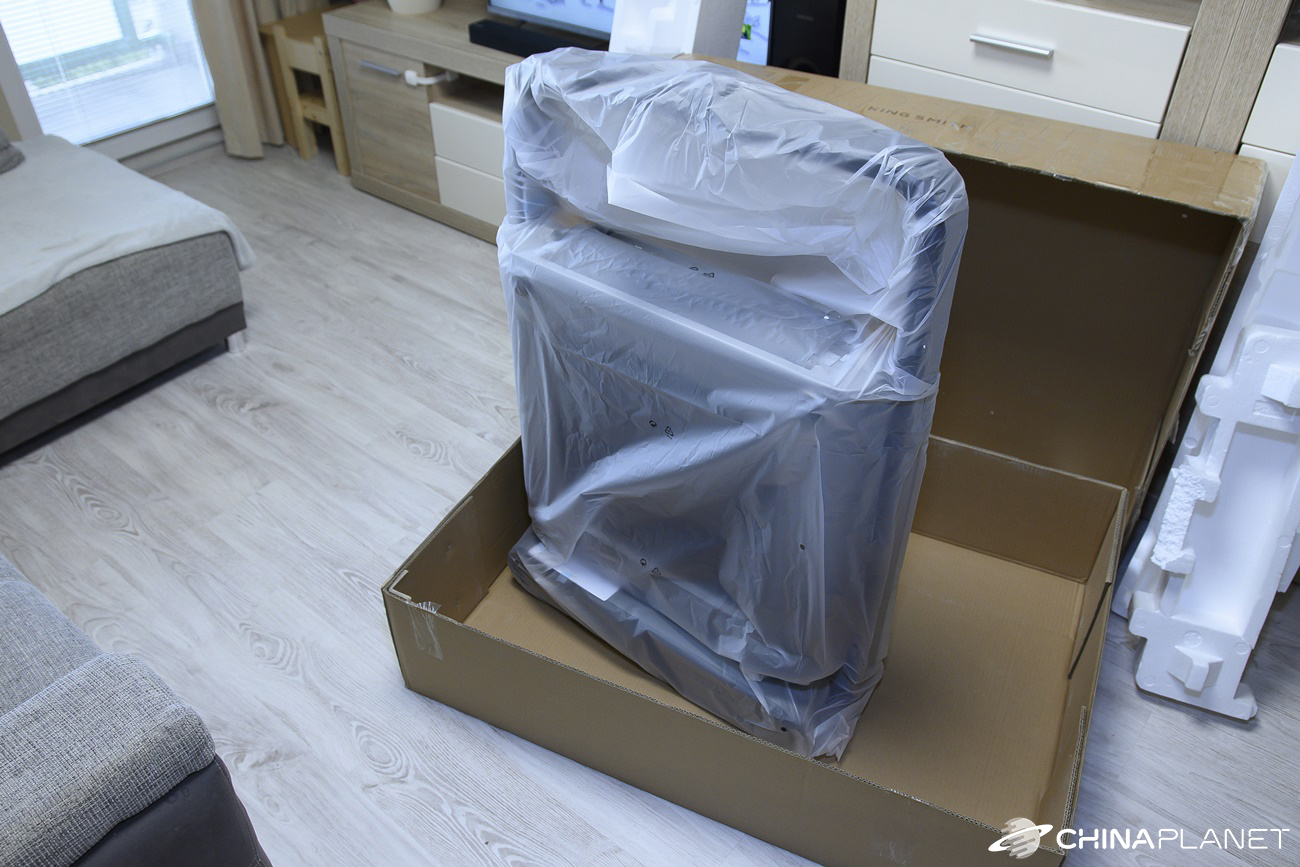 Quality of processing and assembly

The WalkingPad X21 treadmill has a metal construction complemented by ABS plastics. Overall, it has a very high-quality, even premium impression. It received an industrial design in a combination of black and stainless steel. 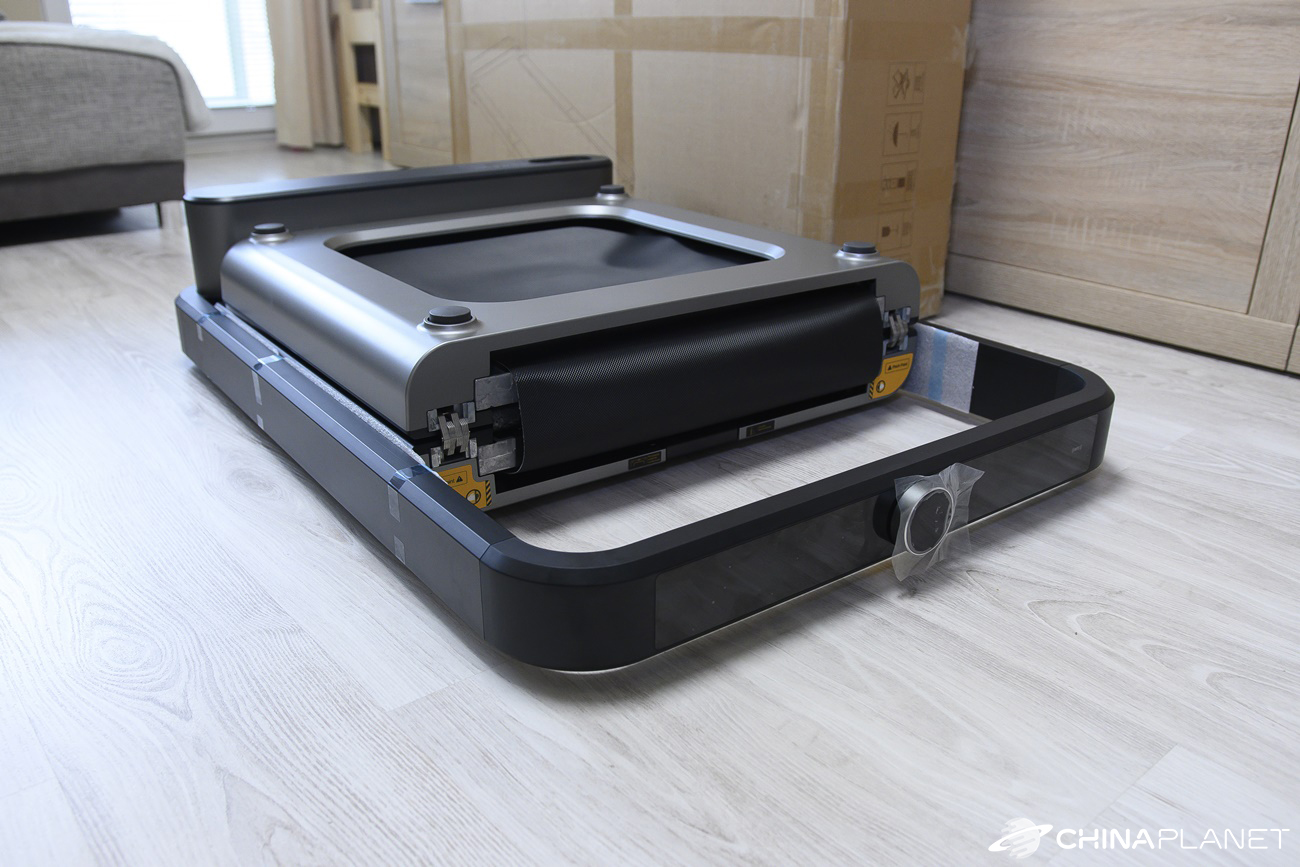 The treadmill is powered by a carbon-free, maintenance-free motor with a power of 1 HP. The engine is located in the front part of the structure and metal gears are a matter of course. The belt itself is anti-static and anti-slip. Its surface consists of a fine black texture. Under it there are several layers of different materials that ensure comfort during use. 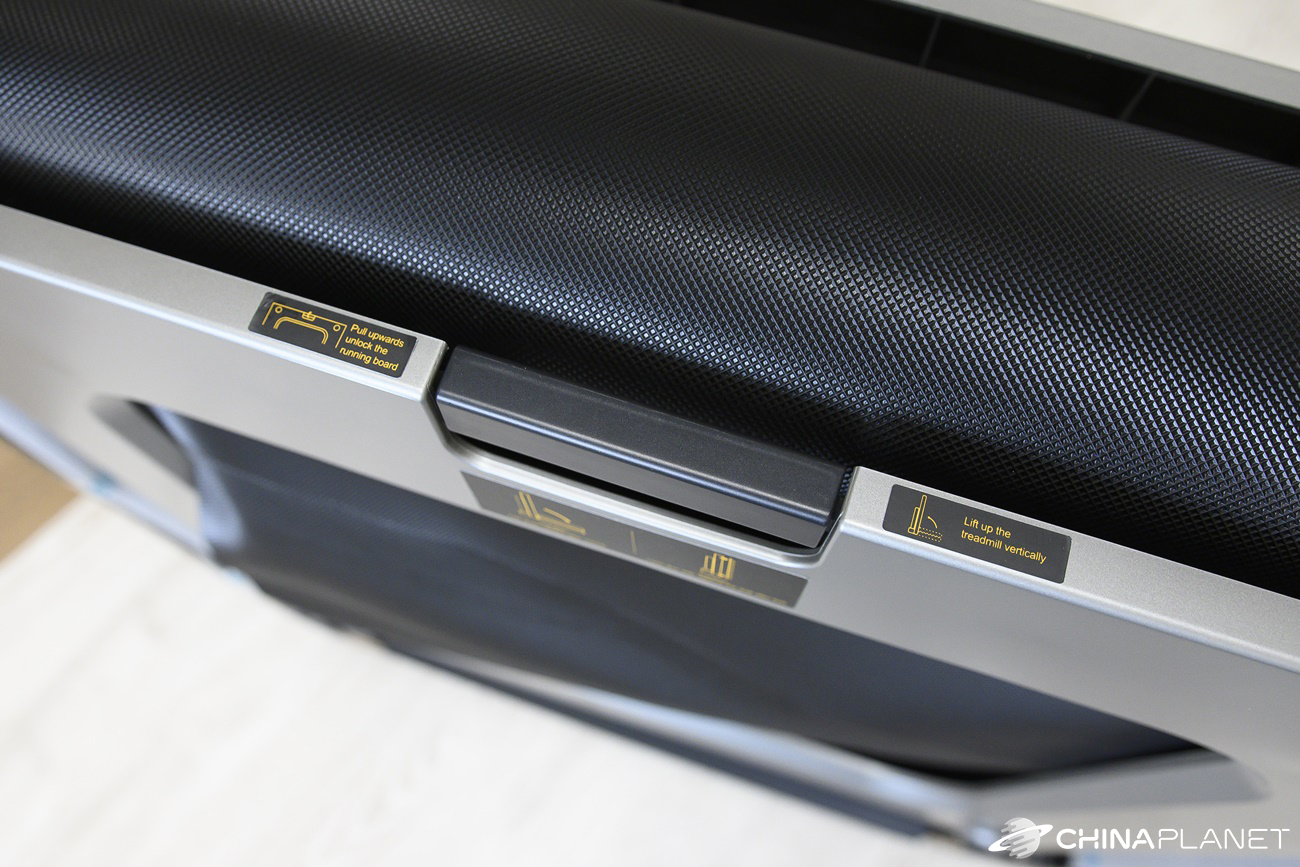 As for commissioning, no special assembly is required. As we mentioned in the introduction, the treadmill comes in a folded form in the box, so you just need to take it out, remove the polystyrene and other protective elements and unfold the belt in a horizontal position. 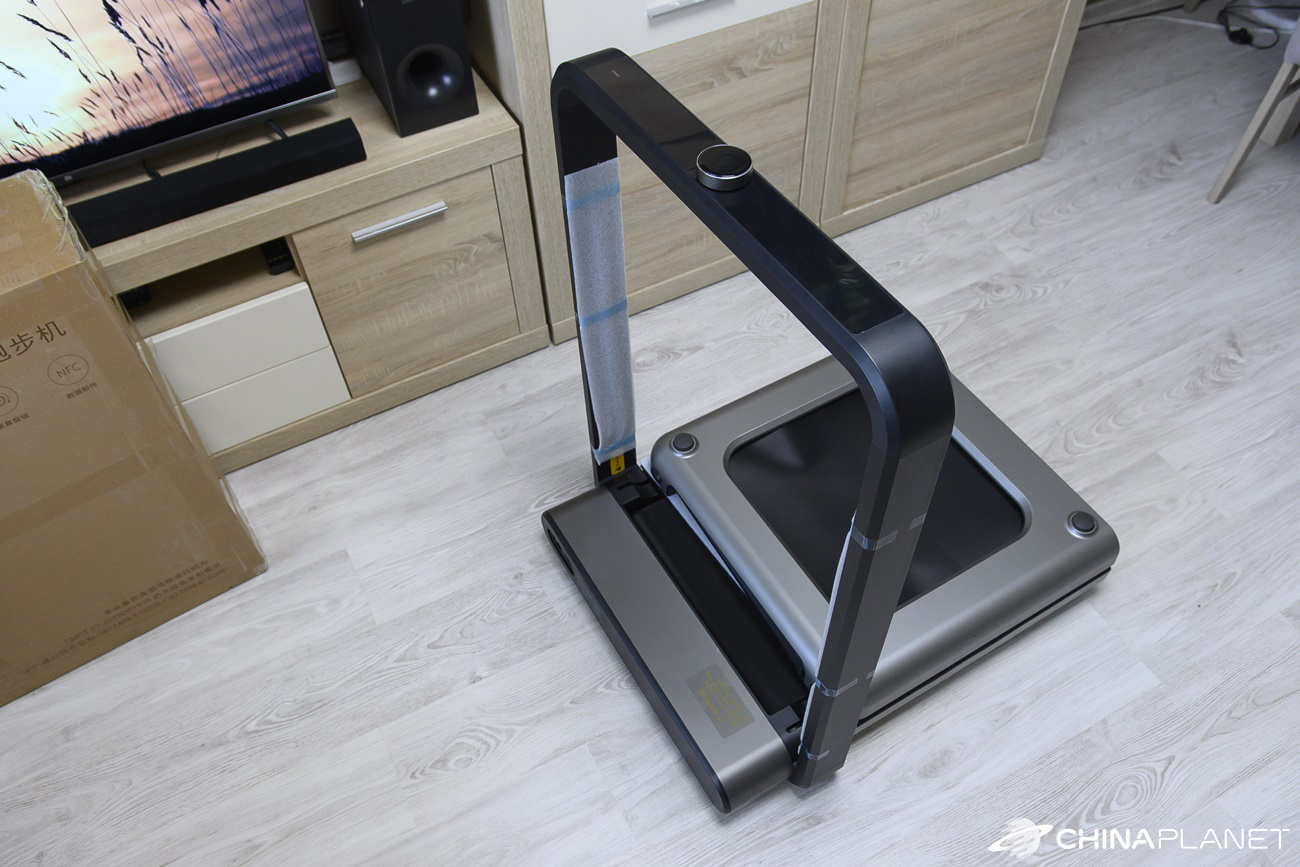 The WalkingPad X21 has a double folding design, which means that it does not take up much space when folded, despite the fact that it is not a small belt. When folded, it maintains a vertical position thanks to the wider base, which also has wheels for easier portability.

To unfold, just pull the handle and fold the main part towards the ground. In this position, the belt itself is still folded in half, so it is necessary to fold the other part to a horizontal position. 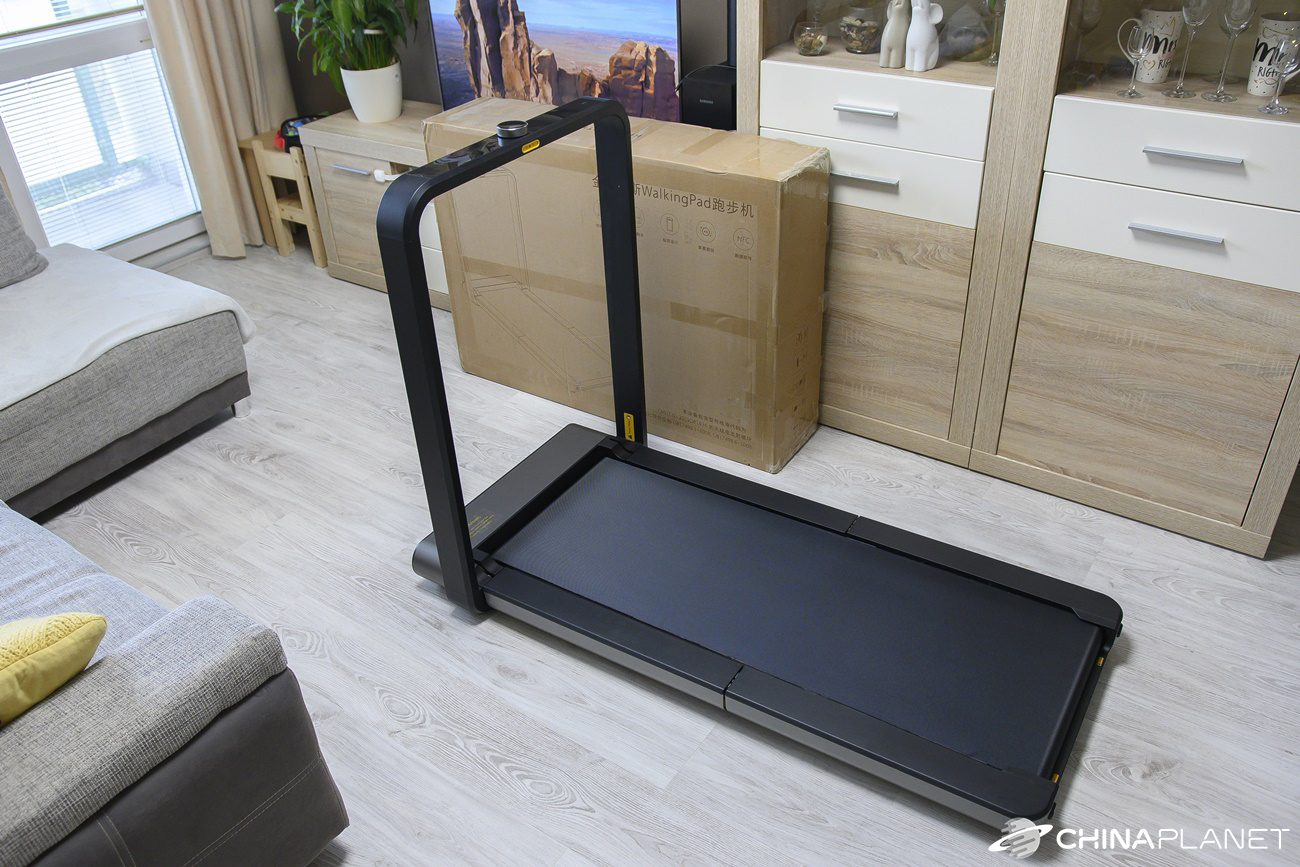 In the package, you will find a holder for a tablet or smartphone, which is easily attached using a pair of screws from the bottom of the metal frame, which also functions as a kind of handle.

First power on and unpleasant discovery

Our first switch on was accompanied by an unpleasant surprise. We connected the belt to the mains, turned it on with the red button, connected the fuse, pressed the top button and only an unreadable square appeared on its display. It was supposed to be a QR code that is used for pairing with an application on a smartphone. 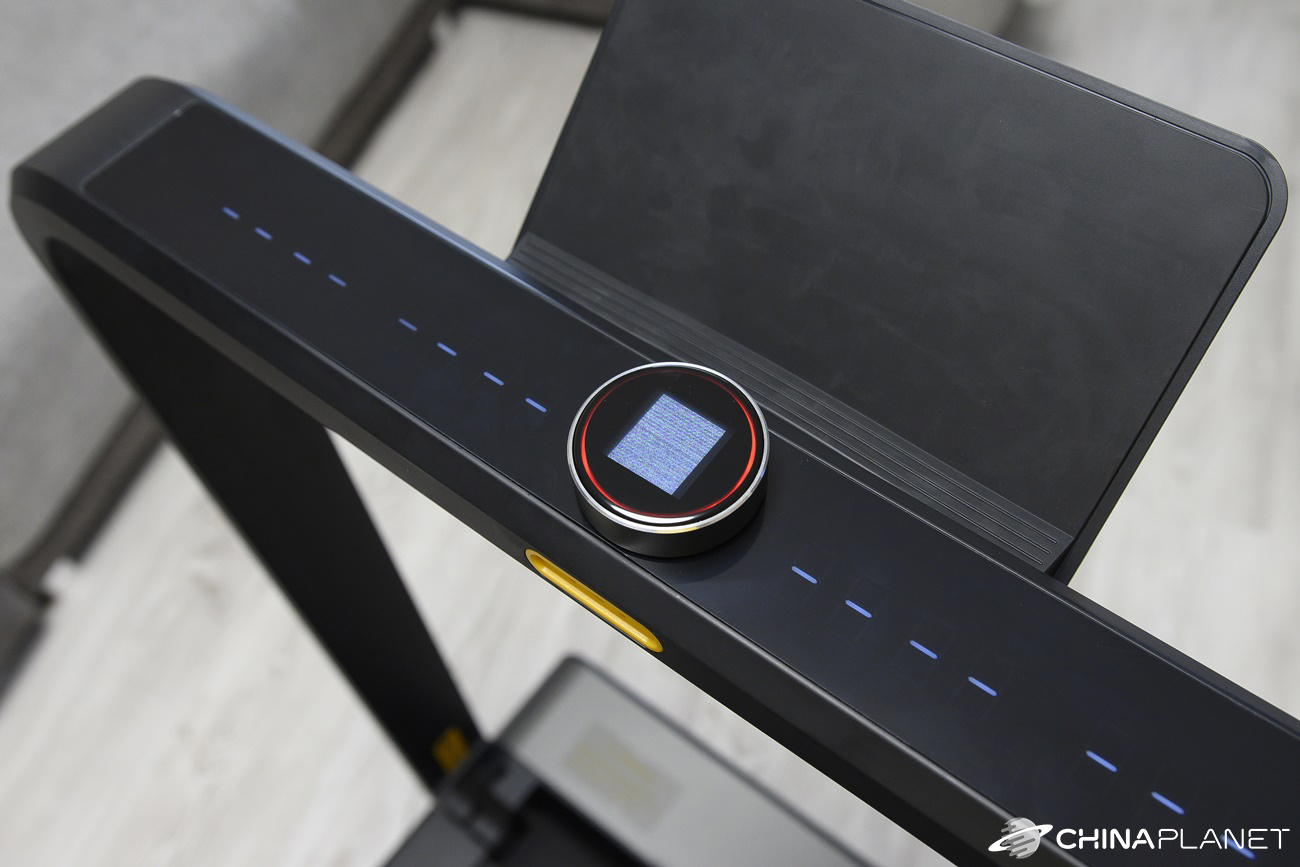 The broken polystyrene that was supposed to protect this rotary selector with a display took its toll after all. The button with the display was not functional, in our case it could not be pressed and the display did not show the data correctly. After a while it even turned off completely, the red border lit up and the belt just beeped.

How we handled the complaint

We photographed the problem button with the display, recorded a video and sent the documents to the e-shop support Geekbuying. In response, we received an instructional video on how to disassemble the complete treadmill step by step. Since we suspected that the problem would only be with the button and the display, we started disassembling the upper part of the handle. 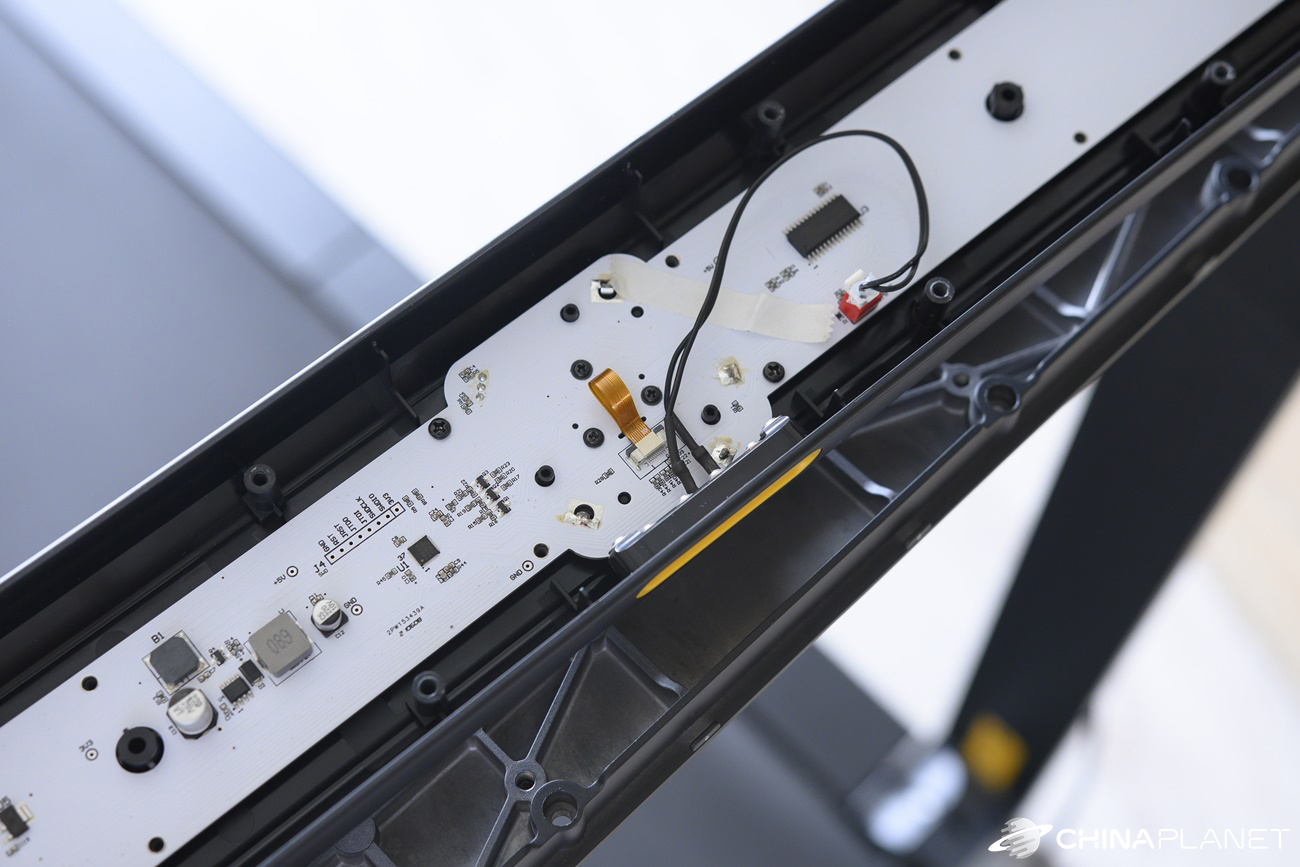 After removing the top cover, we disconnected the flex cable leading to the display, unscrewed the corresponding screws and removed the button with the display. Here we noticed a stuck flex cable in the internal structure of the button, so the problem was clear. We photographed everything again and sent it to support Geekbuyingu, which subsequently sent us a new button with a display. 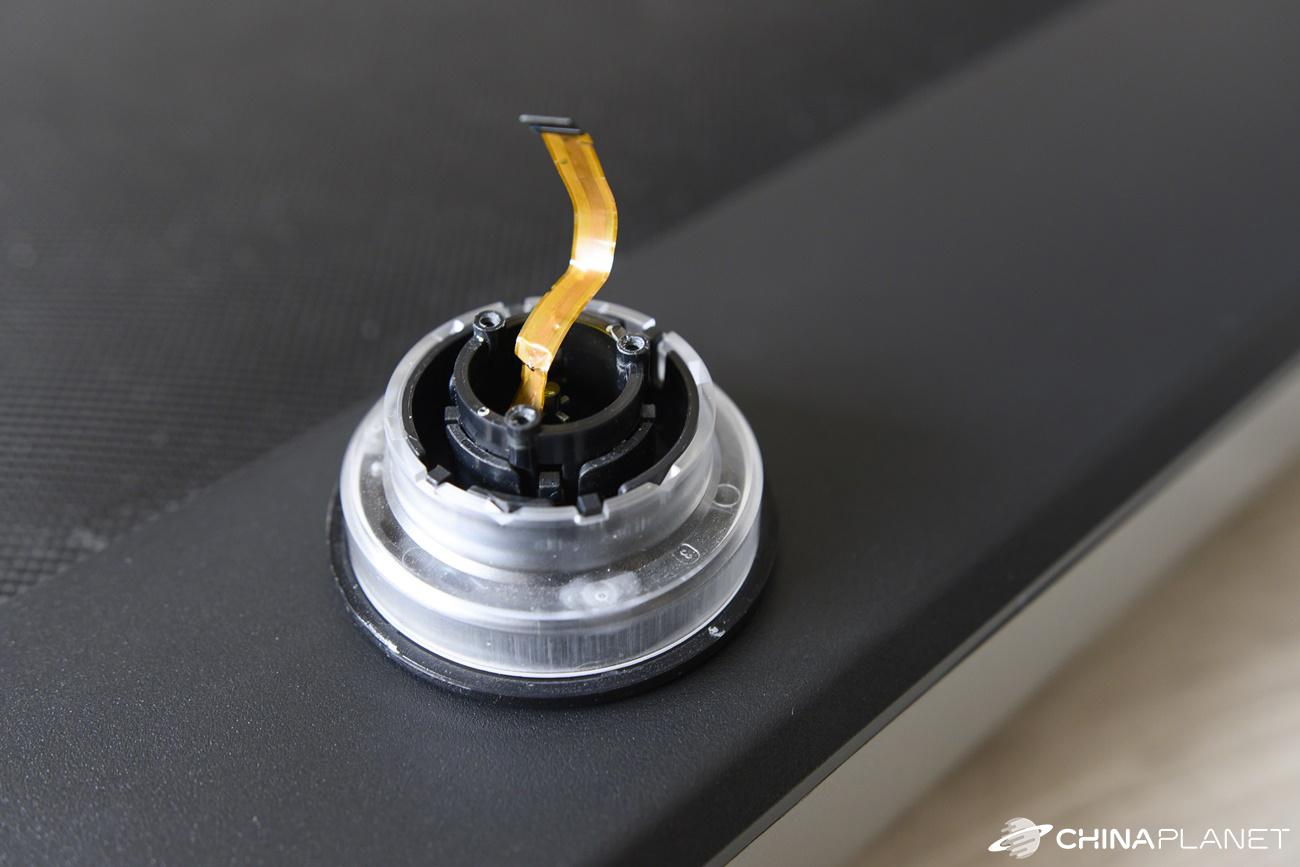 As you can see, the complaint went through without any problems. Especially with Geekbuyingom we have a very good experience when it comes to complaints. They have already sent us a precise, instructional video on how to replace a malfunctioning part. According to the video, anyone can do the replacement.

The treadmill has an almost standard design with a handle. In its upper part, there is a large LED panel almost the entire width of the upper part of the handle. Basic data such as speed, distance traveled, training time and calories burned are displayed here. 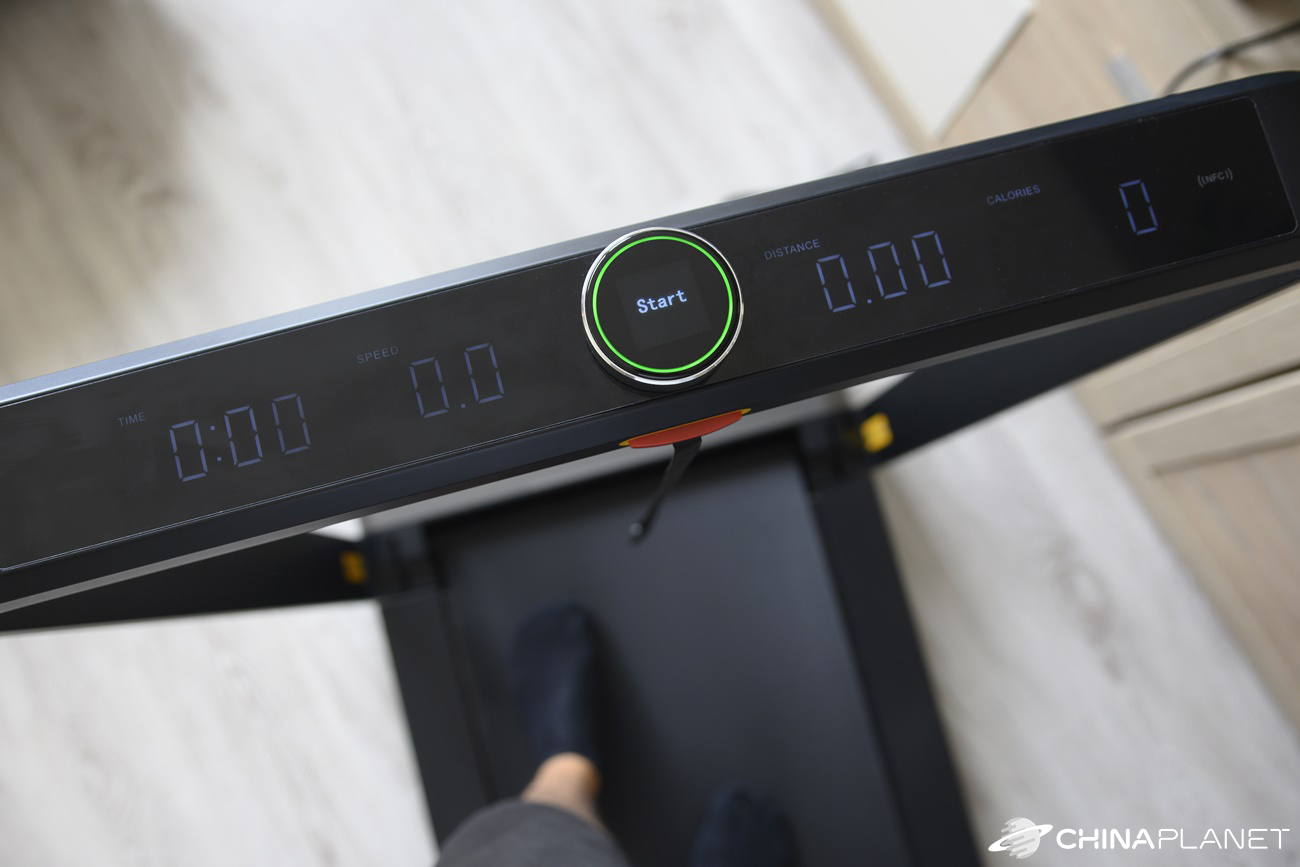 In the middle of the handle is a control button with a small display. Before actually turning it on and using this button, it is necessary to turn on the belt using the red button located at the bottom, next to the port for the cable leading to the mains. 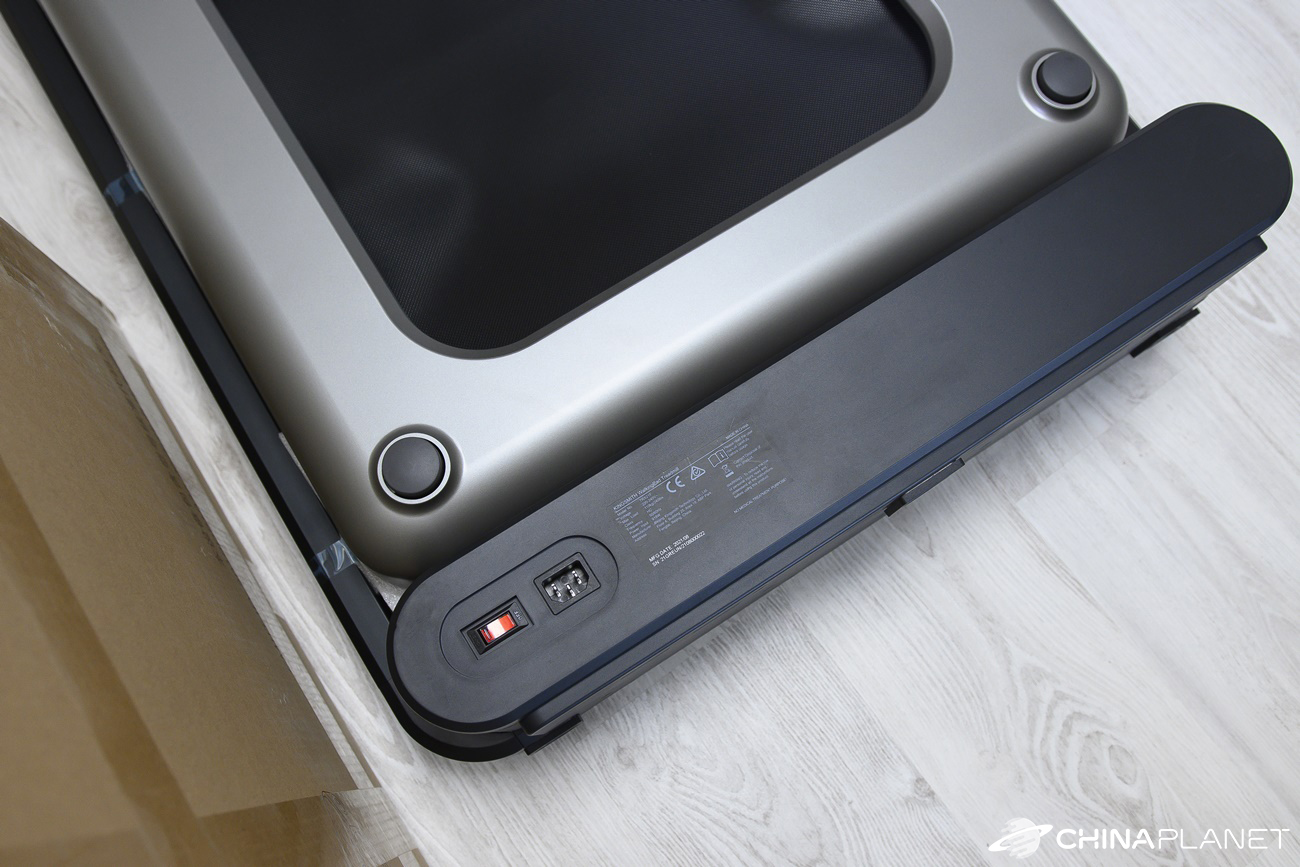 An interesting element is also a stand for a tablet or smartphone and a fuse in the front part of the handle. It is attached to a string, which the user should fasten with a belt clip. If the fuse is disconnected, the belt gradually stops its operation. If you turn on the treadmill without this fuse, you will see a warning on the display. 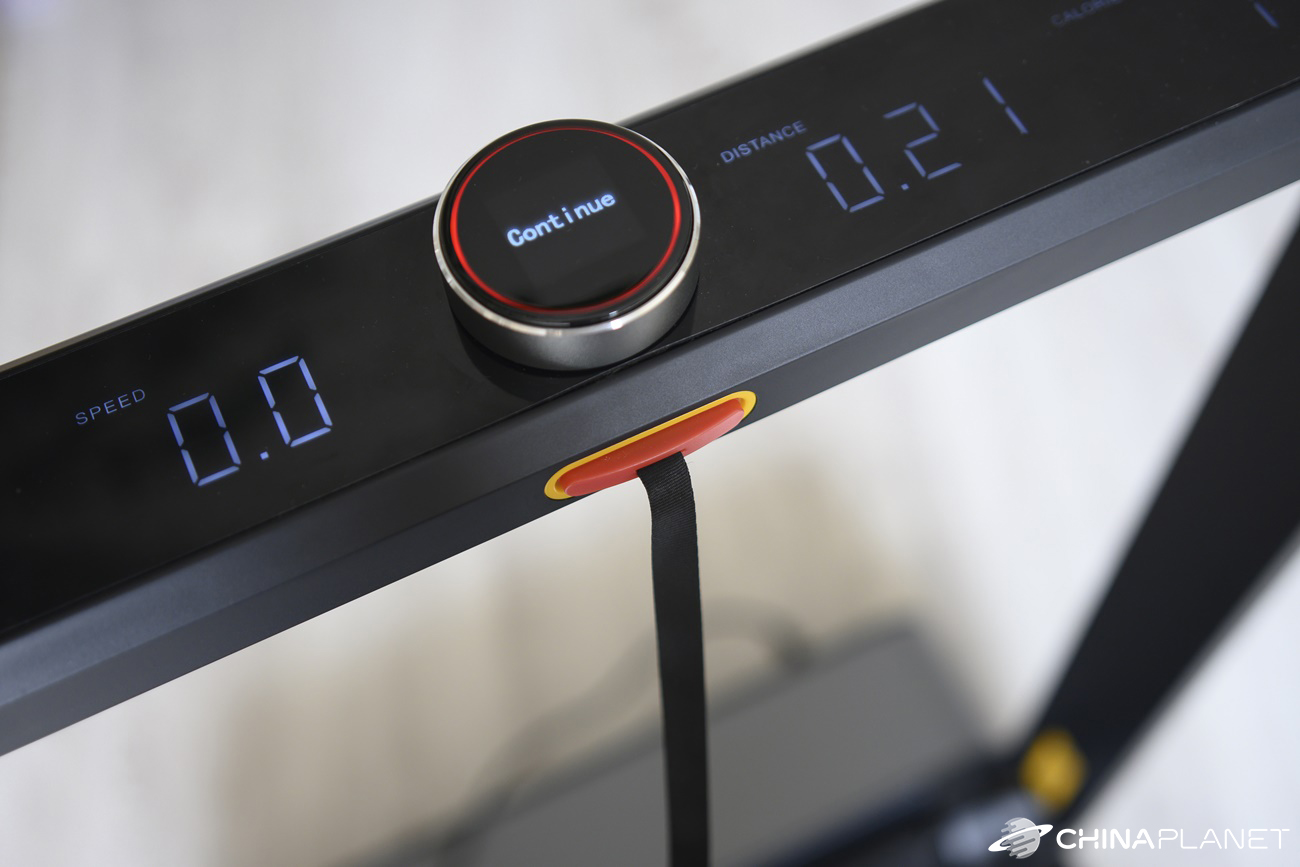 Pairing with a smartphone app

As usual, the treadmill from the Xiaomi ecosystem is also classified as a smart device. It supports technologies such as Bluetooth and NFC, and you can pair it with an application on your smartphone. It is called KS Fit and you can find it in the Google Play store, or after scanning the QR code from the user manual. 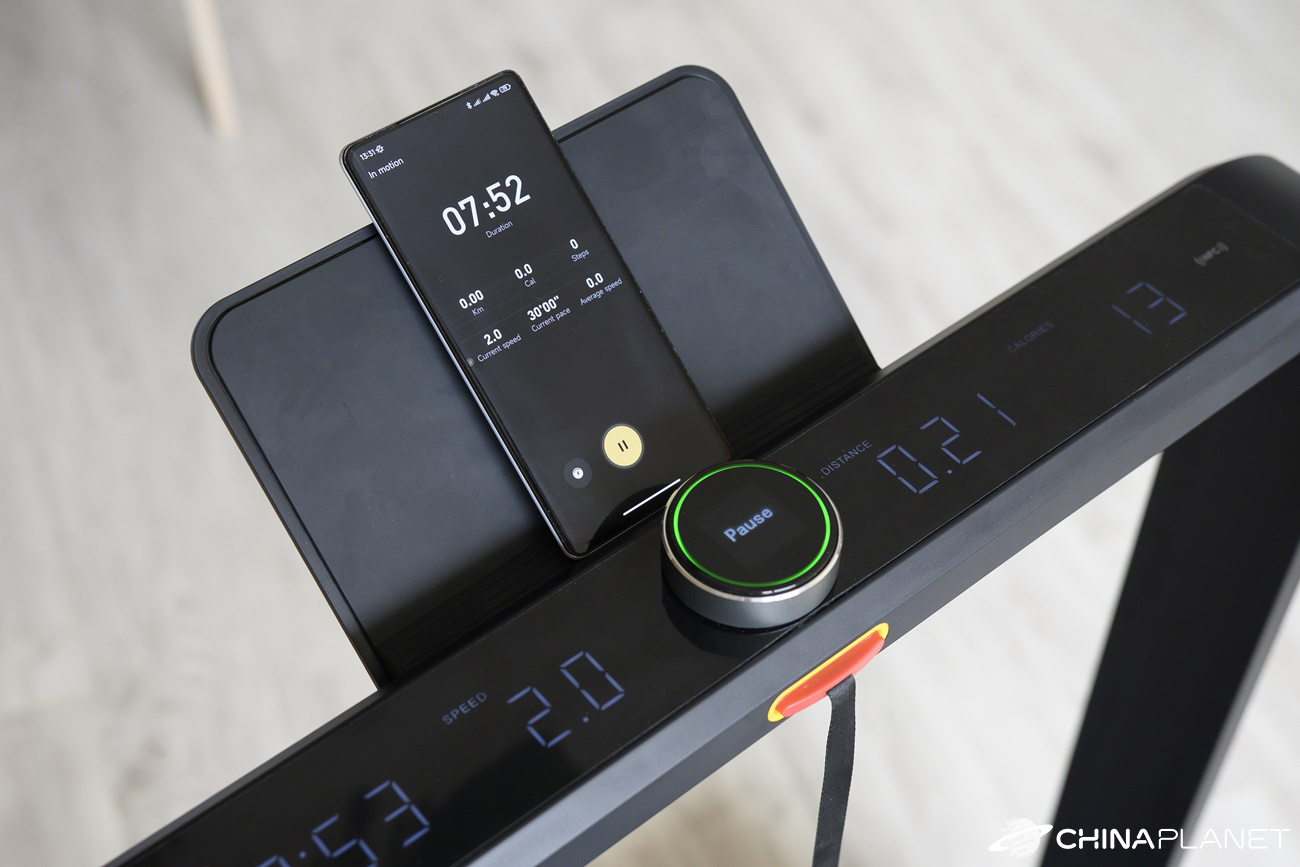 The app has a very poor rating in the Google Play Store. At the time of writing the review, it is only 1.8 out of 5. After registration and successful login, the option to add a device is offered. You can add a belt by manually searching for the X21 model under the Treadmill tab. After the belt is found, pairing takes place automatically.

Pairing via the NFC tag on the handle somehow didn't work for us. After placing the smartphone in this place, the KS Fit application opened, pairing started, but it was always unsuccessful.

How does the belt work and what options does it offer?

The WalkingPad X21 treadmill can be started from the app or by pressing the rotary selector. After three beeps, the belt starts up to a speed of 2 km/h and starts measuring time, distance traveled and calories burned. 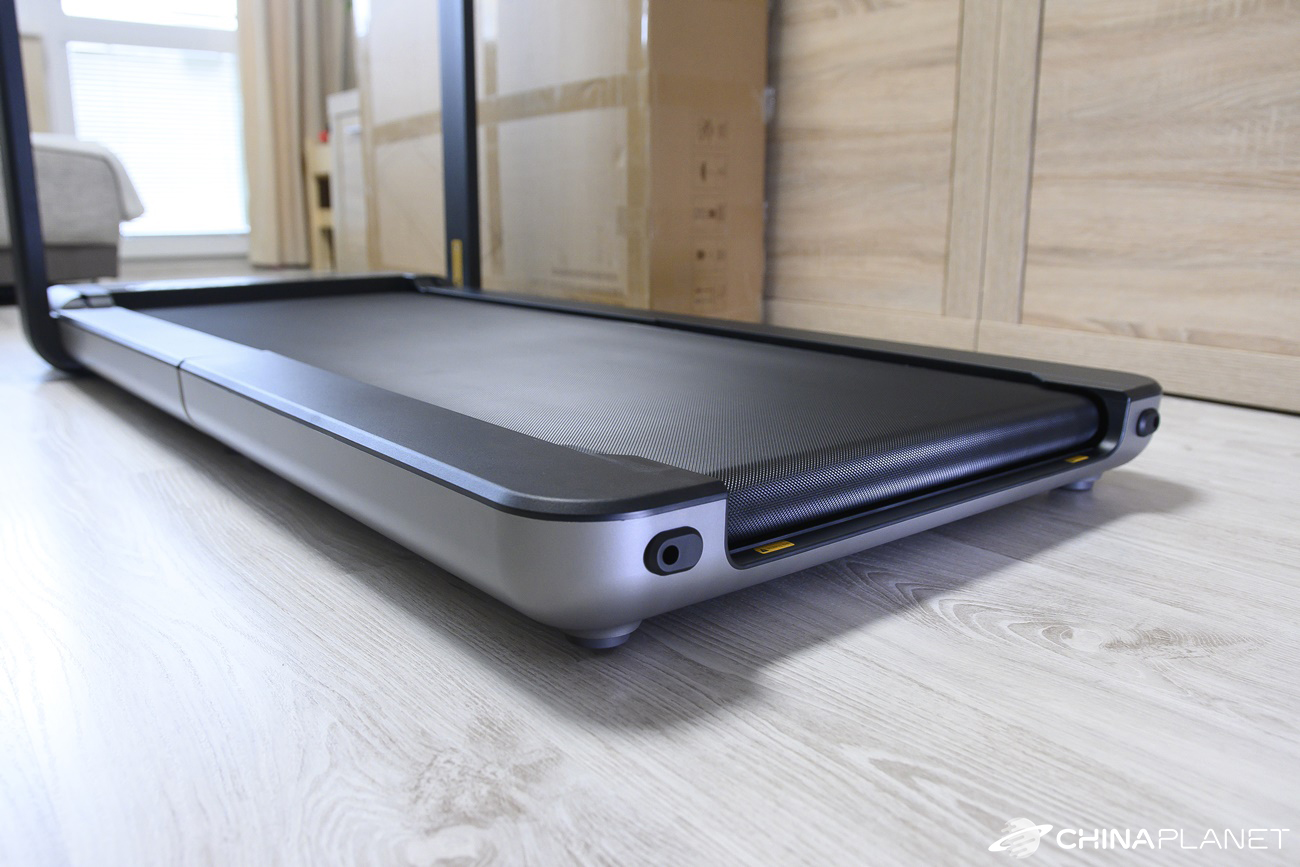 The speed can be adjusted in the range of 0.5 - 12 km/h in steps of 0.1 km/h. If you turn the rotary control faster, the speed will change in jumps by 1 to 3 km/h. To stop the belt, just press the button again. Of course, the belt does not stop suddenly, but gradually slows down until it stops.

Get ready for more noise

The WalkingPad X21 treadmill has a very quiet operation, but it has a folding construction, due to which its stability may not always be completely perfect. Although the belt holds together very well, a completely flat floor is ideal. 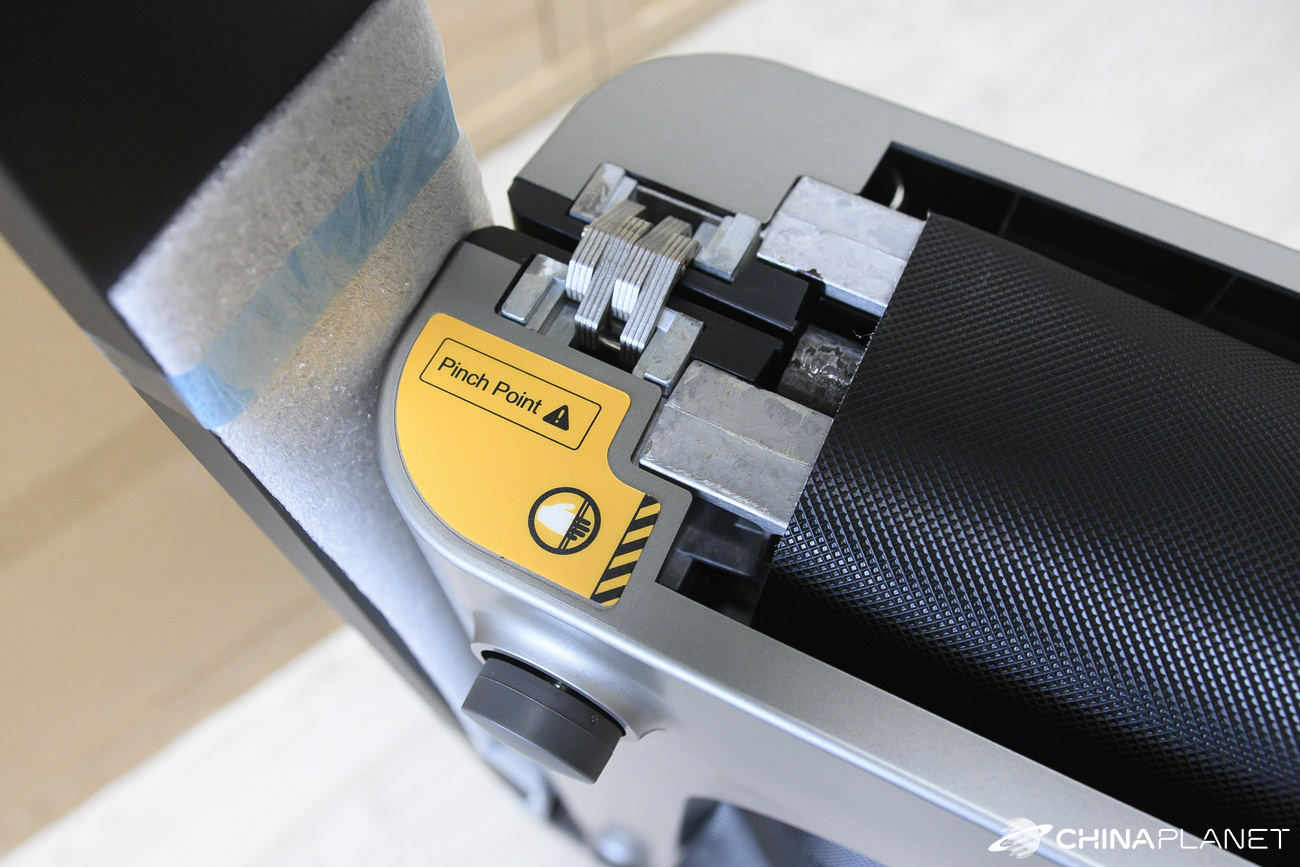 An uneven floor causes slight flexing at the bend points, so for ideal operation, the best is a perfectly flat floor, or some kind of pad that would dampen the noise while running. At a speed of around 9 km/h, we measured a noise level of around 70 dB during running. 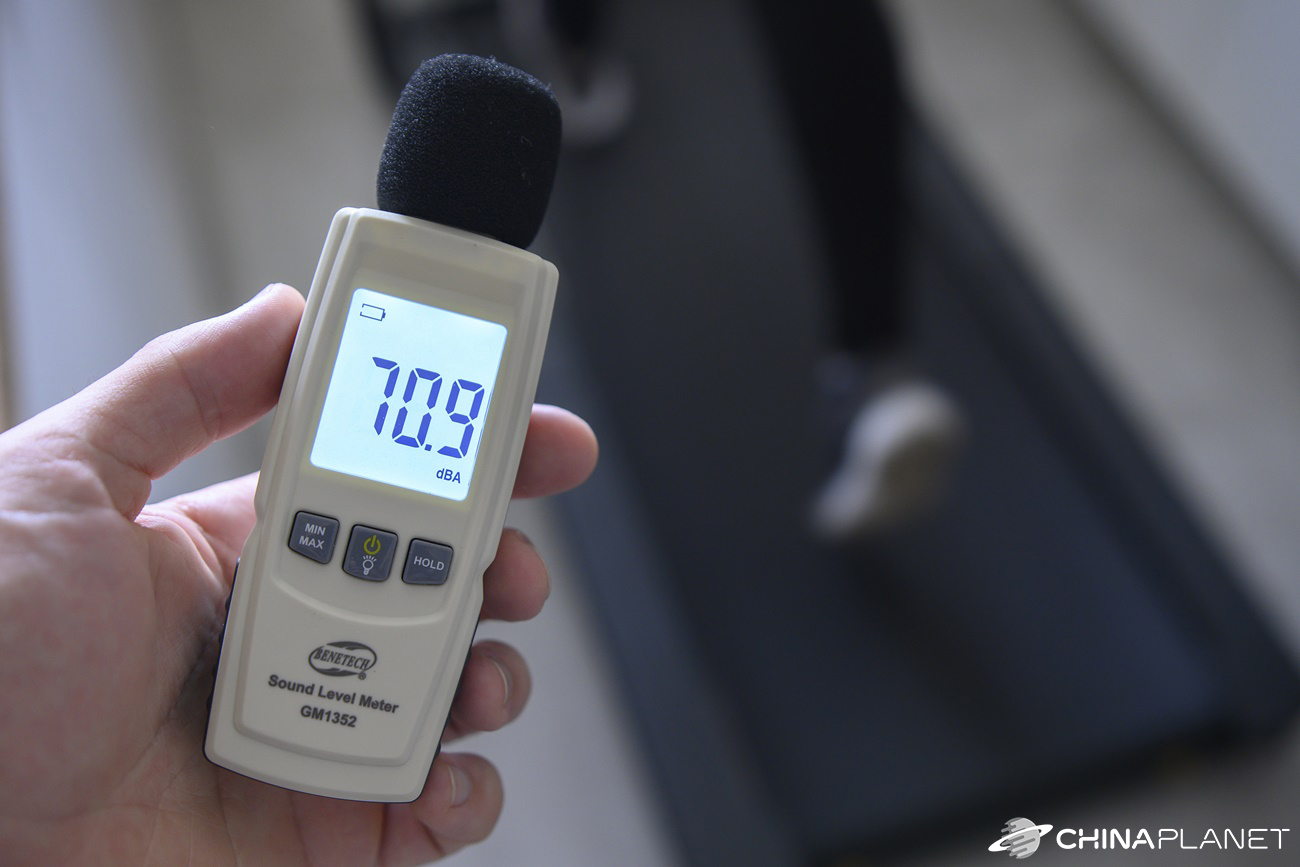 We tested the belt in an apartment on a laminate floor, and we have to admit that the noise is quite significantly transmitted to the lower floor under nami, since they are neighbors from the apartment below nami they immediately came to ask what was going on with us. Of course, the noise increases with the increasing speed of running on the belt.

However, we do not take this noise as a negative, as it rather stems from the nature of the activity on the belt - from running and the associated "stomping" during this activity.

What does the KS Fit app offer?

The application environment is very simple and clear. The initial screen is also used for starting the training, or for monitoring it. You can activate the treadmill not only with the button but also with the app.

The data in the application is quite accurate. During several training sessions, we also started tracking the activity on the Mi Band 7 fitness bracelet, which recorded exactly the same distance traveled. For other data, the differences were minimal.

Information about past trainings is also available, along with statistics for different time periods such as day, week, month, year or even overall statistics from all trainings together.

The settings in the application are very poor and basically you can only set basic parameters such as maximum speed, starting speed, child lock and units.

The WalkingPad X21 treadmill from KingSmith is one of the top models in the brand's portfolio. It hides a carbonless electric motor with a power of up to 918 W, with which the belt can reach a maximum speed of 12 km/h. 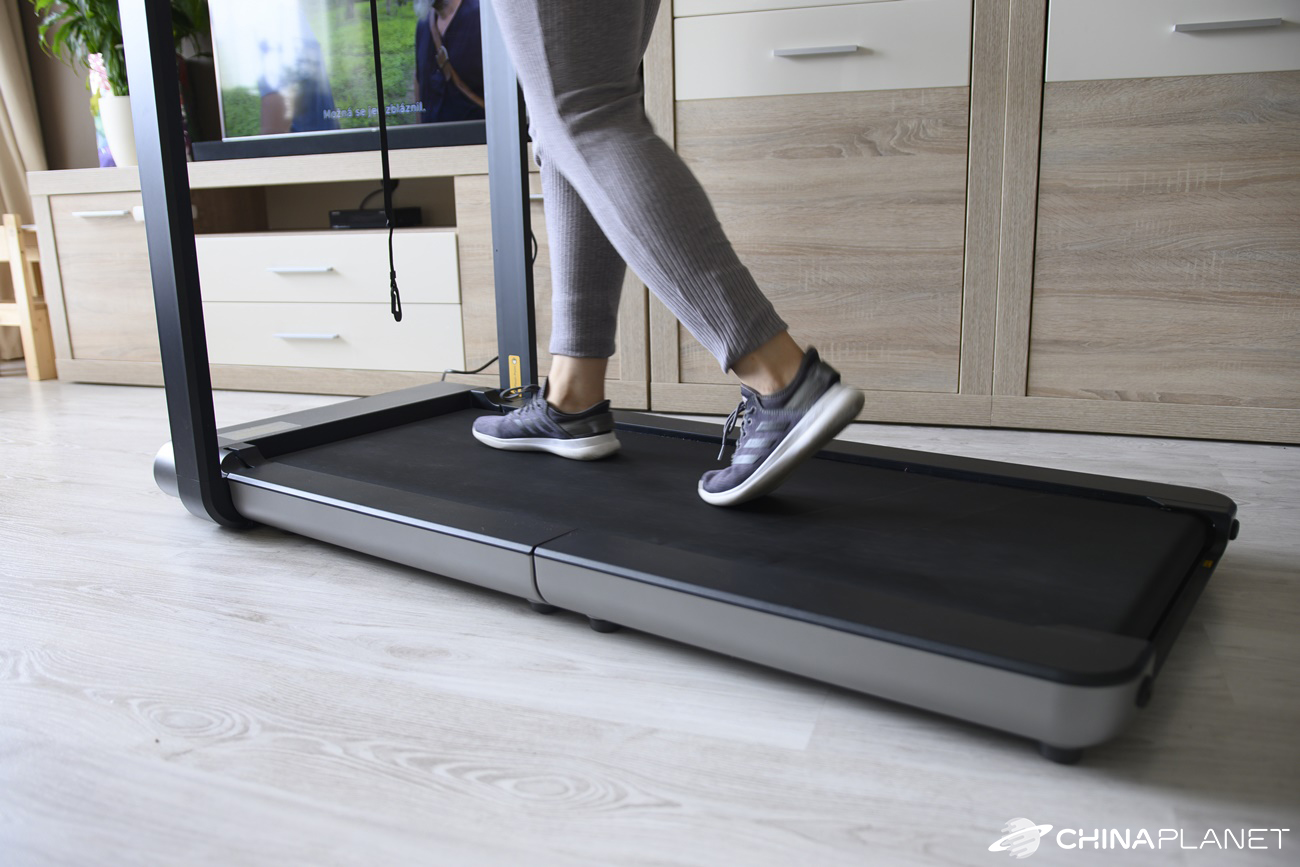 You will be pleased with the folding design, thanks to which the belt does not take up much space during storage, the large and clear display on the top handle and the possibility of connecting to a smartphone application, where you can track your progress.

It's a shame that the engineers didn't think of the fact that the belt's power cable needs to be placed somewhere during storage. We are missing some kind of place or compartment here, where the cable can be placed and the belt can be put away together with it.