Huawei Mate 40 Pro is the new king of mobile photography. Led by DxOMark

Huawei Mate 40 Pro is the new king of mobile photography. He leads the DxOMark rankings

Spoločnosť Huawei presented just a few hours agonami your new flagship smartphone Huawei Mate 40 Pro. The equipment also includes a 50 MPx main camera, which was developed with Leica. He is now becoming the leader in the ranking of the popular DxO Mark portal.

However, the ranking is being rewritten again and the current news is becoming the new leader Huawei Mate 40 Pro. In detailed DxO Mark tests, this smartphone received up to 136 points on the camera's "selfie" page, followed by 104 points.

The advantages of these sensors include, in particular, a wide dynamick range, fast and accurate autofocus for photos but also videos, good depth of field estimation in the "bokeh" mode, but also image balance in videos and more. 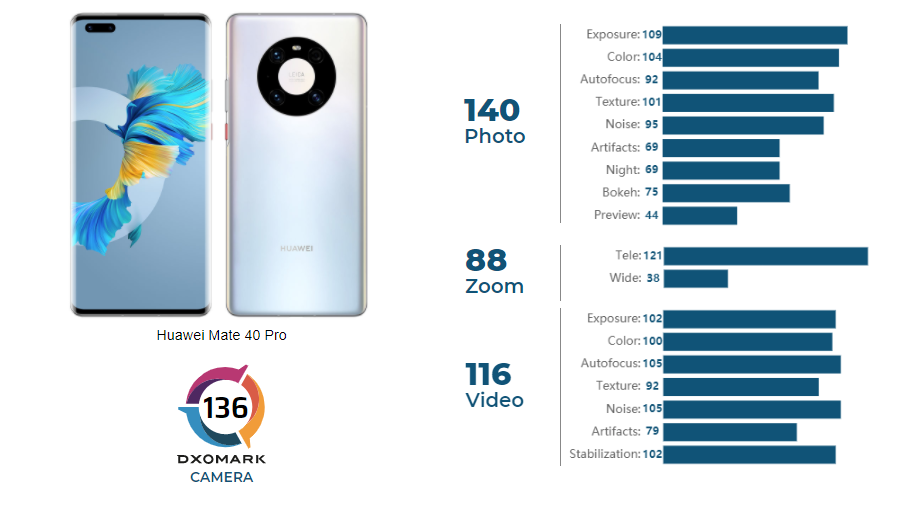 As for the disadvantages of the photographic equipment of this flagship smartphone, it is mainly a narrower field of view, occasional color inaccuracies and artifacts of the so-called "Ghosts" in videos, alternating sharpness in walking videos, and more. Despite these negative features, the Chinese manufacturer Huawei is becoming the new leader in the photographic ranking of the Dxo Mark portal.

Do you like the new flagship smartphone called Huawei Mate 40 Pro? Would you consider buying this device? You can write your observations and opinions to us below in the discussion below the article. Follow our Facebook and portal China Planet and learn more.

The luxurious Porsche Design Huawei Mate 40 RS received an incredible € 2. All this offers