The EMUI 11 superstructure from Huawei will arrive on the 10th. septembra | China Planet

The new EMUI 11 superstructure from Huawei will arrive on the 10th. septembra. It will offer multi-platform support

New superstructure of the operating system from Huawei, EMUI 11, will officially arrive on the 10th. septembra. In addition to new smartphone features, it is likely to offer cross-platform support. This is indicated by a new advertising poster that was released these days.

In recent days, the Chinese manufacturer Huawei has officially announced the first information about the planned superstructure of the operating system with the designation EMUI 11. It is a traditional superstructure of the operating system, the upcoming version of which was officially announced at the Huawei Developers Conference 2020. 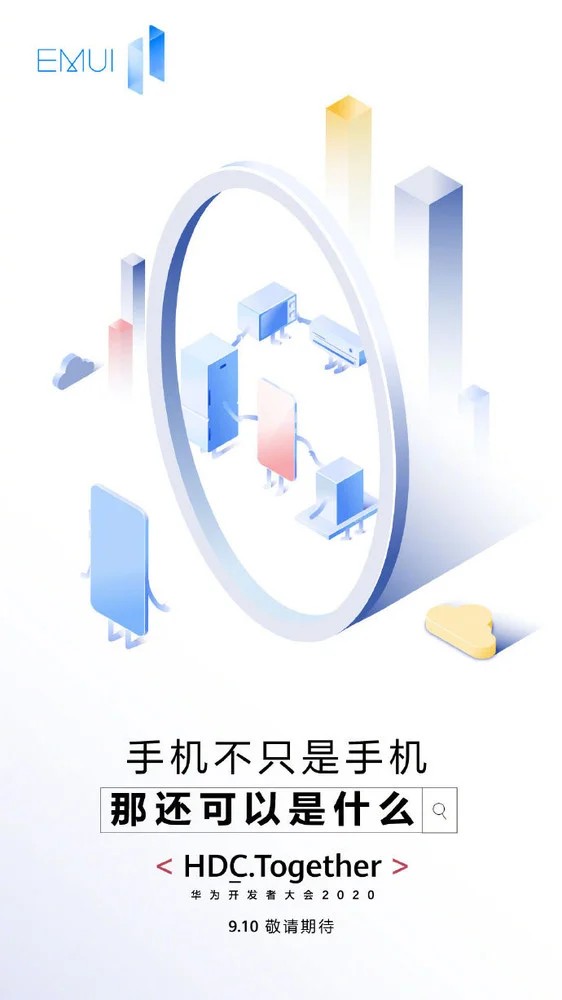 We can also find a new slogan in the official post on the Chinese social network Weibo. He claims: "Add wings to the imagination, mobile phones are not just mobile phones, what else can they be?". Huawei has long been striving to achieve its own and smoother ecosystem of products, which may be encountered by the aforementioned slogan.

According to the company's shared advertising poster, we can see different devices. Whether it's a refrigerator, air conditioning or other household appliances, all of them are connected to a smartphone. This may indicate the preparation of software for multiple platforms or a feature that will allow you to use smart appliances even more efficiently.

Huawei also emphasized that their mobile phones are not just mobile phones. We do not yet know what he means by this password, but it is possible that we will learn new information in the coming days. The new superstructure will be officially presented in a few days, on the 10th. septembra 2020.

EMUI 11 will thus become the latest version of the graphical software extension of the Android operating system from Huawei. Wang Chenglu, president of Huawei with a focus on software, said that the new superstructure will be more advanced and style resp. design EMUI 11 will differ significantly from the current version of EMUI 10.

Many users have been waiting for this step for years due to the fact that the latest versions of the superstructure did not differ much in terms of design. EMUI 11 will thus come as a major update, which in addition to new features or fixes will also bring a new user interface design and much more.

We are curious what new functions the Chinese company Huawei will prepare for us. Follow the portal China Planet and learn more.

Huawei Y9a will be a global version of the new Huawei Enjoy 20 Plus. The Helio G80 also offers 40 W charging

Get ready for the sale on 9.9 Banggood VIP Day. We have a brutal database of 1000+ coupons