Honor X10 Max 5G has appeared in the Geekbench database. Before the official performance

Honor as a subsidiary of a Chinese company Huawei is preparing his new 5G smartphone. It should be specifically a model with a label Honor X10 Max 5G, whose equipment and performance test results were revealed by the database of the popular Geekbench service. These leaks occurred before the official introduction of the smartphone.

The latest information has revealed that the upcoming smartphone Honor X10 Max 5G should be officially introduced as early as July 2, 2020. We also know the code name of this model, specifically the KKG-AN00. And it was this designation that appeared in the database of the Chinese telecommunications office TENAA with technical specifications and pictures. 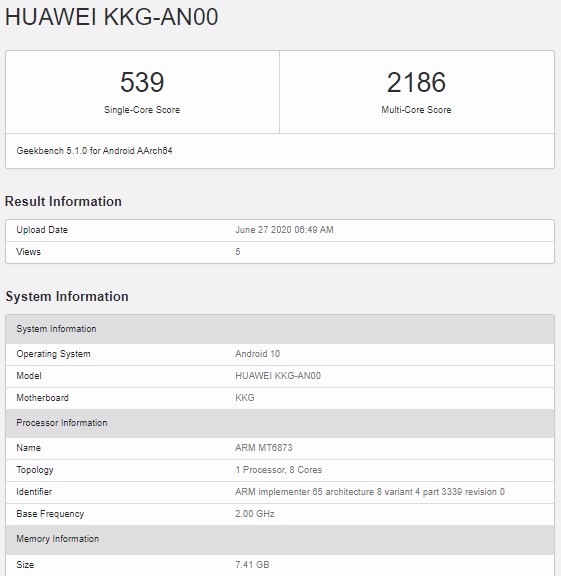 To add to the new revelations, the phone also appeared in the database of the popular Geekbench service, which tests the performance of individual smartphones. This disclosure only helps to confirm the key details of the device. In the Single-Core test, the smartphone scored at the level of 539 points, in the Multi-Core subsequently 2186 points.

These are technical specifications

New to Honor, according to Geekbench, should be powered by the brand's eight-core processor MediaTek. It should have a fundamental frequency of 2,00 GHz. Specifically, it should be the model number MT6873which belongs to the Dimension 800 5G series.

The processor with support for the latest 5G technology should be supplemented with up to 8 GB of RAM. The latest operating system in Android 10 should not be missing from the software page.

Previous leaks have revealed that model Honor X10 Max 5G should offer a really large, up to 7.09 ″ display with IPS LCD technology and a drop - shaped cutout. There will be RGBW technology for better brightness in sunlight or a fingerprint sensor located on the side.

The dimensions of this device should stop at 176,46 x 84,91 x 8,3 mm. The weight of this powerful smartphone should climb to 227 grams. It should also be included in the equipment 48 MPx main camera, complete with a pair 2 MPx sensors. The front camera offers resolution 8 MPx. 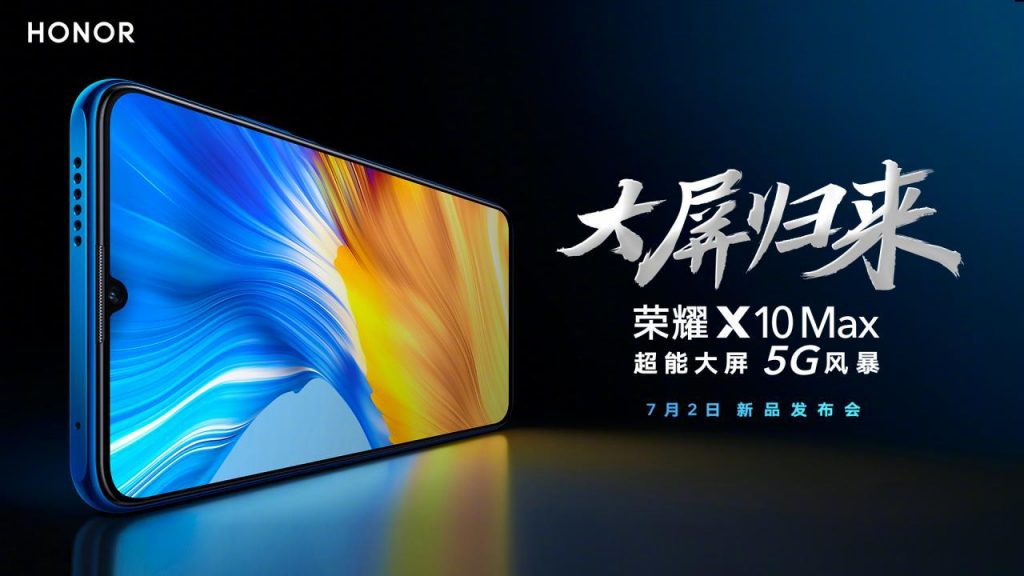 In the Chinese domestic market, the arrival of 6/8 GB RAM and 64/128 GB storage configurations is estimated. A microSD memory card slot will be available to expand it. The capacity of the battery should be around the level of 4900 mAh, there will be no shortage of fast 22,5 W cable charging. We do not know the selling price of the device yet.