In July of last year, we received the HONOR 9X model from the Huawei subsidiary, along with its "Pro" edition. Just a few hours agonami however, we have registered the introduction of a new generation of the model range. It is represented by the HONOR X10 smartphone.

The HONOR X10 is the first model in this series to support a state-of-the-art 5G connection. As you may have noticed, the naming of the device is not 10X, as would be expected given its predecessors, but X10 5G.

This step can also be justified due to the presented, competing smartphones Redmi 10X 5G and Redmi 10X Pro 5G. However, if we compare the novelty with its predecessor, we will find that, unlike it, there is 5G support and a larger screen without some disturbing cutouts. 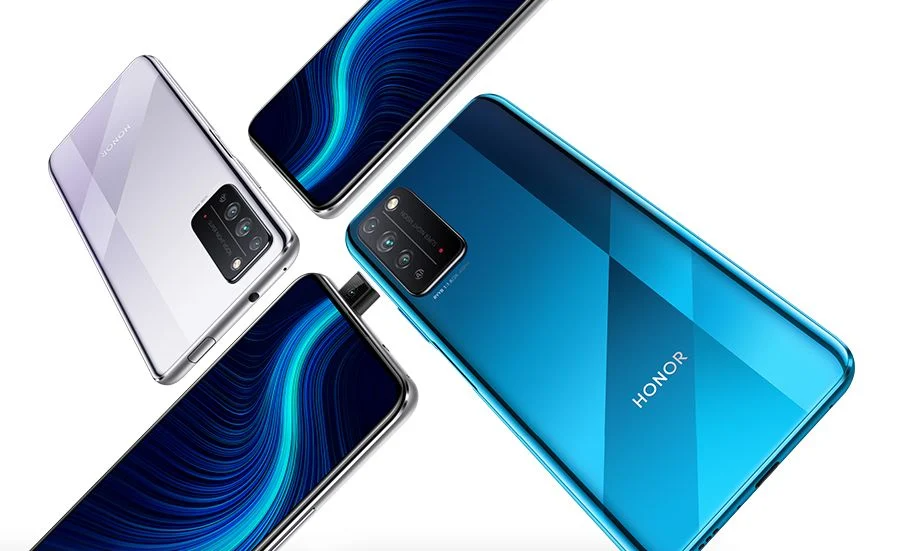 Then there's the flagship flagship camera, along with a larger battery that also supports fast charging. HONOR X10 5G is constructed of glass. It has dimensions 163.7 x 76.5 x 8.8 millimeters and a slightly higher weight of 203 grams, which is understandable given the size of the phone.

The ratio of the screen itself to the front is reportedly even higher. However, when it comes to the smartphone display, the biggest advantage of the novelty is the higher, 90 Hz refresh rate with 180 Hz touch response.

The traction engine of the device is new Kirin 820which of course supports 5G networks up to a download speed of 1003 Mbps. The performance is further taken care of by i LPDDR4X RAM, in combination with an internal storage of type USF 2.1.

A dedicated slot for the NM memory card, which is known to us from other newer works from Huawei and HONOR, has also found its place on the smartphone. About endurance per one fast charge about power 22,5 W will take care of the battery with capacity 4300 mAh.

The operating system has become the latest Android 10, with user superstructure Magic UI 3.1. We owe the absence of the cut-out to the motorized mechanism for the front camera with a resolution of 16 MPx.

The beautiful back is dominated by a quartet of cameras, with their main "commander" having 40 MPx. It's the same Sony IMX600Y sensor, which can be found in prestigious models, such as the HONOR V30 Pro or in the folding Huawei Mate Xs.

The second sensor has 8 MPx and is an ultra wide angle lens. There is also a 2 MPx sensor for measuring the depth of field. The image processing processor in the Kirin 820 chip is identical to that in the flagship Kirin 990 5G. The phone is then capable of recording 4K UHD videos. He doesn't even have problems with a super slow motion recording at 960 fps.

A price that adds to the phone's interest

Finally, we will mention the location of the fingerprint scanner. Since we can't find an OLED panel here, we will see "only" the reader on the side. However, it is extremely fast and the smartphone can be unlocked in a third of a second.

From connectivity, we must not forget to mention support dual SIM, Wi-Fi 802.11ac, low-energy Bluetooth 5.1, GPS, USB-C or even a 3,5 mm audio jack for wired headphones. The pricing of the new HONOR X10 5G is as follows:

The model will be available in Racing Blue, Light Speed ​​Silver, Burning Power Orange and Speed ​​Black. The company will also produce customizable packaging for buyers of this phone.

The first piece will be sold already May 26 in China and we do not yet have any information on the availability of the model outside the domestic market. However, we hope that we will also be able to try the novelty.