Chinese brand iQOO preparing his next flagship iQOO 10, even in a special legendary BMW edition. And the first renders with the design of this smartphone have appeared on the Internet, including the iconic elements of the famous German carmaker.

In the last few days, we have witnessed several leaks and rumors about the upcoming series of flagship smartphones with the designation iQOO 10. The tenth generation should appear on the Chinese market soon, and this time the first renders give us a look at the standard as well as the legendary BMW edition of the device.

The leaked renders come from a well-known profile with the nickname Ice Universe. At first glance, the smartphone should feature a powerful rear camera module. This module has a rectangular shape, three integrated sensors, as well as an LED flash. The image reveals a matte white color processing device that has a smooth back wall as well as a black textured finish. 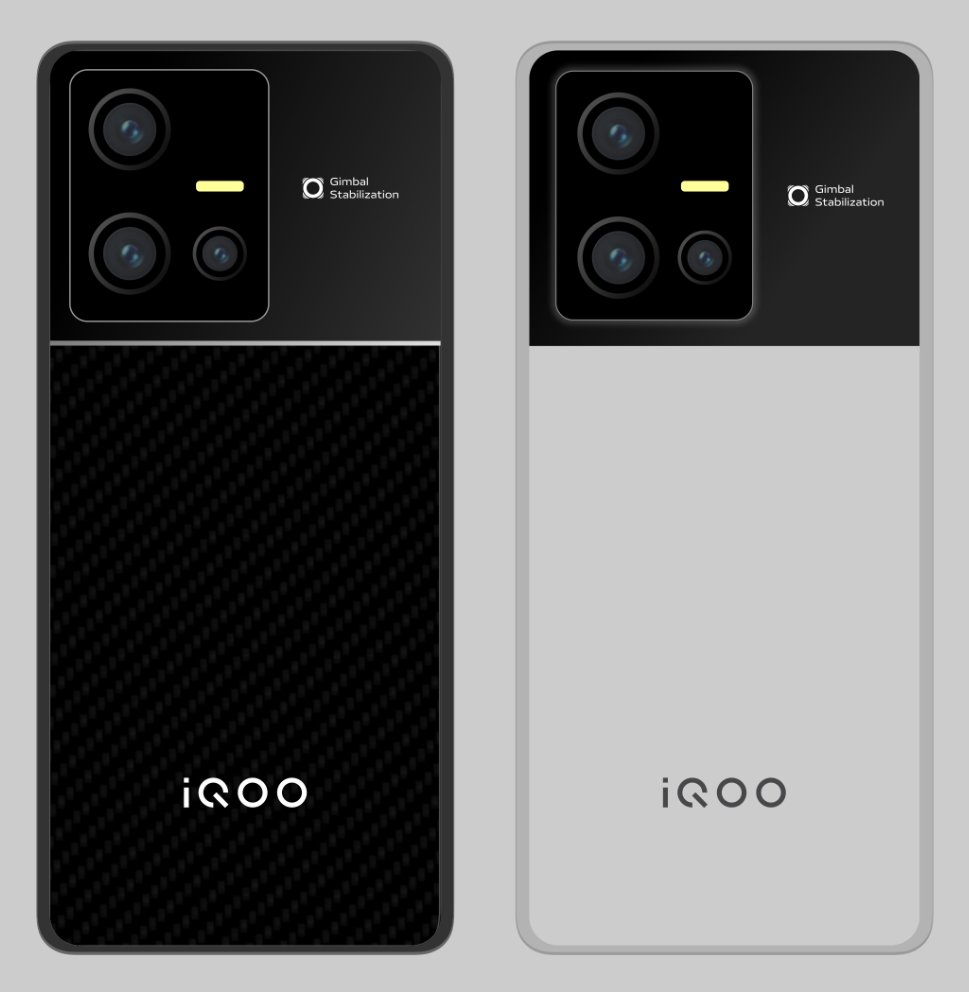 However, the big news is the improved stabilization of the camera, which should include an integrated "gimbal." In other words, we can expect a strong focus on sophisticated image stabilization (OIS), the output of which should resemble just gimbal stabilized image. We could see a similar technology in Chinese devices from the Vivo brand, for example.

According to the leaks, the premium device will contain a major 50 MPx sensor (1 / 1,5 ″). However, other details as well as the other two cameras are still unknown. The prerequisite is an ultra-wide-angle sensor complemented by a telephoto lens with optical zoom.

The series is expected Article 10 will be launched on the Chinese market during the month of July. We still have a few days to weeks until the official performance, and from the source of Digital Chat Station we already know the renders of the legendary BMW edition of this device. 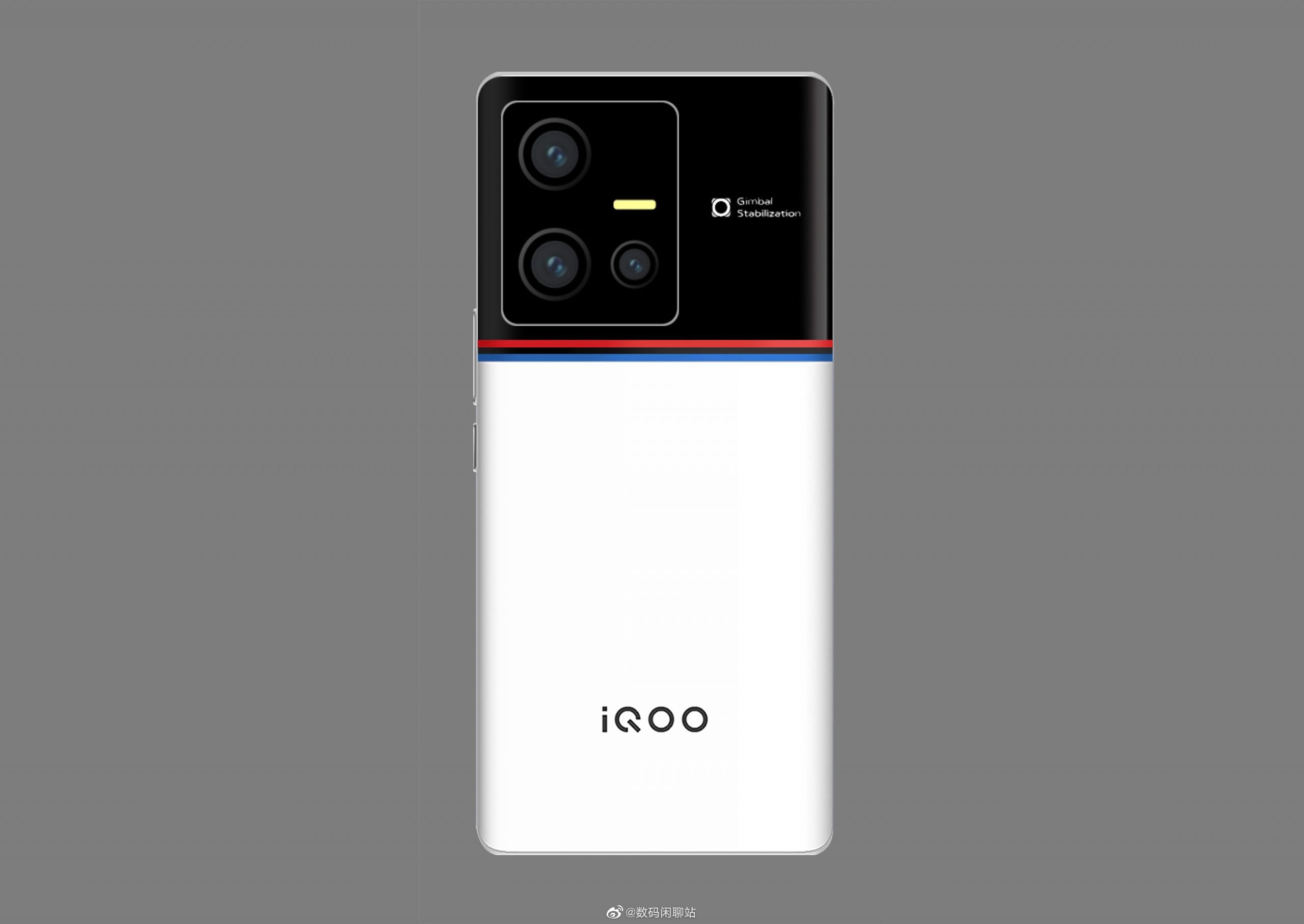 iQOO 10 v BMW edition should offer a two-tone back wall design. In the upper part of the back there will be, similarly to the standard version, three cameras with LED flash and the so-called "Gimbal" image stabilization. The red-black-blue-blue stripes typical of the BMW M brand cannot be missing below. The rest of the rear wall should be made of aramid fiber, while also containing the iQOO manufacturer's logo.

it seems that Article 10 will go on sale in three versions - black, gray and white. The same color should offer the same colors IQOO 10 PRO. However, this is still unofficial and unverified information, at the level of speculation.

These are the expected technical specifications

Based on the leaks, we can assume that the basic model iQOO 10 will be equipped 6,78 ″ OLED screen with Full HD + resolution. This panel will support a high refresh rate of up to 120 Hz and will also include an integrated fingerprint sensor. iQOO 10 Pro should include an OLED panel with curved edges, and up to Quad HD + resolution, refresh rate 120 Hz and ultrasonic fingerprint sensor in the display.

A flagship processor, not yet introduced, should take care of the performance Qualcomm Snapdragon 8+ Gen 1 (for model iQOO 10 Pro) resp. flagship equivalent of the MediaTek Dimensity 9000+ processor (for iQOO 10). In addition to the above 50 MPx main camera we can also look forward to support 120 W ultra-fast charging. However, there is speculation that the Pro version will be the first smartphone in the world to offer a level of charging power 200 W, and also offers fast wireless charging with a power of 65 W.

How do you like the upcoming iQOO 10 flagship smartphone in the legendary BMW edition? If you have any other questions about this interesting device, feel free to write them to us below in the discussion below the article. Follow our website too China Planet, subscribe to the newsletter and join us also to our group on Facebook.

Folding Vivo X Fold at our trading partner Shenzen! It has a Zeiss camera, a dual fingerprint sensor and a fixed hinge