Ranking of the most powerful smartphones for the month of October from AnTuT: Mate 40 Pro reigns

Right from the beginning of the new month, we have the statistics of the best smartphones for the last month - October. How did smartphones turn out in AnTuTu rankings?

Just a few days after the start of the new month, we have new, up-to-date ranking statistics here again AnTuTu. Which smartphones were in the TOP 3, TOP 5 or TOP 10 this time? You will find out below. He could already read from the title that the latest controller of the flagship smartphones only recently introduced Huawei Mate 40 Pro. 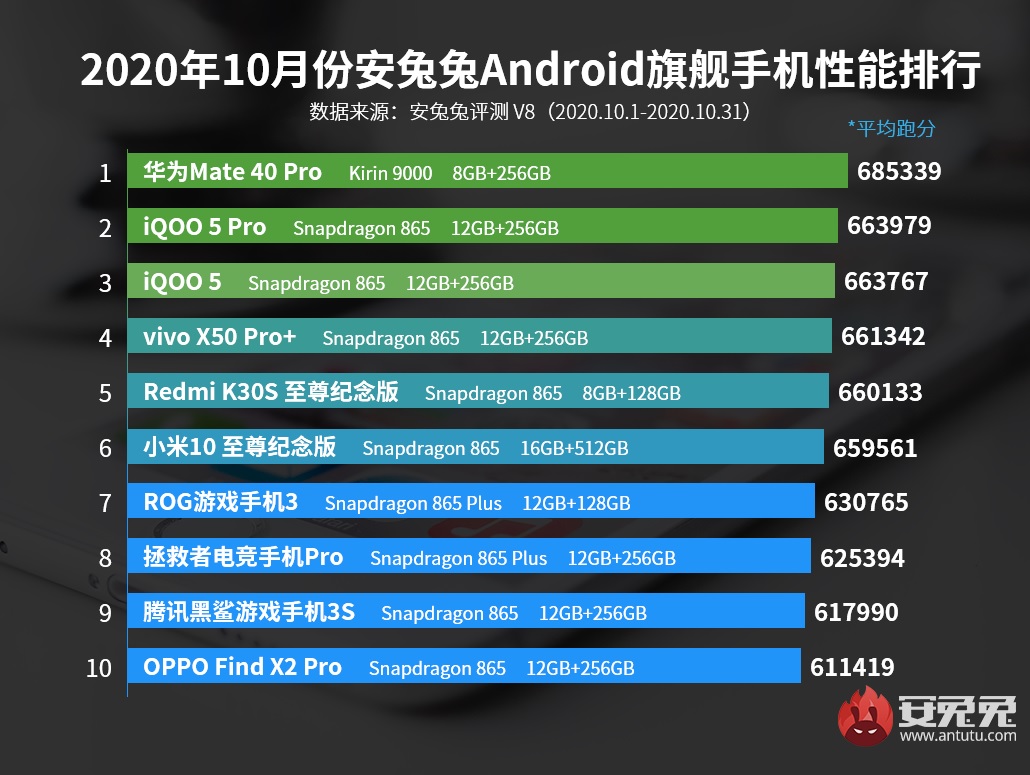 smartphone Huawei Mate 40 Pro in addition to the top processor, it is also equipped with 8 GB operating memory RAM along with 256 GB internal storage. It's not the most, but not the least. The Mate 40 Pro was enough for its championship. In the AnTuT Benchmark, the smartphone achieved an incredible score 685 339 points.

Compared second place, on which he is from the first place forfeited IQOO 5 PRO leads Huawei by above 21 000 points, which is not a small thing in this case. Third place concludes the classic Article 5, who also fell from 2nd place to 3rd place. Ranking TOP 10 flagship smartphone closes OPPO Find X2 Pro s 611 419 points.

The upper middle class has not changed significantly

In addition to the ranking of flagships, we must not forget the middle upper class, which is also very interesting. As for the upper middle class ranking, the smartphone takes the lead again Redmi 10X Pro 5G. The following is a classic 10X 5G a model that, like the Pro model, is approaching the limit 400 000 points. 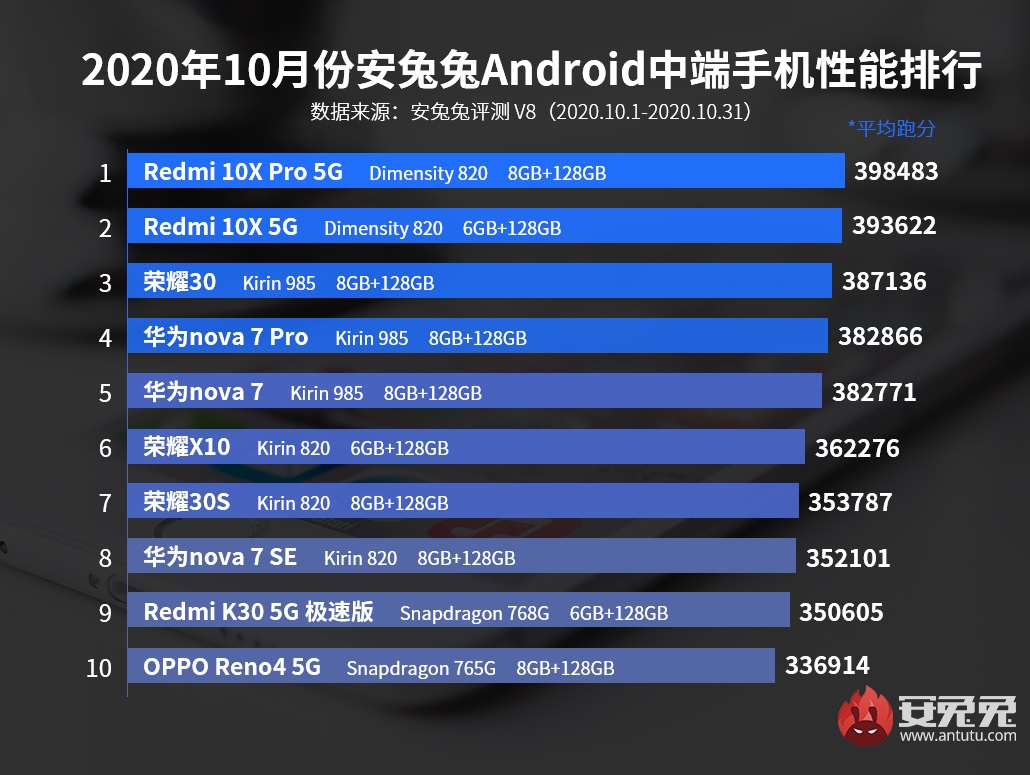 Relatively diverse representation of the company Honor only the manufacturer adds Oppo. With a model Reno 4 5G placed on the last, 10th place overall ranking. Against the moon septpractically nothing has changed in ember, except for the cities 4 to 5. Here they swapped models Nova 7 and 7 Pro from Huawei.

Ulefone Armor 7 is a durable smartphone with wireless charging and 8 GB RAM. It hadn't cost that much yet

This will be called a large power bank. KUULAA has 50 mAh, USB-C, display and fast charging